Verstappen to use sim racing to stay sharp during summer break

Red Bull's Max Verstappen is grateful to be getting a break from a relentless Formula 1 season, but admits he won't be able to resist sneaking in a sim race or two to get his racing fix. 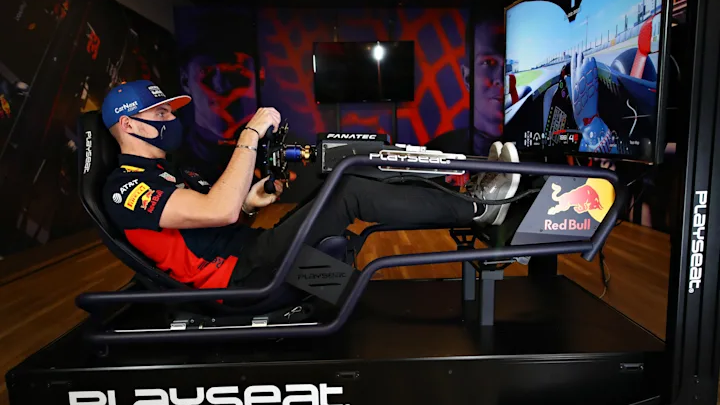 With Formula 1 into the first week of the mandatory summer break, the drivers have a little bit of respite from the frantic schedule of the 2021 season.

After a first half-season of turmoil and emotional highs and lows, Max Verstappen has taken the opportunity to visit St. Maarten in the Caribbean with his girlfriend Kelly Piquet, and said that it's important to him to be able to take a mental breather.

“I spend most of the break at home," Verstappen told Speedweek.

"In between, I will travel a little. In general, I just want to relax, because I know that the second half of the season will be tough.

"The break is okay. It is very important that you can slow down a little in between and not have to constantly think about when you are training or what you are eating."

Verstappen is well known for taking part in online sim racing, representing Team Redline in many endurance events. Having taken part in a 24 Hours of Spa online race after his Silverstone crash, Verstappen said he will 'probably' look to do something similar before Formula 1 resumes at the Belgian circuit at the end of August.

“I probably will do one or two sim races," he said.

"That depends on whether I'm interested in a race and how much time I have to invest in training.

"Because if I compete, then I want to be able to win too. Spa is my favorite circuit. Of course we hope for a good result there, but I will enjoy every round regardless of the result."