Verstappen admits he and Hamilton 'hated each other'

Max Verstappen has opened up about how his relationship with Lewis Hamilton played out during the battle for the 2021 F1 World Championship. 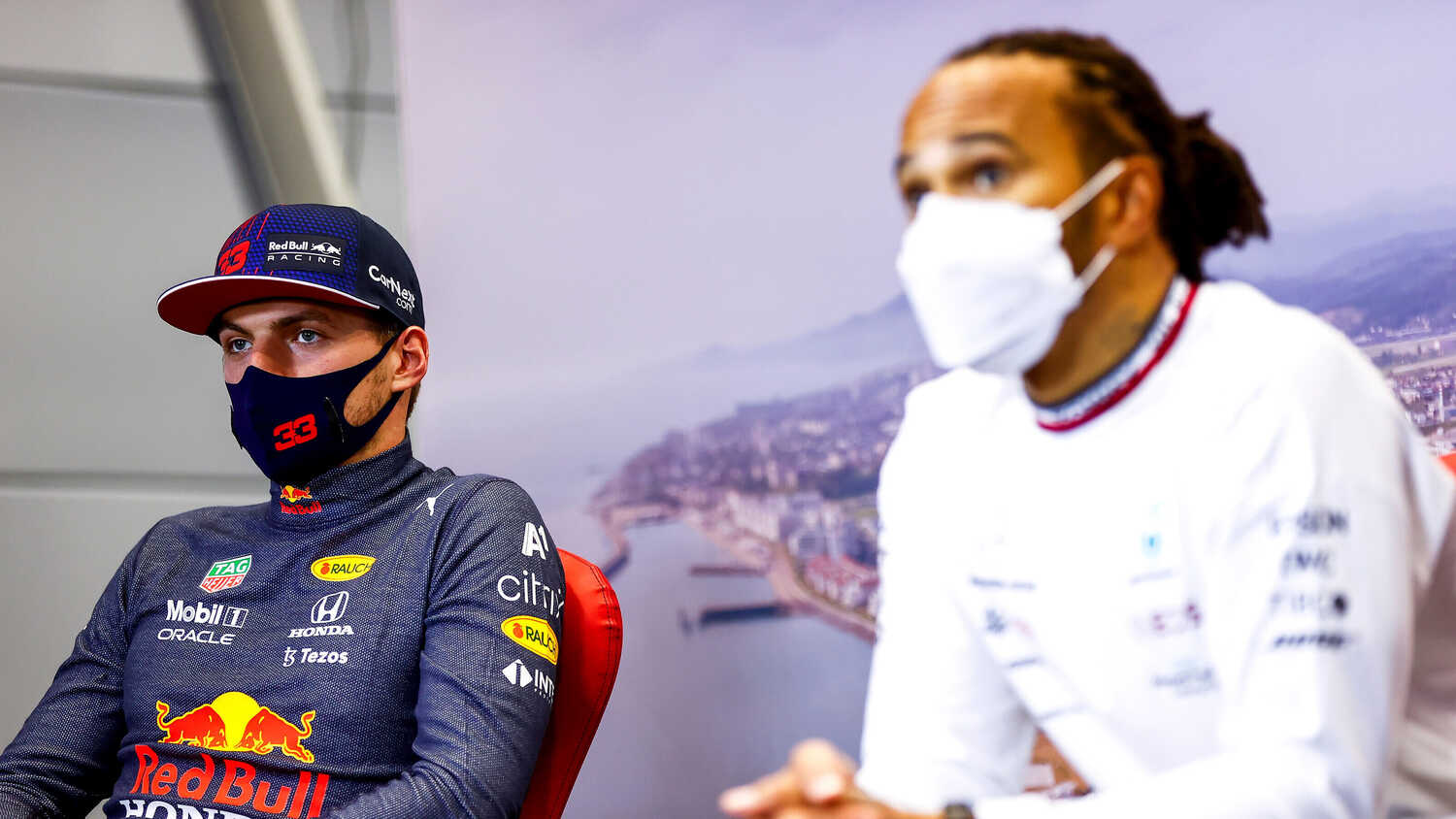 Max Verstappen admits that he and Lewis Hamilton sometimes "hated each other" whilst fighting for the title in the 2021 season.

The pair went head-to-head in a closely fought battle for the World Championship, with the rivalry occasionally resulting in some tense moments both on and off the track.

However, whilst relations between them may have been strained at times, Verstappen thinks that their relationship returned to normal after they acknowledged each other following Verstappen's title victory at the Abu Dhabi Grand Prix.

"You look each other in the eye," Verstappen told the BBC. "You don't say a lot but you do relate a lot and you really appreciate the fight.

"Sometimes we did hate each other, but that's fine. That's the competitive spirit of both of us. He is an incredible driver."

There has been much controversy surrounding the manner in which the season-closing race in Abu Dhabi - and with it the championship - was brought to a close.

A Safety Car was called five laps from the end of the event, leading Verstappen to pit for fresh Soft tyres whilst Hamilton remained on track in the lead on an old set of Hards.

With just one lap remaining, the Safety Car was called in, and the five cars in between Verstappen and Hamilton were allowed to unlap themselves. Verstappen was able to catch Hamilton and overtake him, meaning that the Red Bull driver clinched the race win as well as the title.

Hamilton was seen congratulating Verstappen after the Grand Prix, but in a previously unheard radio message from the final moments of the event, the Briton was heard saying: "This has been manipulated, man."

Despite this, Verstappen believes that he and Hamilton continue to hold a high level of respect for one another.

"Emotions run very high. It has done before, throughout the season, so I think that's normal," the Dutchman said.

"What was nice was that immediately after the race, he came up to me. We had our moments throughout the year when we clashed but we really respect each other.

"We have pushed each other to the limit. Most of the time - all the racers - we were on the limit of what we could do, what the car could do.

"Also for the teams, they were under pressure to make the right calls. We always have to deliver our best otherwise we knew the other guy would beat us. We can look back at it and really cherish that."

Will the rivalry continue?

Verstappen can understand the difficulty faced by Hamilton in losing out on the title, but hopes that their rivalry will continue into the 2022 season.

"It must have been incredibly tough on Lewis and the team, but he has won seven titles, so maybe that comforts him in a way," Verstappen added.

"Next year, I'm sure he will be delivering to his very best, which is a very, very high level.

"It depends on how our cars are, but personally I hope [the rivalry with Hamilton continues]. He's been an amazing competitor. It has been a real pleasure driving against him."