Vergne: Vettel laughed at me for joining Formula E

Formula E Champion Jean-Eric Vergne has revealed that Sebastian Vettel initally laughed at him for joining the all-electric Championship, but has since had a change of heart.. 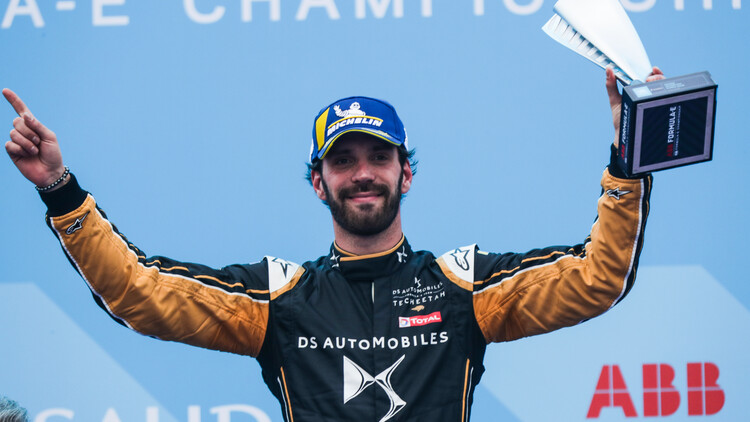 Jean-Eric Vergne has revealed that, when he initially signed up to race in Formula E, his colleague Sebastian Vettel laughed at the idea.

Vergne raced in Formula 1 with Red Bull backing, driving for Toro Rosso between 2011 and 2014. Following that, he switched to Formula E as well as dovetailing a role at Ferrari as a test and simulator driver. As a result, Vergne was in constant contact with Vettel, who initially laughed when the French driver joined Virgin as a fulltime Formula E racer.

"When I arrived in Formula E, I also became a reserve at Ferrari, so I was often with [Sebastian] Vettel," Vergne told Motorsport France.

" He laughed a little in my face when I went to Formula E, he said, 'What the hell are those lawnmowers?'"

But Vettel has become increasingly environmentally aware as he's grown older, and Vergne said that the four time World Champion has since changed his stance on the all-electric series.

"It didn't take long for him to start to say that Formula E was also the future, that it was good, that F1 was not doing enough on electric mobility, on zero carbon emissions, and that Formula 1 should do more like Formula E.

"Already, the opinion of a quadruple World Champion which has changed quite radically in a few years also shows that the point of view of all people has changed."

Vergne went on to explain that he himself had questioned his switch to Formula E when he initially signed up, but is proud to see how much the series has grown and matured.

"At the beginning, it's true that even when I arrived in Formula E, I said to myself 'what am I going to do here', racing in electric cars still seemed enough to me," he said.

"crazy. In the end, seven years later, we are here. We have an FIA World Championship. I think a lot of drivers who did not want to be in Formula E before dream of being here, because it is also the one of the only championships where the drivers are paid.

"Until proven otherwise, I believe that there is no driver who pays to drive in Formula E, which is not the case in Formula 1, for example.

"The business model is still not bad, all the teams are fighting for podiums, for points, which is not the case in other championships. That these teams are also able to pay the drivers, it still shows that it is a healthy championship."