Alfa Romeo team boss Frederic Vasseur has said that Theo Pourchaire could yet end up in a race seat in 2022, after giving the Sauber Academy driver a test day in Hungary. 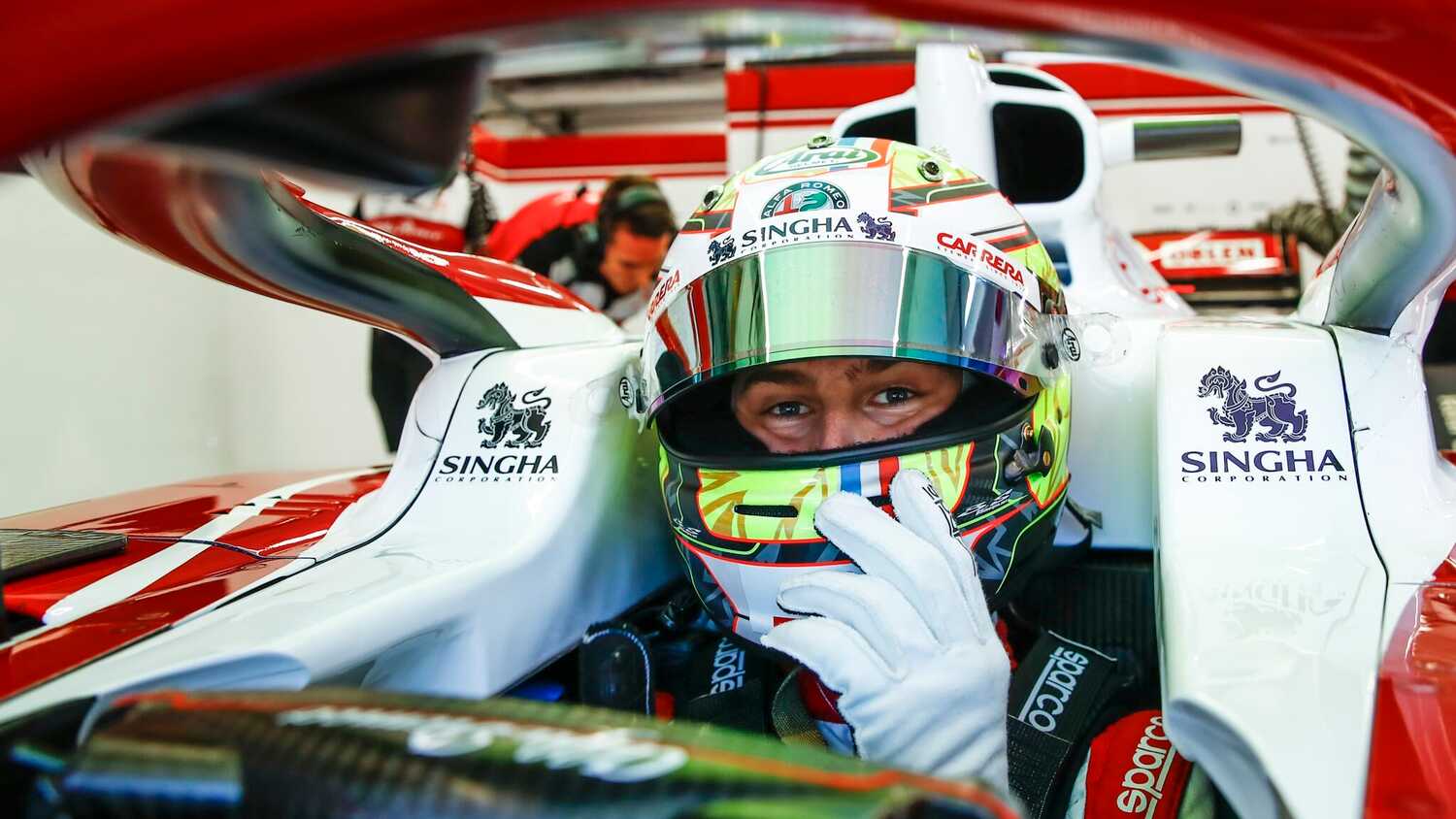 Frederic Vasseur says that Sauber Academy driver Theo Pourchaire is a genuine prospect for the team for 2022, with Alfa Romeo still yet to confirm their driver line-up for next season.

The 18-year-old French driver, who only recently became eligible for an FIA Super Licence, is currently racing with ART in Formula 2 and has impressed in his debut season. Currently sixth in the standings, Pourchaire won the feature race at Monaco earlier in the year.

After the Hungarian Grand Prix, Alfa Romeo gave their junior driver a test in the 2019 C38 at the Hungaroring, and team boss Vasseur hasn't ruled out potentially giving him a race seat.

"Considering for next year, I don't know, but I'm considering Theo!" Vasseur told media, including RacingNews365.com.

Having let Pourchaire loose at the Hungaroring with their 2019 car, Vasseur spoke about the intent behind the test, explaining that it was to give their young prospect a chance to hone his skills in other areas of development.

"Yeah, it went pretty well," said Vasseur. "We decided to give one day to Theo and it was the plan. He did a fantastic start of the season, he did a fantastic job in Monaco. But we don't have to rush the situation.

"It was also for him to have the test of the technical side of F1. Not just about driving, but to give him the opportunity to work with the team and to understand a little bit more about technique.

"He's doing some simulation days in Hinwil and it makes sense to have a contact with the reality because, if you want to compare, you need to know exactly what is the reality.

"I think he did a good job. It's never easy because you start the day [being told], 'You're not allowed to crash', and don't remember this. And then, at the end, 'OK, you have to push more!'. We have to keep in mind the target was to give him experience, to give him the feeling of the car and the test went very well."

But Vasseur refused to be drawn into revealing when or where the team might confirm their driver line-up for next season.

Question marks remain over whether veteran World Champion Kimi Raikkonen will seek to stay on in Formula 1 for 2022, or whether Antonio Giovinazzi will be kept on in light of his Ferrari junior status.

Vasseur explained that the test for Pourchaire won't have changed anything in his eyes.

"I did not want to be impressed by the test. The target of this was to give him experience," he explained.

"It's like a domino. I need to discuss with Kimi to know exactly what we want to do together. Soon. Don't worry, soon."