FIA President Jean Todt, a long-time friend of the Schumacher family, has given some rare insight into Michael's condition. 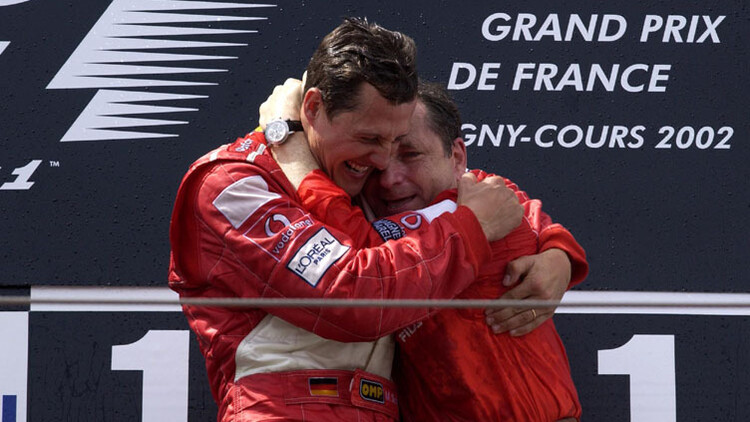 Jean Todt, the FIA President and a long-time friend of the Schumacher family, has shared some rare thoughts about their living situation, almost eight years on from the skiing accident that left Michael Schumacher with severe head injuries.

The seven-time World Champion was skiing with his family, including now Haas F1 driver Mick Schumacher, when he had a fall that resulted in him hitting his head against a rock. Placed into an induced coma, he recovered sufficiently to be brought home to the family's house in Switzerland in 2014, but has not been seen ever since.

His family have decided against sharing updates about Michael's condition, meaning Todt's comments come as something of a very rare acknowledgement of the situation.

"I've spent a lot of time with Corinna [Schumacher, Michael's wife] since Michael had his serious skiing accident on December 29, 2013. She is a great woman and runs the family," Todt told Germany's Bild.

"She hadn't expected that. It happened suddenly and she had no choice. But she does it very well. I trust her, she trusts me."

Todt didn't go into details about Schumacher's current condition, but said there had been 'consequences' to his survival of the skiing accident.

"Thanks to the work of his doctors and the cooperation of Corinna, who wanted him to survive, he survived – but with consequences," Todt admitted.

"And right now you are fighting the consequences. We hope that things will slowly but surely improve."

Todt's comments come a few weeks before the release of a documentary, simply called 'Schumacher', which will be on Netflix from September 15. The documentary will delve into the life and career of Schumacher, but isn't expected to contain any further details about the German's medical status or life since his skiing accident.

With Schumacher's son, Mick, making it into Formula 1 this season after winning the Formula 2 title last season, Todt said that while there are similarities between father and son, Mick is very much his own man.

"Mick is one of those people who [will] always have a special place in my heart and that of my wife Michelle Yeoh," Todt explained.

"The Schumacher family is very special to us. I wrote a great story with Michael and built a wonderful relationship. And then the children were there.'

"Of course, Michael and Mick are of the same blood and have the same goals, but the conditions [they faced] were completely different."