The deadline for Mercedes' possible appeal of the stewards' rulings in Abu Dhabi is fast approaching... 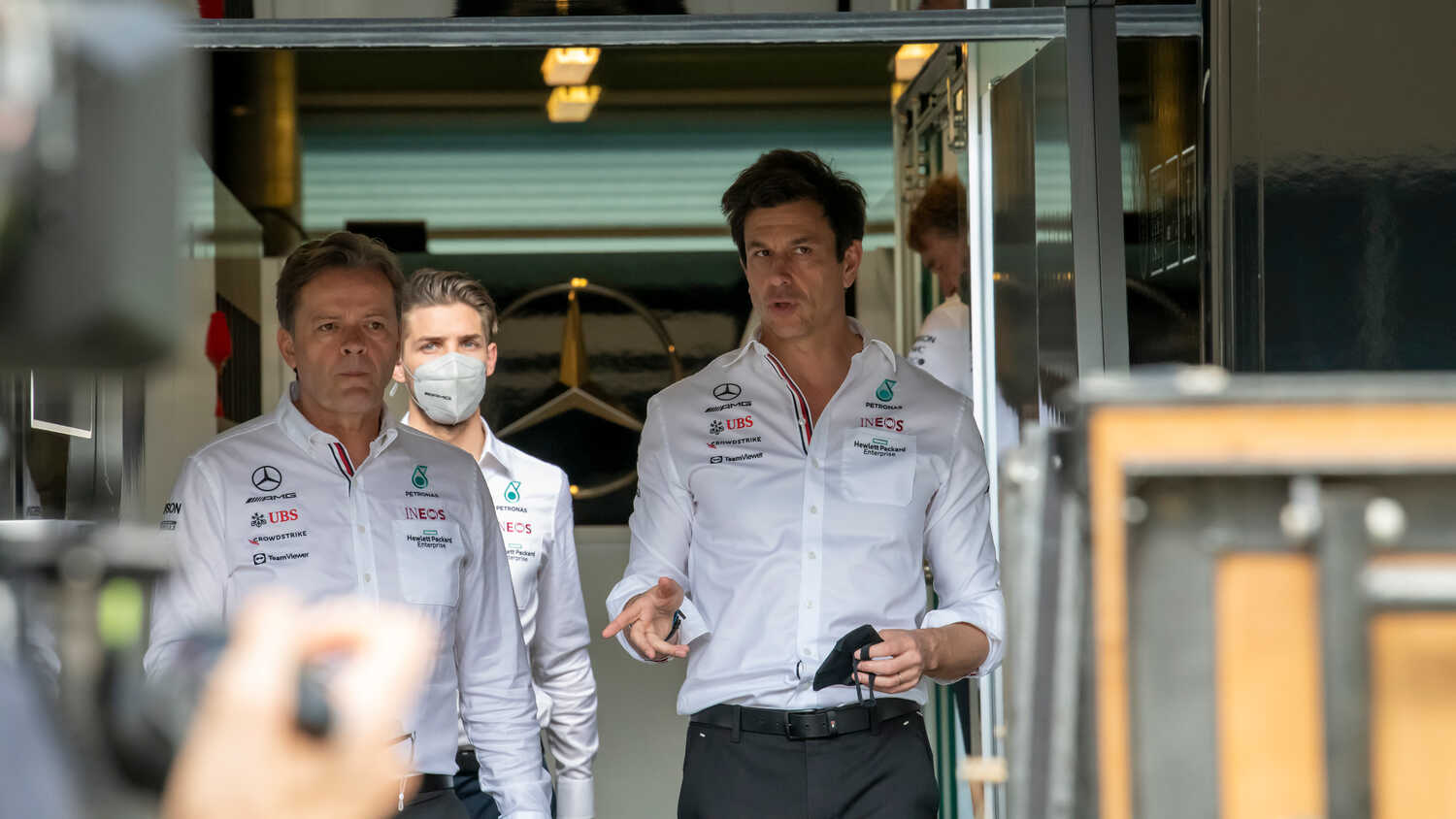 Mercedes are now halfway through the window of time in which they have to decide whether to proceed with an appeal against the stewards' verdicts in Abu Dhabi.

If the appeal is lodged in time, this will keep the final results of the 2021 World Championship somewhat up in the air - a concern for all as the FIA's prize-giving ceremony for the championships is scheduled for Thursday.

Mercedes confirmed on Sunday night that they intend to lodge an appeal against the stewards dismissing their protest regarding a breach of Article 48.12 of the FIA's Sporting Regulations during the Abu Dhabi Grand Prix. This article relates to the rules surrounding the control of lapped cars and the restart procedure for a race during a Safety Car period.

With Lewis Hamilton beaten to the chequered flag by Red Bull's Max Verstappen, the championship swung one way to the other as a result of the calls from Race Control in the closing stages. This prompted the initial protests from Mercedes, with both being dismissed by the stewards.

Under the legal procedures of the FIA, Mercedes have until Thursday evening (96 hours after the stewards' verdict) to formally lodge their appeal. They confirmed their intent to appeal with the stewards in the immediate aftermath of the ruling to dismiss the protest.

This deadline is around 19:30 UK time on Thursday, 16 December. If the appeal is not lodged by that time, Verstappen's championship is secure.

If the appeal is lodged, then the case will go before the FIA's International Court of Appeal. This would mean that Mercedes and the FIA, as well as Red Bull as an interested party, would head to Paris for a tribunal.

A full analysis of the situation, with arguments from all relevant parties, would then be thrashed out in court. Unfortunately for Verstappen, the window for the hearing is a minimum of 15 days from the protest being lodged. This would mean confirmation of his title would have to wait until, at least, January.

Are they likely to proceed?

RacingNews365.com understands that Mercedes have decided against continuing with their appeal, but this is yet to be confirmed.

Given that the stewards' verdicts clearly covered the decisions made by Race Control under the Sporting Regulations, Mercedes' argument does appear somewhat tenuous and, thus, they may decide against continuing their case.

Rumour has also suggested that Hamilton himself has requested team boss Toto Wolff and Mercedes to drop the case, although this is also unconfirmed.

A likely scenario is that Mercedes will simply decide against the appeal, citing a wish to not further drag the reputation of Formula 1 down through a lengthy court battle.

What will Mercedes do? We should have our answer by Thursday evening.