Ferrari not only looked increasingly strong in their battle with McLaren at the United States Grand Prix but also showed pace in another aspect of the race. 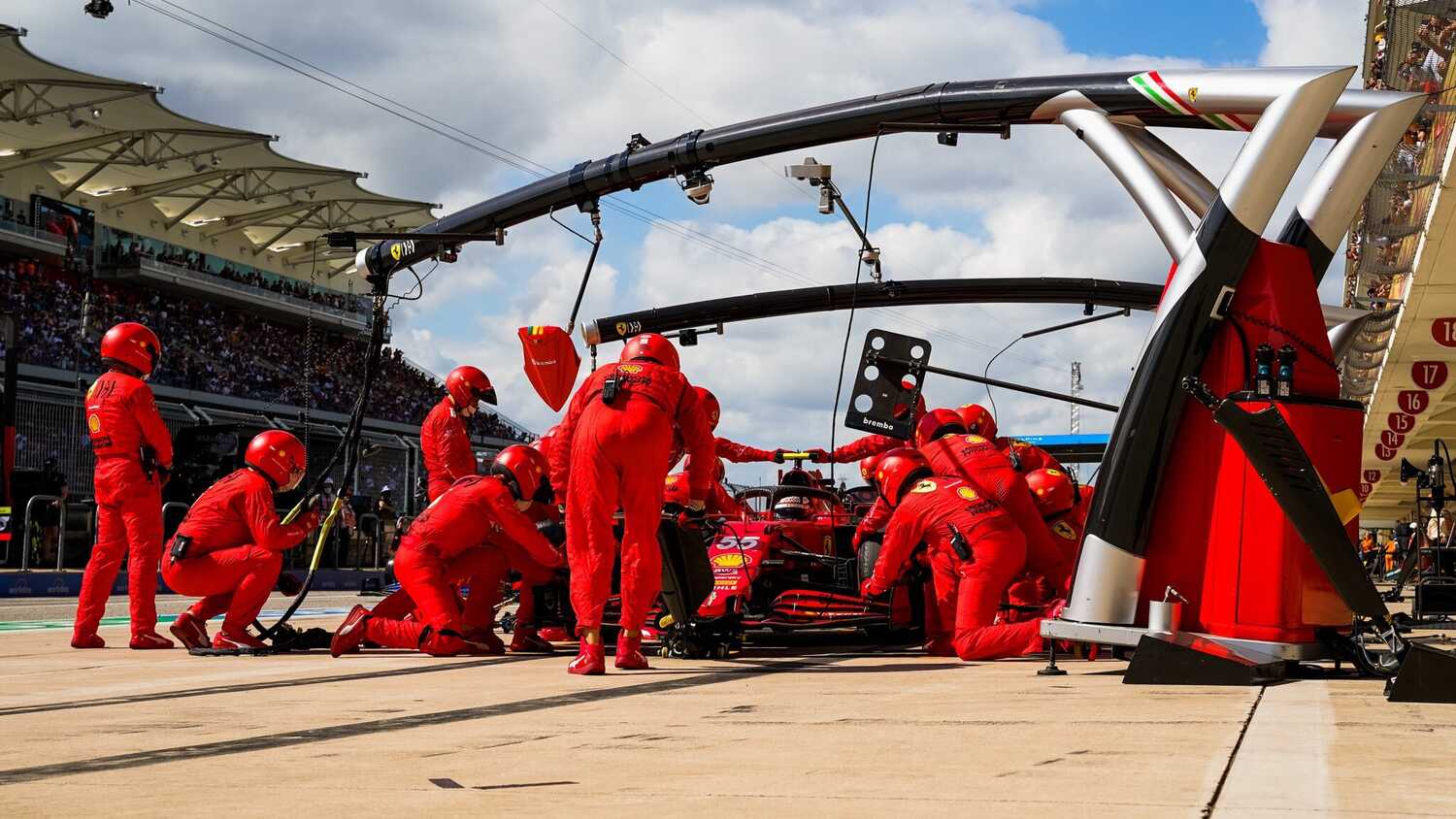 Ferrari had a strong weekend at the United States Grand Prix; not only did they close the gap to McLaren in the Constructors' Championship, but the Scuderia also beat Red Bull to achieve the fastest pit-stop of the race.

Max Verstappen's squad are known for their impressive stops, and have claimed the DHL Fastest Pit Stop Award at 10 races this season, more than any other team.

However, it was Ferrari who took the accolade at the Circuit of the Americas for the first time this year, with a pit-stop of 2.24 seconds on Carlos Sainz's car.

Meanwhile Red Bull achieved a time of 2.4 seconds for Verstappen which, despite seemingly not being far off the pace of Ferrari's stop, was slower than those performed by Aston Martin, Alpine, Mercedes and Alfa Romeo.

New rules were introduced for pit-stops at the Belgian Grand Prix, resulting in the process being marginally slower than before. Since this came into effect, Red Bull have not been quite as dominant in terms of having the fastest stops, with other teams including McLaren and Mercedes taking the fastest pit-stop accolade at some recent races.

Meanwhile, Ferrari's quick stop in Austin marks what was an all-round promising performance for the team. Sainz enjoyed some close battling with the McLarens of Lando Norris and Daniel Ricciardo during the race, and eventually finished in seventh, two spots behind Ricciardo but one ahead of Norris.

Charles Leclerc had a particularly impressive day. The Monegasque claimed fourth, and this has contributed to the team edging ever closer to McLaren in the battle for third place in the Constructors' standings.

McLaren are now ahead by only four points with five races still to go. As for the drivers, Norris holds fifth place in the World Championship with Leclerc behind by 21 points in sixth.

Sainz and Ricciardo – who enjoyed a particularly feisty battle in the Grand Prix – are in seventh and eighth respectively with 17 points between them.