The strategies to look out for at the Brazilian GP

There are multiple strategic options available to the teams which should make for a fascinating Brazilian Grand Prix. RacingNews365.com takes an in-depth look. 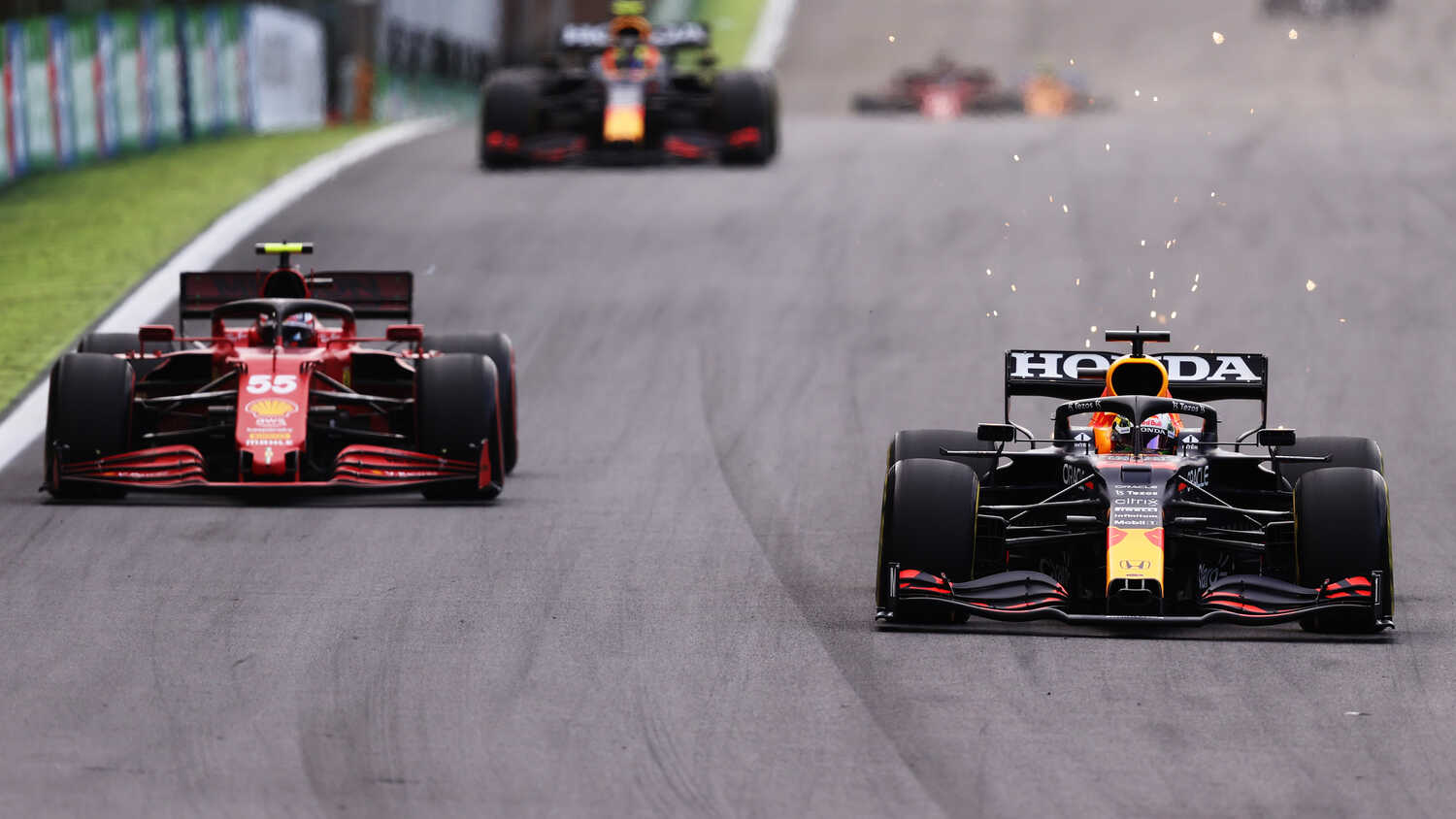 The Brazilian Grand Prix has already had plenty of drama and there is still the matter of 71 laps around Interlagos to decide who wins round 19 in the 2021 Formula 1 World Championship.

Behind them are Carlos Sainz, Sergio Perez and Lando Norris, who are set to fight for at least a podium position in the race.

That's if they can manage to keep Lewis Hamilton at bay, who starts from 10th and will be looking to charge through the field once again to rescue his title hopes.

It could be a spectacular race to conclude a thrilling weekend. 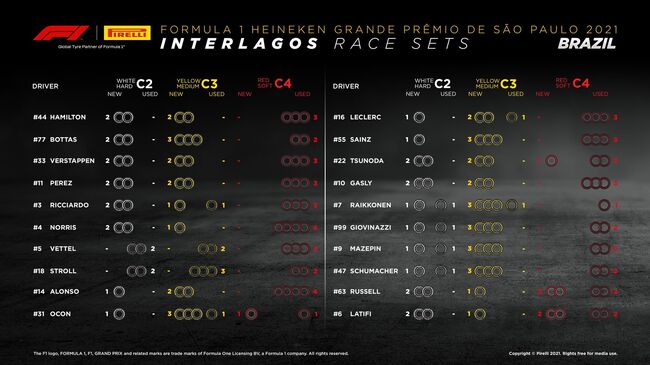 Time to turn up the heat

The weather will be hotter than it has been all weekend with temperatures hitting 25 degrees Celcius. This means the track temperature could get near 50 degrees, so the tyres will be punished severely.

Although the tyres appeared to hold up in Sprint Qualifying, it will be difficult to keep a high enough pace to execute a one-stop strategy during the full Grand Prix.

There is a free tyre choice, so expect the majority of the field to start on the Medium compound. Most drivers have two sets of Hard and Medium tyres, so there are many options.

The warmer temperatures could make the Hard compound the best tyre to be on. Mercedes traditionally prefer the harder compounds, so this could help Bottas in his fight with Verstappen.

Even if Verstappen is leading, Bottas should have the car to stay with the Dutchman to threaten him with the undercut.

The overcut is unlikely to be an option because tyre warm-up shouldn't be a problem, given the tyre degradation and the series of corners in the middle sector. 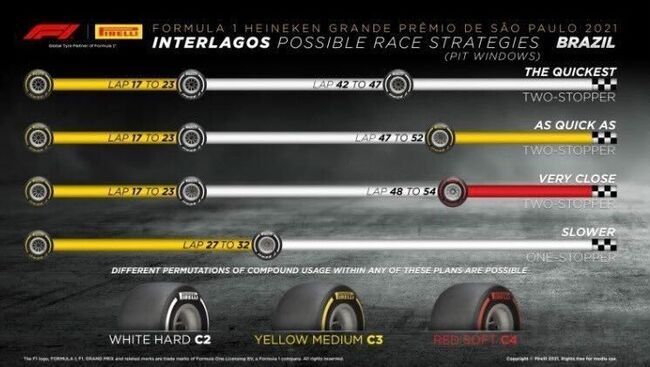 What's the best option for Hamilton?

At Monza, Mercedes decided to start Hamilton on the Hard tyre after he had a troubled Sprint Qualifying. The strategy paid off as he had a strong getaway and was on course to fight for the win until he collided with Verstappen.

Mercedes may decide to run with the same strategy so they have an offset to the cars around them. It will be fascinating to see if Red Bull mirror this strategy with Perez and/or Verstappen. The smart money suggests at least one of them will.

Hamilton has to ensure he stays out of trouble on the opening lap because he has the machine and driver skill to stay close to the car in front and make an overtake.

The major difference on Sunday compared to the Sprint Qualifying is the higher temperatures, which will leave the Pirelli rubber more susceptible to overheating. But, we all know how good Hamilton is with his tyre management. 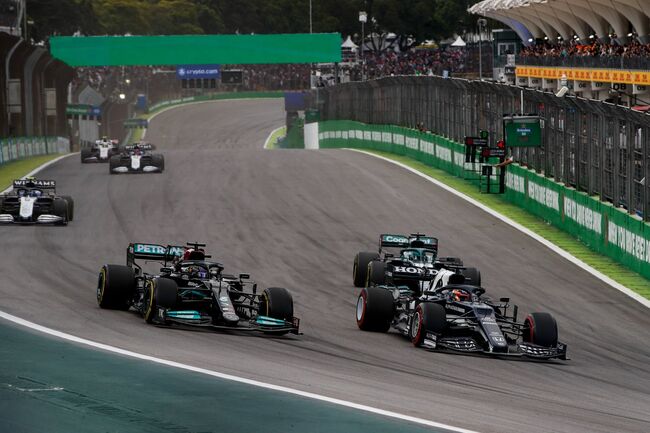 We saw the grid was pretty split on what was the best starting tyre for the Sprint Qualifying, so it should be a similar story in the Grand Prix.

The Soft tyre may be out of the working window and will simply fall off the cliff very quickly due to the warm weather.

Track position will not necessarily be as important as normal, because you can overtake and run a different strategy to your rival.

"Due to forecasted warmer track temperatures, we're expecting what should, in theory, be a two-stop race, with all compounds able to play a role," said Pirelli boss Mario Isola.

We can't completely rule out a one-stop and it may be something Hamilton looks at to jump a few cars without overtaking them on the track.

This is a race where the Grand Prix situation will dictate strategy and any plans may have to be torn up depending on what happens on the opening lap and the tyre behaviour.