The Red Bull gesture that Honda 'really appreciated' in Austin

Red Bull sent Honda's Masashi Yamamoto up onto the podium to celebrate their victory at the United States Grand Prix. 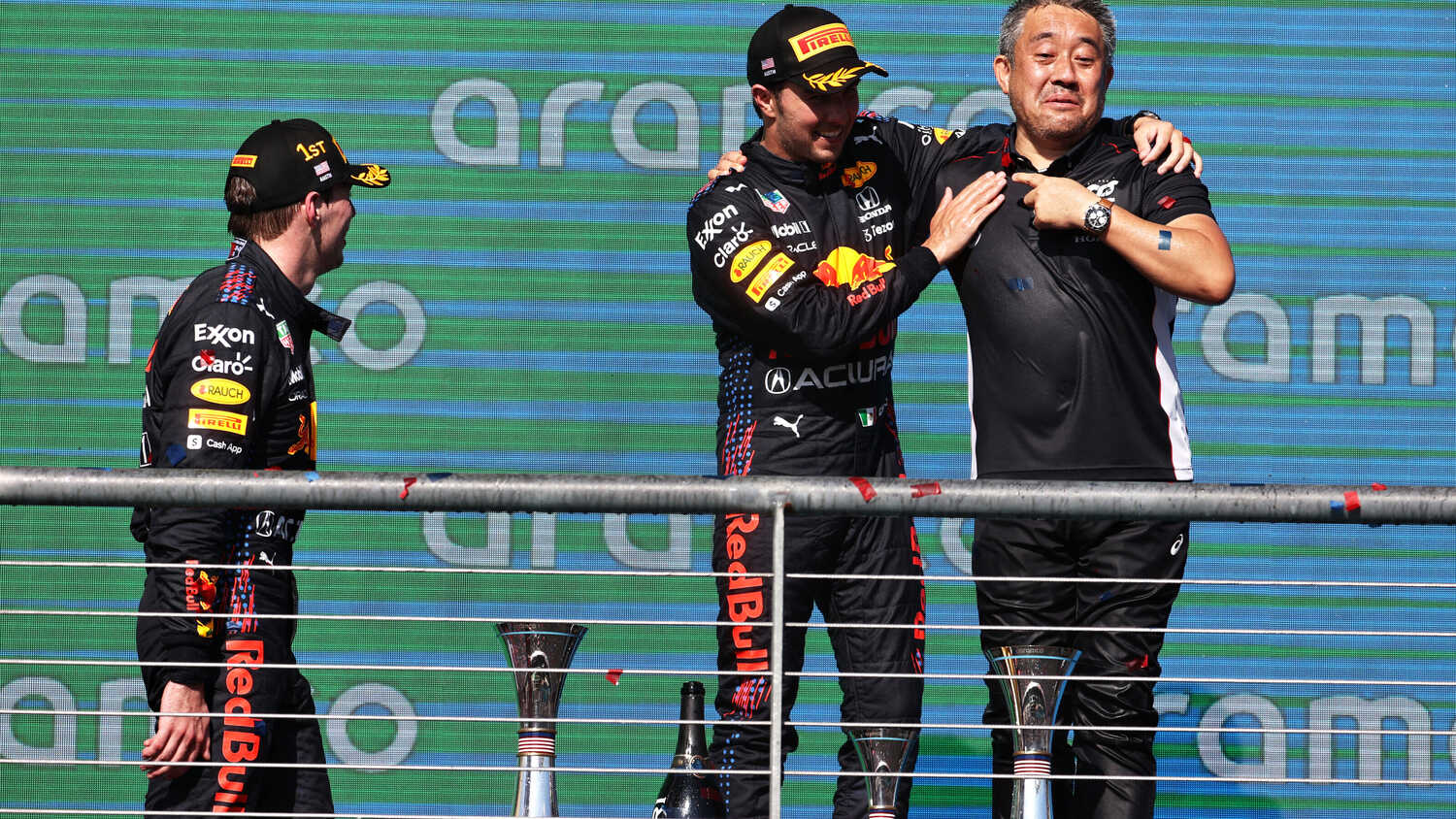 Honda have supplied Red Bull with engines since 2019 but will bow out of the sport at the end of the season, as a "programme of cooperation" between the two parties eases the transition to the newly-formed Red Bull Powertrains.

Verstappen beat Mercedes rival Lewis Hamilton to victory at the Circuit of the Americas, while Sergio Perez made it back-to-back double podiums for Red Bull with a spirited drive to third, despite his illness and failed drinks system.

With just five races remaining in 2021, Red Bull gave Honda's F1 Managing Director, Masashi Yamamoto, the opportunity to collect the Constructors' trophy on behalf of the team, a move that has not gone unnoticed.

"It is our second consecutive double podium and both were achieved with special liveries, the 'Honda fans' white cars in Turkey and here with the Acura brand replacing Honda on all four cars," said Tanabe, Honda's F1 Technical Director.

"Max's strategy called for an early stop and Hamilton was really catching him in what was a thrilling finale. Max did a brilliant job of managing his race pace and the tyres.

"Checo was quick all weekend and his second third place in a row is very important for us in the Constructors' Championship.

"It was great to see Yamamoto-san collecting the trophy on the podium and we really appreciate this gesture from Red Bull."

Verstappen leads Hamilton by 12 points in the title race, while Red Bull have cut the gap to Mercedes to 23 points.