The 'powerful gesture' Hamilton is making with his Qatar helmet

Lewis Hamilton will race with a rainbow design emblazoned on his helmet this weekend in Qatar. 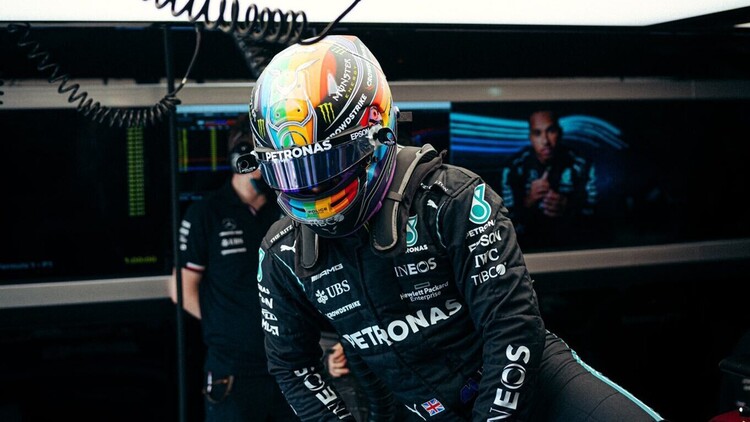 Lewis Hamilton is racing with a new helmet design in Qatar this weekend.

The reigning World Champion hit the track on Friday morning for the first practice session sporting a 'rainbow' design on his helmet, with the rainbow being the universal symbol for the LGBTQ+ community.

Male homosexuality is illegal in Qatar, with a punishment of up to three years in prison and a fine, and the possibility of the death penalty for Muslims under sharia law. The Qatari government also does not recognise same-sex marriage or civil partnerships, nor does it allow people in Qatar to campaign for LGBTQ+ rights.

Racing Pride, an organisation promoting the inclusion of members of the LGBTQ+ community within motorsport, hailed Hamilton's gesture as "powerful", given his stature and visibility while racing in Qatar.

"We applaud Lewis Hamilton for adding the rainbow flag to his helmet for this weekend’s Qatar GP," a short statement said.

"It is a magnificent and powerful gesture of solidarity with our LGBTQ+ community around the world and is very much appreciated. Thank you, Lewis."