The best Red Bull liveries from the past 15 years

Over the years the Red Bull team have come up with some eye-catching F1 liveries which have delighted fans. RacingNews365 takes a look at some of the best. 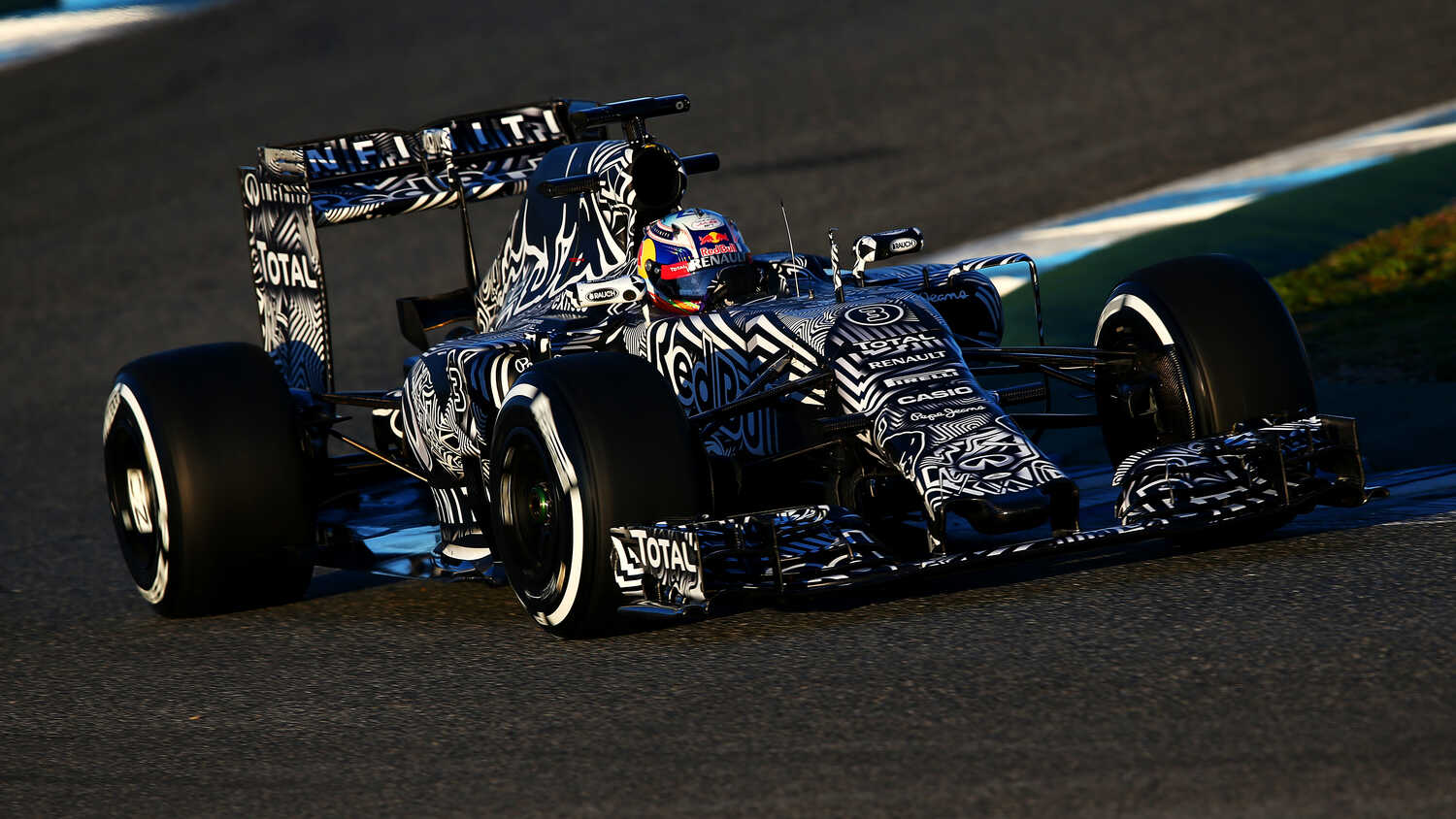 After just 15 years competing in Formula 1, Red Bull Racing has notched up a stellar record of success, with four constructor’s and driver’s championships to their name and consistently challenging near the top of the grid.

But the team isn’t only a winner on track. The playful brand has also been among the most inventive when it comes to designing eye-catching liveries for fans to enjoy, painting their cars with everything from fans’ photos to Star Wars.

Take a look below at some of the best liveries from Red Bull in F1.

All the way back in 2005, Red Bull burst on the F1 scene with a haze of publicity and energy. Their first car, the RB1, paid tribute to the brand’s energy drinks roots with a livery reminiscent of one of their cans. 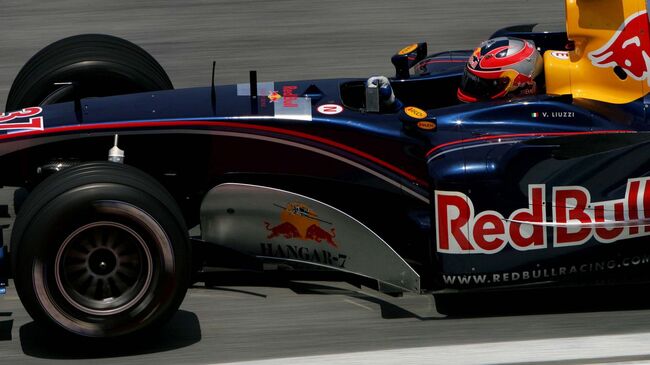 The force was strong for Red Bull at the 2005 Monaco Grand Prix as the team opted to honor the premiere of Star Wars Episode III: Revenge of the Sith with a special livery- with the tagline ‘Powered by the Dark Side’ adorning the machine.

To top it off, the team managed to get Chewbacca and Darth Vadar to fly into their garage for the day from a galaxy far, far away. 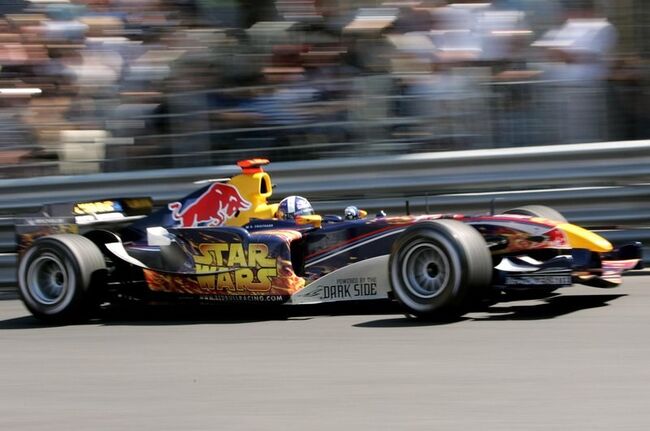 Another tour de force for the Austrian team at Monaco came the next year in 2006, when drivers Christian Klein, David Coulthard and Robert Doornbos stepped into their Superman outfits as part of the build up to the release of Superman Returns.

The car itself took some strength from the move, sporting Superman’s abs on the front. 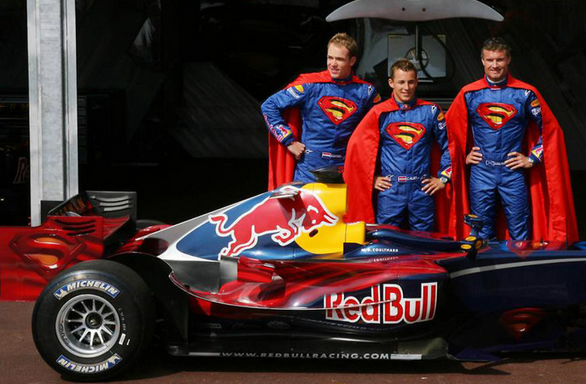 In the last race of the 2008 season at Interlagos, which was also the 246th and final race of David Coulthard’s career, Red Bull was granted an exception to the rule preventing teams from changing their liveries during the season to adorn a sparkling white design.

The white livery on the RB4 was a promotion for Wings for Life, the charity run by Red Bull boss Dietrich Mateschitz which raises money for research into back injuries and nerve damage. 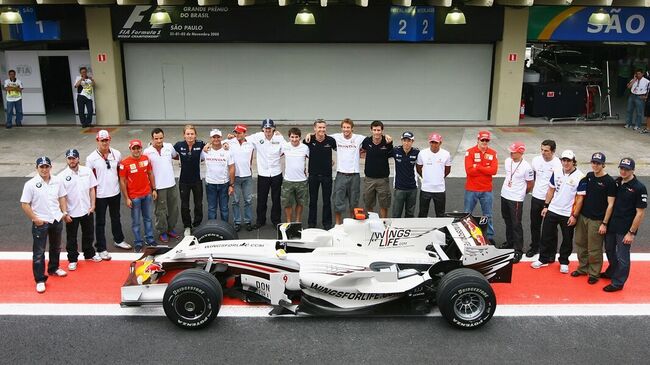 At Silverstone in 2012, the team once again applied a special livery to its car in honour of Wings for Life on the RB8 car which would bring Sebastian Vettel his third world championship that year.

While all appeared business as usual from a distance, the livery was actually an amalgamation of thousands of photos from people who had sponsored the charity. 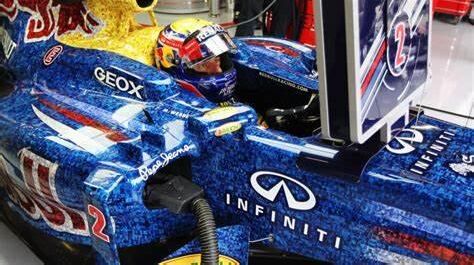 During testing at the Jerez track in Southern Spain in the run up to the 2015 season, Red Bull used a camouflage livery reminiscent of a zebra. Though the car showed just a smidge more pace on the asphalt than its animal counterpart. 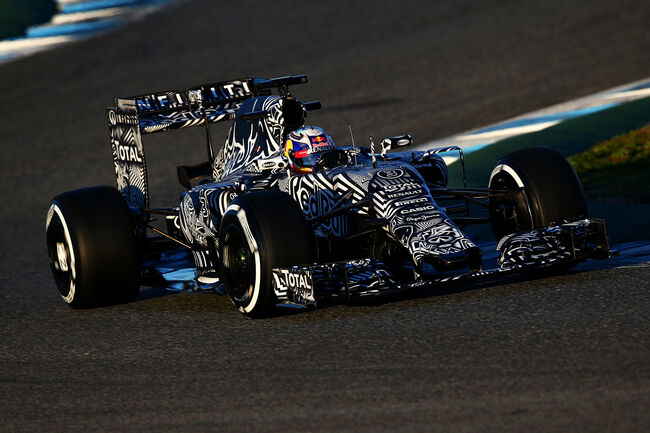 Another particularly sleek livery emerged with the RB14 ahead of the 2018 season, with a wet track at Silverstone and the rain tyres combining for an eye-catching photo session. 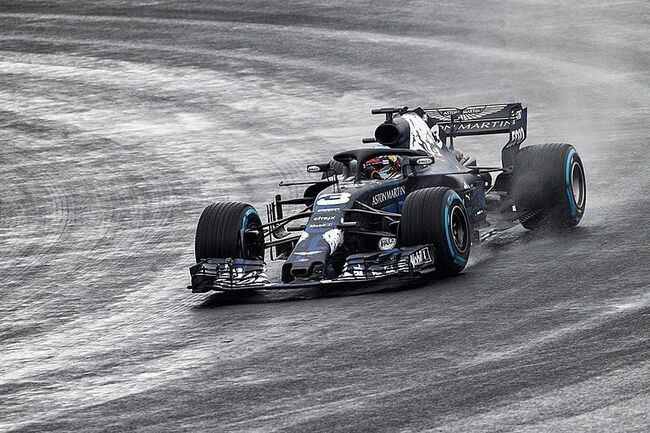 The RB15 was revealed to the world ahead of the 2019 season with a distinctive midnight blue with dominant red overlay, and while the looks won praise from many it sadly never made it further than the unveiling. 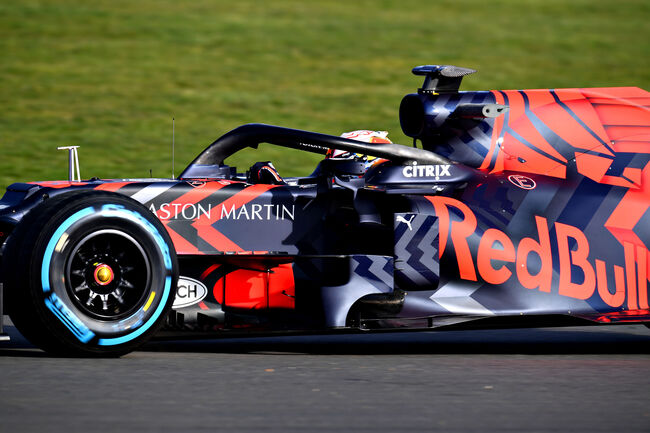 Special agents Verstappen and Gasly were in full bond mode at the start of the British Grand Prix weekend in 2019 as part of a tie up with its title sponsors Aston Martin to celebrate F1’s 1007th race. 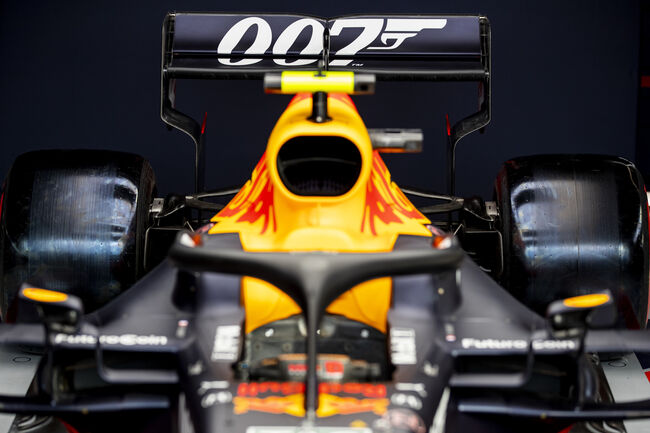