The Formula 1 rules change again in 2021, in what is deemed a transitional year, teams will have to modify their approaches slightly before an overhaul is set to take place in 2022, RacingNews365 will take you through the major changes for the 2021 season. 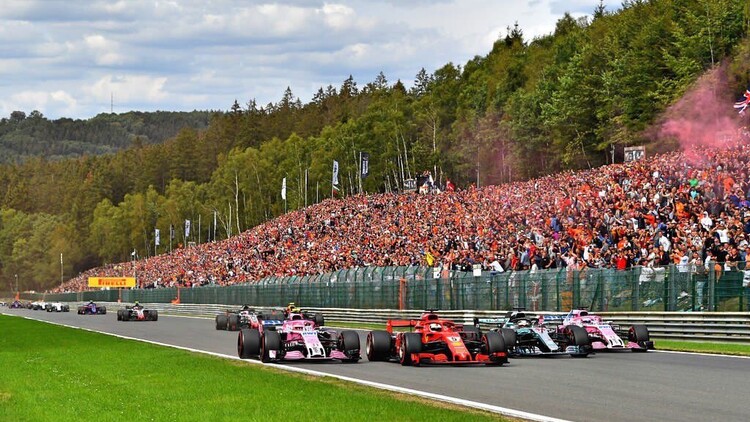 Although the FIA planned for a complete aerodynamic overhaul for the 2021 Formula 1 season, the COVID-19 pandemic delayed those plans and a complete revamp of the technical regulations will take place in 2022 instead.

Despite this, there are some major changes set to take place for the coming year.

The first significant change will see the implementation of a cost cap of $145 million per year for each team to work with. Initially, the agreed upon amount was $175m, but that was increased given the financial strain placed on the smaller teams during the current pandemic.

The introduction of an aerodynamic scale

The second major change is in relation to a brand new sliding scale for aerodynamic development. The lower a team finishes in the constructor’s standings, the more wind-tunnel time they are allotted. This rule is aimed at bridging the performance gap between teams at the front and back of the grid, and also between teams with larger and smaller budgets.

Changes to the floor

This is perhaps the biggest technical change and will force the teams to employ a diagonally cut floor ahead of the rear tyre. Further, designers will be prevented from having any fully enclosed holes in the entire rear section of the floor, fearing that they might be able to find some added performance.

The floor of the cars will now only be allowed to flex up to 8mm vertically as opposed to the 10mm from this past year when a 500nm load is applied. This limits the possibility of finding any performance gains via flexible surfaces.

The final changes to the floor will affect the diffuser which will cut the dividing strakes by 50mm thus reducing the downforce produced, while the designers are also banned from having utilising winglets that are mounted to the lower half of the rear brake duct.

Use of green materials

The fourth major change sees the inclusion of several "green materials" such as flex, hemp, linen, cotton, and bamboo now allowed. While these new earth-friendly materials are going to add to the weight of the car, F1 is all about progress and hence these materials should see advances in the near-mid future.

The removal of DAS will mark the fifth significant change with the system being banned for 2021 almost an entire year in advance.

Elsewhere, a number of components including the chassis and gearbox have been frozen between 2020 and 2021. A token system will be used to allow a very limited number of modifications, such as McLaren needing to make changes to accommodate a switch to Mercedes power. Starting next season, there will be a limitation on the number of upgrades a power unit manufacturer can do over the course of a season.

The teams have also been banned from using reverse engineering techniques such as stereophotogrammetry and 3D capture or scanning tools.

The FIA will also clamp down on oil-burning tactics, with just the previous season's formulations and one new set being allowed for 2021.