A person suspected of being involved in Lando Norris' mugging at Wembley Stadium last week has been arrested. 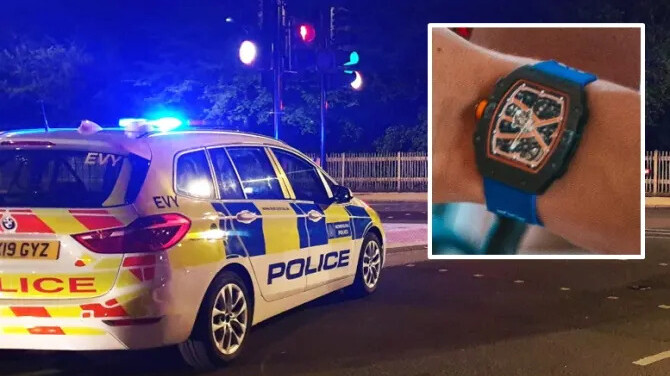 A suspect has been arrested in connection to Lando Norris' being mugged and having his Richard Mille watch taken while the McLaren driver was attending the EURO 2020 final at Wembley Stadium in London.

An update from the UK's Met Police has outlined the circumstances of the robbery, with an appeal for further information coming from detectives investigating the incident.

Shortly after 23:50hrs on Sunday, 11 July, Norris left Wembley Stadium to return to his car in the yellow car park in nearby Rutherford Way.

Approached by two men, who engaged him in conversation, he was assaulted and held by one of the men while his Richard Mille watch was removed from his wrist.

Norris was shaken by the incident but otherwise unhurt.

"On Sunday, 18 July, a 24-year-old man was arrested in Liverpool on suspicion of robbery," said a statatement from the UK's Met Police.

"He has been bailed to return on a date in mid August. Detectives still want to hear from anyone who was in the car park at the time of the incident."

Detectives are eager to speak to a person who told attending officers that the incident was captured on dash cam, but left before providing details. They would also appeal to any potential witnesses to come forward, in what was a busy car park at the time.

Anyone who witnessed the incident or who has been approached with a view to purchasing the watch is urged to contact the investigation team on 0777 667 3655.

Information can also be provided to Crimestoppers, anonymously, on 0800 555 111.