Mercedes' protest against Max Verstappen has been dismissed, with the result of the second protest still to be confirmed. 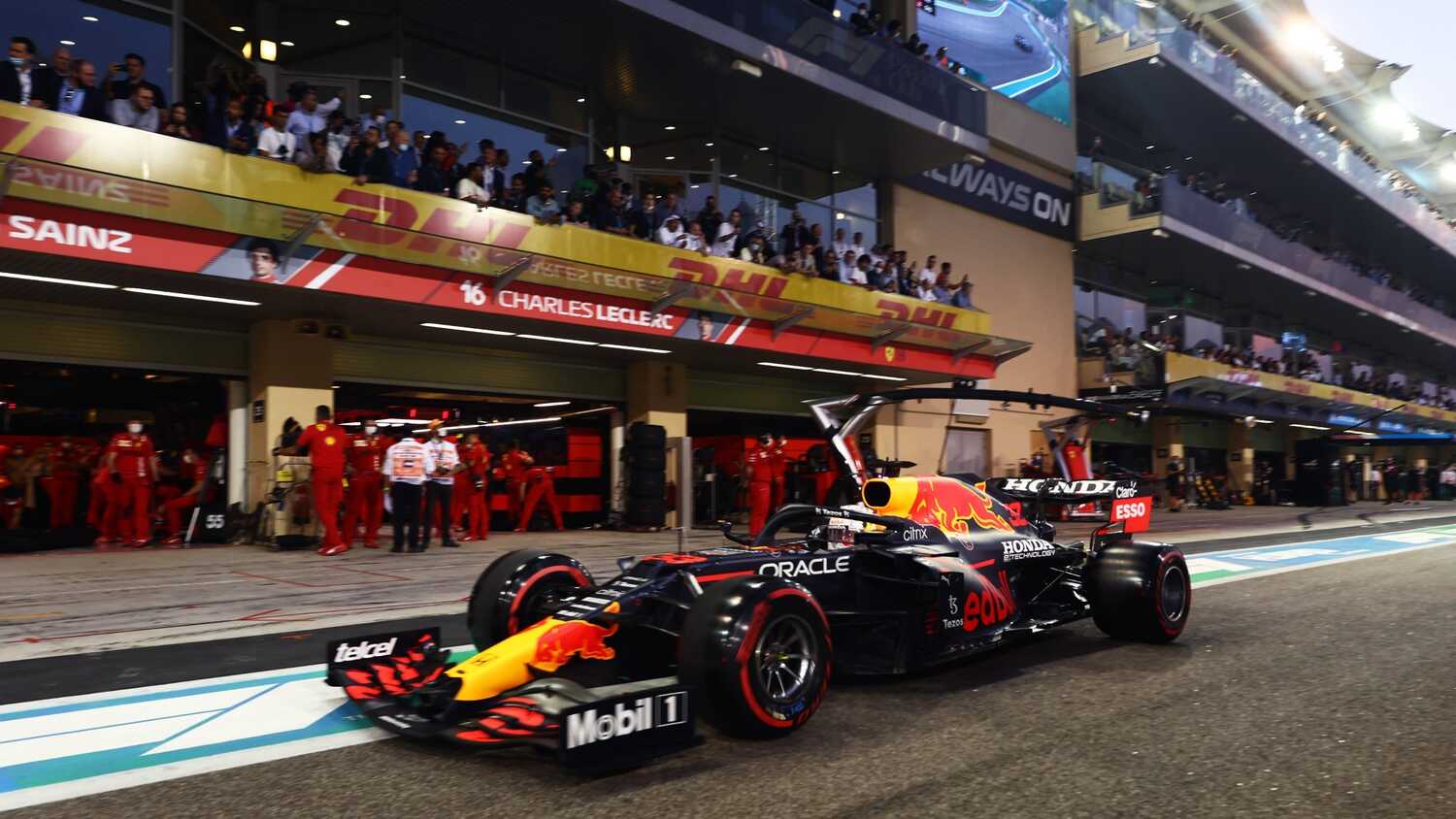 The race stewards in Abu Dhabi have dismissed the first of Mercedes' two protests, specifically the one against Max Verstappen.

In the hour following the chequered flag, Mercedes lodged two protests with the stewards. One was specifically against Verstappen, and the other against the race classification itself.

The one against Verstappen was lodged on the grounds of a breach of Article 48.8 of the FIA Sporting Regulations, related to overtaking another car before the withdrawal of the Safety Car.

Mercedes lodged this protest based on Verstappen's front wing briefly being ahead of Hamilton's as the pair prepared to launch into the final racing lap as the Safety Car withdrew.

Representatives from Red Bull and Mercedes were both in attendance, with Mercedes also having legal counsel at the hearing.

As per the stewards' verdict, Mercedes claimed that Verstappen had breached the regulations by passing Hamilton, with Red Bull's riposte being that "Hamilton was not 'overtaken' by Verstappen, that both cars were 'on and off the throttle' and that there were 'a million precedents' under the Safety Car where cars had pulled alongside then moved back behind the car that was in front".

First protest dismissed, one to go

The stewards said that the protest was admissible, but dismissed it for the following reason.

"The stewards determine that although Car 33 [Verstappen] did at one stage, for a very short period of time, move slightly in front of Car 44 [Hamilton], at a time when both cars were accelerating and braking, it moved back behind Car 44 and it was not in front when the Safety Car period ended (i.e. at the line)," read their explanation.

Mercedes can still appeal against this decision.