Two challenging races to kick off the 2021 season has meant a steep learning curve for rookie Haas drivers Mick Schumacher and Nikita Mazepin. 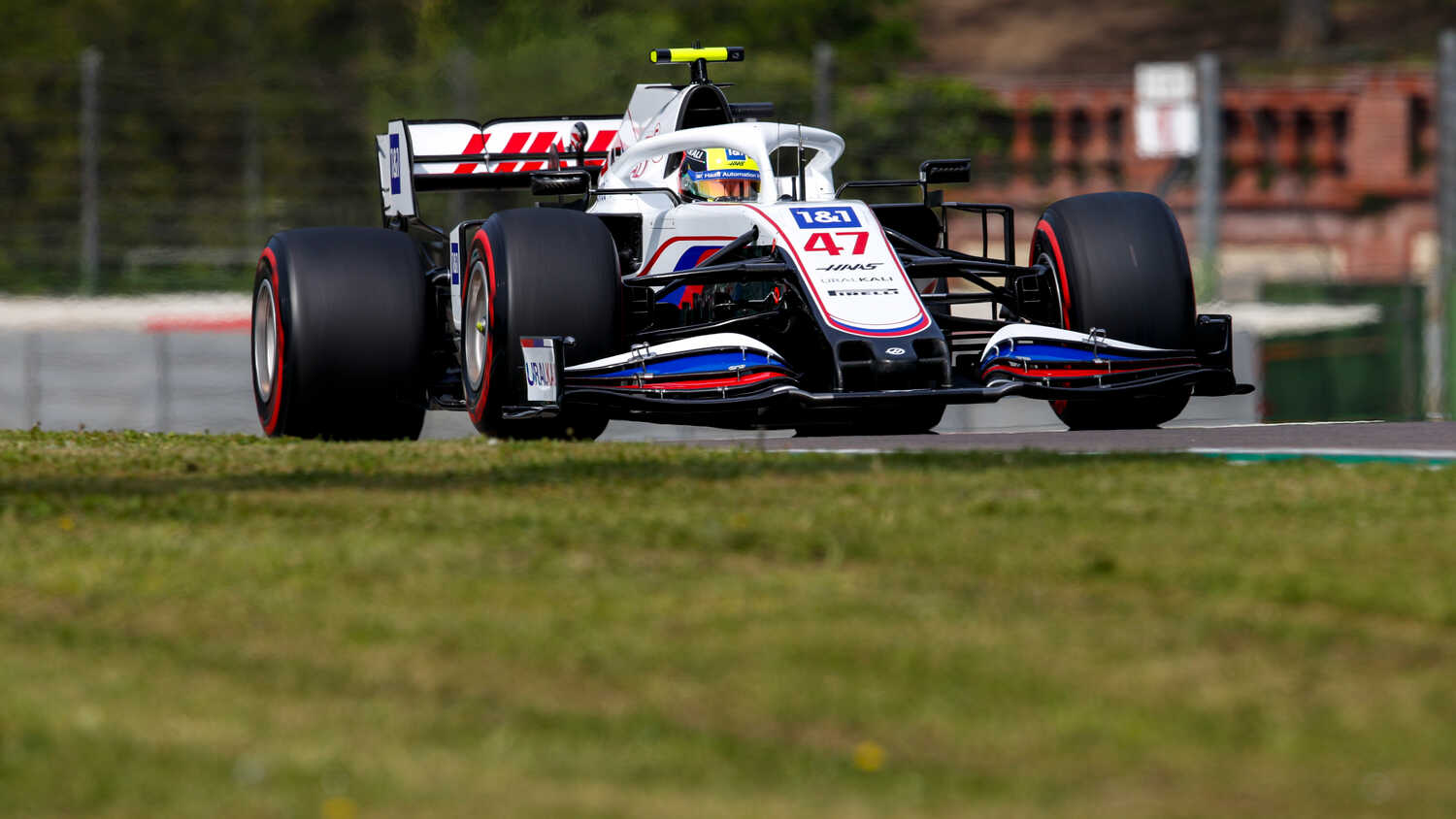 Haas team boss Guenther Steiner has acknowledged that his rookie driver pairing Mick Schumacher and Nikita Mazepin have had particularly challenging races to start their careers.

With both drivers stepping up from Formula 2 to form an all-rookie pairing at Haas, neither of the first two races have been straightforward for either driver.

Mazepin crashed out of the Bahrain GP on the first lap, with Schumacher spinning off just two corners later before resuming his race. The Emilia Romagna GP saw both drivers involved in incidents in the damp conditions, with the Imola race proving to be particularly tough driving conditions due to the slippery surface.

“No, we didn’t change the objectives," said team boss Guenther Steiner to media, when asked about whether such tough circumstances have resulted in a changed approach.

"We just got the rain and had to deal with it and learn from it.

"The drivers are drinking from a water hose at the moment, every grand prix is bringing something new up. For learning it’s ideal, just learning things like the processes and how to behave in these situations.

"Once you’ve done these things once, the second time – for sure, it brings a lot less stress I would say. Do you want it all at the beginning – maybe not, but if it comes, you take the experience. I think it’s a good thing all these new experiences.”

Mazepin, who was involved in a blameless early clash with Williams' Nicholas Latifi at Imola, said the rain served as a great equaliser that provided tricky to master.

“It was a big challenge, because obviously in the race nobody is taking it step-by-step or taking it easy, everyone’s pushing to the absolute maximum from the beginning," the Russian rookie told media.

"Therefore, without any practice, you can only guess the trajectory and the line. I’m just one of 20 drivers on the grid, and one of the three rookies, who had to deal with the same conditions – I think everyone was kind of equal there.”

Schumacher, who started on the full wets before crashing by himself into the wall on the main straight early in the race, said even that race provided some valuable lessons.

“It definitely wasn’t easy to hop in directly to a full wet race," Schumacher told media.

"Obviously, most of the guys started on inters, and partially because we were a bit inexperienced, that’s why we chose to start on the full wets. It was definitely the easier and safer way but looking at it now with the experience that I have, I probably would have started on the inters.

"If we have a wet race again, and if it’s not 100 percent sure if it’s wet or inters, or if it looks like it’s going to dry up, then I’d definitely start on the inters. No situation is identical though, there’s always something new and something else happening. You have to assess it in the moment. There was definitely lots learned, it was great fun and a great experience. I liked the mixed conditions.”