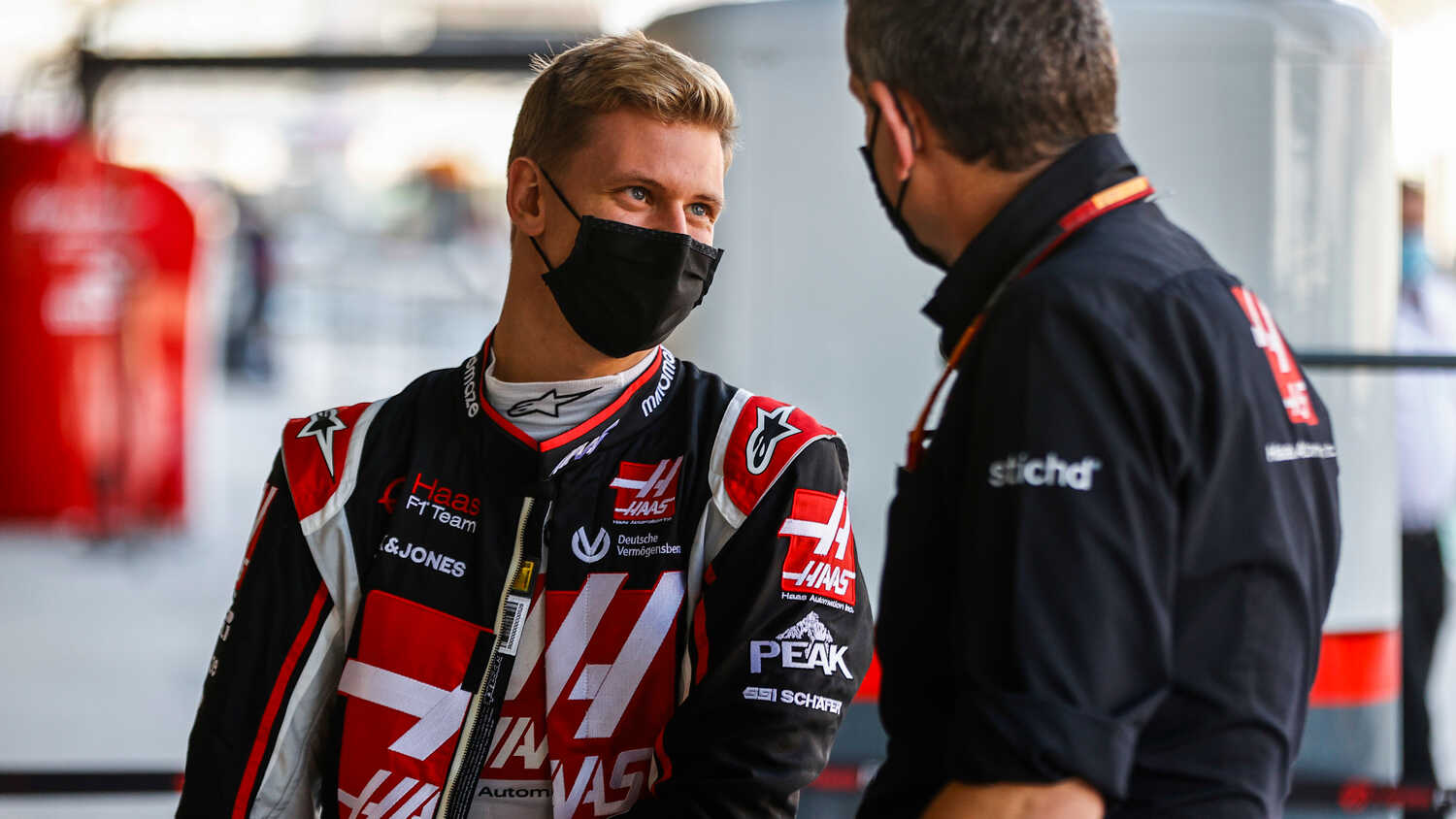 Guenther Steiner has explained that fielding two rookie drivers was a learning experience for him, having never taken on such an inexperienced pair of drivers before.

Haas signed Formula 2 drivers Mick Schumacher and Nikita Mazepin for 2021, with Schumacher winning the F2 title in 2020 as Mazepin finished in fifth.

After a year of treading water at the back of the grid while the team prepared for the revolutionary rules changes in 2022, the year of allowing the two rookies to gain experience has been beneficial, but Steiner pointed out that it hasn't always been plain sailing.

"How much time have you got?" he joked when asked about the situation by media, including RacingNews365.com.

"I think there's a lot you have to learn. The simplest way to explain it is it's like having children. I'm not saying that they are children, but everything is new to them. I have to learn how to work with them."

A change of dynamic

Haas, since their arrival into Formula 1 in 2016, had the luxury of running the veteran Romain Grosjean for their first five seasons.

With Grosjean and 2020 teammate Kevin Magnussen axed in favour of rookies Schumacher and Mazepin due to financial reasons, Haas' expected tough season played out exactly as they predicted with neither driver scoring a point in 2021.

Steiner added that the dynamic of the two rookies was very different to what he experienced with Grosjean and the likes of Esteban Gutierrez.

"Normally, if you've got a young guy and a seasoned one, it goes automatically," he said.

"But sometimes, I had to see how we managed everything best by having two guys, who are very new to Formula 1. It was an experience. I think we made a lot of progress during the year with both of them, so that's a good thing - but it was an experience.

"All in all, I think everybody can see that we made progress. Before the summer break, we had issues. That seems to be sorted out quite a bit. It always can flare up again, but it's a flare and not a constant thing.

"It was an experience for me; it wasn't an easy one."