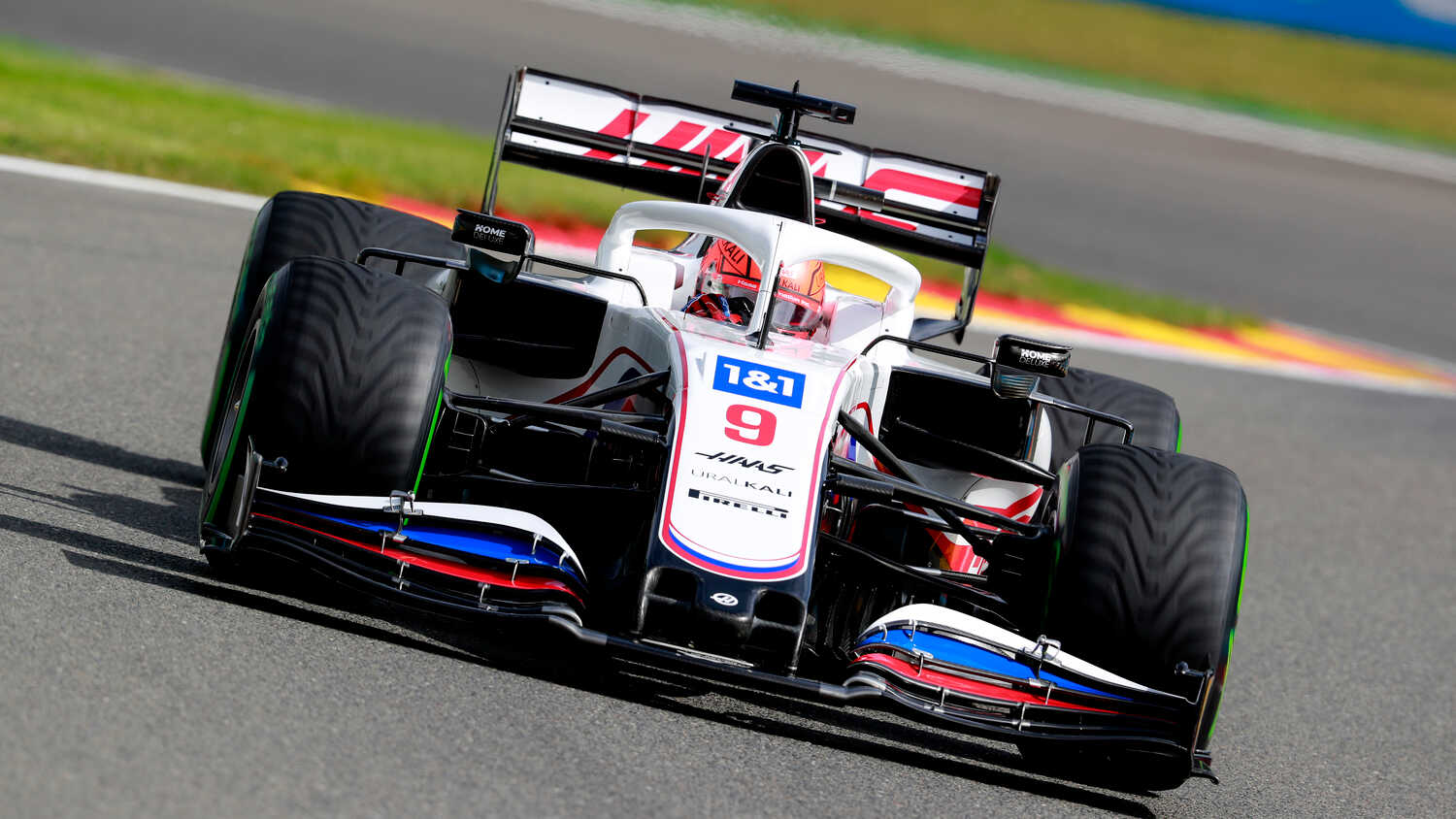 Guenther Steiner has warned against jumping to the conclusion that a chassis change has suddenly elevated Nikita Mazepin's pace, after the Russian driver ended Friday practice for the Belgian GP ahead of Mick Schumacher.

Schumacher has usually had the measure of his teammate throughout the 2021 season so far, but was left trailing Mazepin by 0.2s at the end of FP2 at Spa-Francorchamps on Friday.

One of Haas' main headaches in the first half of 2021 was the identification of a marginally heavier chassis on Mazepin's side of the garage, with complaints from the Russian as a result of usually being assigned that chassis.

However, Schumacher did occasionally drive with the heavier chassis. For Spa, Haas have brought along a fresh chassis for Mazepin to use.

"He's got a new one," Steiner told media, including RacingNews365.com.

"The chassis are... I don't know the exact stiffness data, but you cannot change the stiffness of a chassis without changing the homologation. It's a homologated chassis, so it will be very similar. There is always a tolerance in it, but I don't know off the top of my head, the tolerance.”

Haas, like all the teams, have carried over their chassis from 2020 for this year. However, Romain Grosjean's fiery Bahrain crash resulted in one of the chassis being written off and reduced the pool for Haas.

"We had two old ones, because one obviously we destroyed last year, we burnt it," Steiner explained.

With Mazepin appearing to enjoy his new chassis to have the advantage on Schumacher on Friday, Steiner said it shouldn't be assumed that it's down to the chassis change, but that Mazepin was simply quicker at all points of the circuit.

"We should not jump to conclusions. It's two sessions, you know. I mean, I'm very happy that he is where he is," he said.

"It's very good but I would not now start to say, 'It's all good, it's all good'. We have to wait, but if we improve, and they can compete with each other, I'm more than happy.

"I didn't really look at the data, but it's a little bit all over the place, I would say, depending on the sectors. But there is no particular area where there's an advantage. It's just, in general, he was faster, so but there is no reason to say, 'Oh, it was at this corner', or so on. Today, he was just faster. That's it."