Six drivers have required medical assessments after a multi-car pile-up at the top of the hill at Raidillon during the W Series qualifying session. 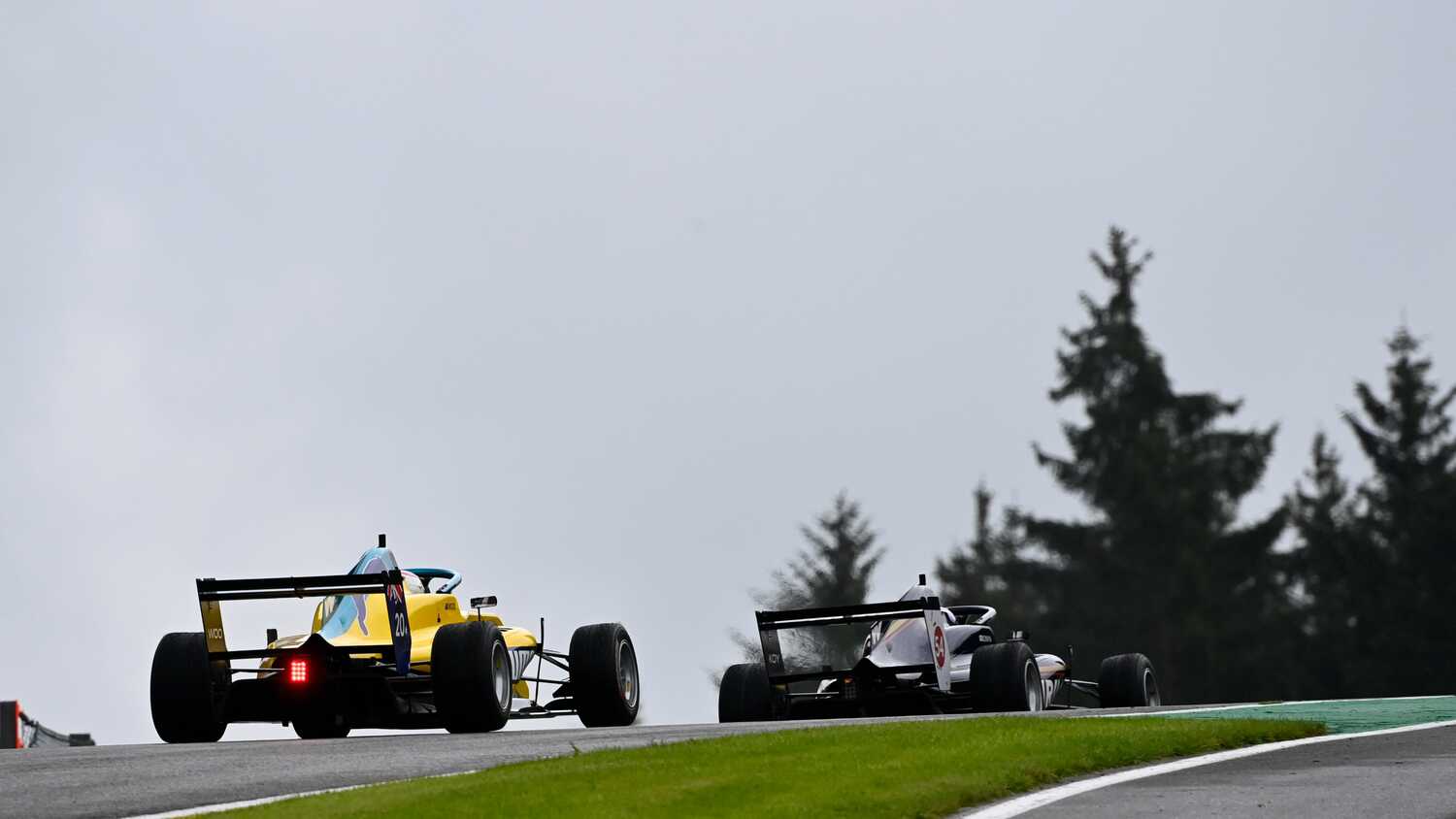 Six drivers have been taken for medical assessment, with two transferred to hospital, after a terrifying pile-up at Raidillion during the W Series qualifying session at Spa-Francorchamps.

Taking part in qualifying, with W Series part of the Formula 1 official support programme at Spa, six drivers slid off the road in quick succession as they climbed the hill at Eau Rouge.

Appearing to be caught out by damp conditions, the cars all piled up on each other in a scary-looking and severe crash which ended with one of the cars upside down with the entire rear ripped off.

The official world broadcast stated that all six drivers involved in the crash have escaped serious injury, with replays being shown on the world feed about one hour after the crash happened.

An update from W Series read: "All drivers involved in the incident are undergoing medical assessment and two of the drivers – Ayla Agren and Beitske Visser – have been transferred to hospital for further checks."

Follow up statement from W Series: "Ayla Agren has been discharged from hospital. Beitske Visser is still in hospital – a CT scan has revealed no injuries. She is still awaiting the results of a leg X-ray but is in good spirits and discussing the accident."