Shovlin: Hamilton got a bit frustrated with himself

Mercedes' engineer Andrew Shovlin has said that Lewis Hamilton got frustrated with himself at the restart after the Safety Car. 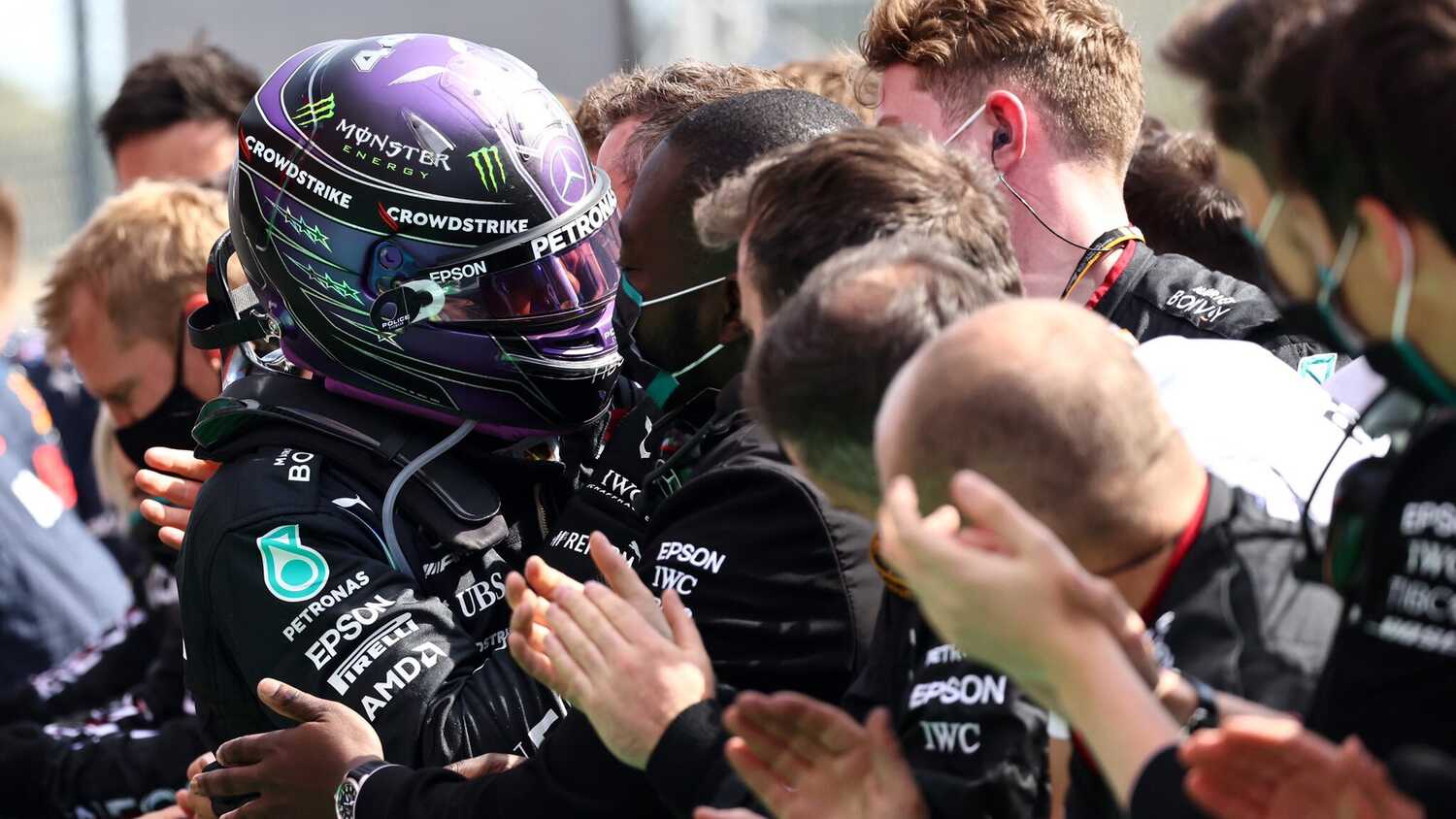 Mercedes' Andrew Shovlin has said it was difficult to tell how confident Lewis Hamilton was of regaining position, after getting caught out on the restart after the Safety Car.

Eventual race winner Hamilton had been directly behind teammate Valtteri Bottas when the Safety Car withdrew early in the race, but seemed to be caught out by the timing of Bottas accelerating. This allowed the following Max Verstappen to pounce on the hesitation, with the Red Bull driver jumping to second.

However, Hamilton was able to reclaim the position a handful of laps later as Verstappen made a small error entering the main straight, and eventually went on to catch and pass Bottas for the race win.

"It's funny, we never really know with Lewis because I think he was a bit frustrated with himself at the Safety Car restart," Shovlin explained after the race.

"Then, a bit like last year, he seemed fairly calm and collected and wasn't really talking to us at that point. And I don't know how confident he was that he could retake the position.

"But the thing here was that you saw as as soon as anyone has any kind of a moment in [Turn] 14, they become vulnerable and it is a relatively easy track to overtake.

"If you can get within seven tenths then you're in with a shout so it sort of felt like if he hadn't done it at that time we would have had a few goes later on and would have eventually made it through. But, for Lewis, he seemed pretty relaxed about dropping to that position."