Schumacher: Top teams finding it increasingly difficult to get past McLaren

Ralf Schumacher believes McLaren have arrived firmly at the front of the grid after their performance at the Russian Grand Prix. 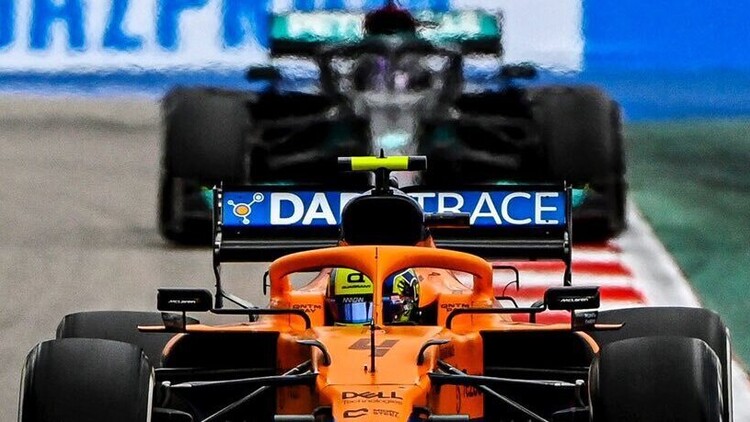 Having only just missed out on a second consecutive F1 victory, Ralf Schumacher says McLaren have put the other top teams on notice.

Daniel Ricciardo ended McLaren's long winless run by taking the chequered flag at the Italian Grand Prix, and the team very nearly added a second in as many races in Russia thanks to Lando Norris.

Norris was on course to take his first career F1 victory, only for a late rain shower to spoil his efforts. Despite the setback, Schumacher says McLaren have shown the other top teams that they are now a force to be reckoned with at the front of the grid.

"An incredibly interesting race in Sochi is behind us," Schumacher wrote in his column for Sky Germany. "It showed that the top teams are finding it increasingly difficult to get past McLaren.

"The traditional racing team has definitely arrived at the front, even if team boss Andreas Seidl likes to play things down. Norris could have won on Sunday and, of course, it's a shame that he couldn't take home the victory."

Norris' decision to stay out on slick tyres ultimately handed the Russian GP to Lewis Hamilton, with the young Briton having to settle for P7.

Schumacher laid the blame on McLaren, specifically their weatherman, for what transpired over the final laps, as they simply had the wrong information about how much rain would fall.

"The fault lies with McLaren's weatherman," Schumacher added. "Team boss Seidl told Sky that they had assumed it would rain lightly, and that's why Norris was left out.

"It's not the driver's fault. If he had decided against his team, it probably would have turned out differently, but he didn't have the information that the team had. His crew simply had the wrong information."