Schumacher fuming with Mazepin: He does his own thing

Haas' Mick Schumacher was left furious with Nikita Mazepin after feeling he was pushed off by the Russian on the first lap of the French Grand Prix. 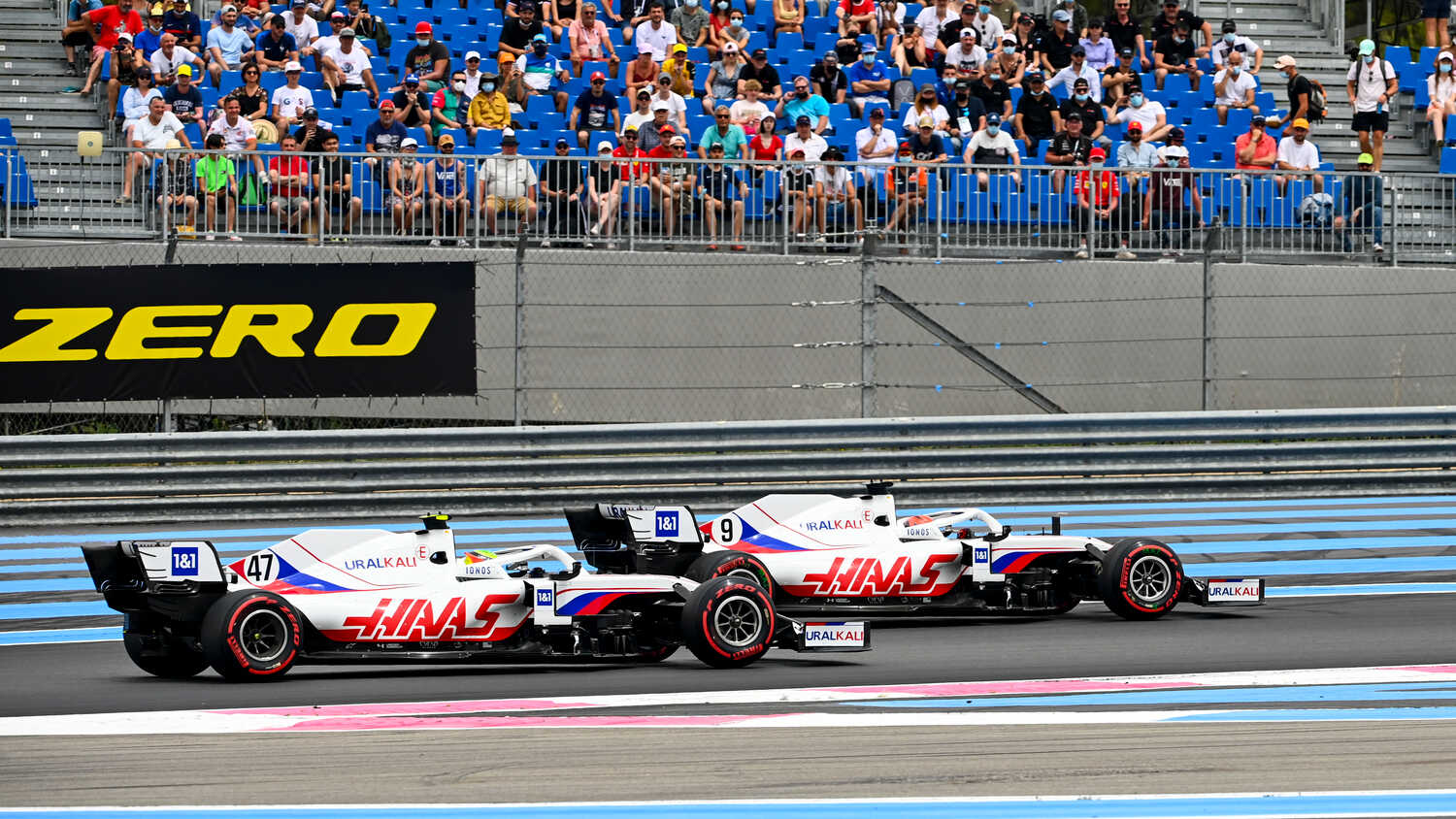 Haas' Mick Schumacher was left furious by an aggressive move from teammate Nikita Mazepin that forced the German driver into taking evasive action.

Mazepin got a run up the inside of Schumacher into Turn 3 on the fifthlap, but ran the German driver out of room at the apex of Turn 4.

Schumacher had to take to the escape area to avoid damage or a collision, and was fuming after the race.

"It doesn't have to be. I have to talk to the team about it," Schumacher told RTL after the race, when looking back at the incident.

Having had to have post-race conversations after Baku, where the pair almost collided on the sprint to the chequered flag on the final lap as Mazepin moved to block Schumacher at the last moments, a clearly unhappy Schumacher implied Mazepin isn't thinking of the team game.

"We do our thing, he does his. Most people can explain to themselves that it doesn't have to be like that. At that level, I can't quite understand it."

RTL pundit and Schumacher's uncle, Ralf Schumacher, believes that Mazepin came in too fast to the corner and was lucky not to have triggered an accident between the pair.

"The two of them won't go on vacation together. I have to say, the only excuse I have is: that Nikita is absolutely overwhelmed," Ralf Schumacher explained.

"He drives in too fast and doesn't leave any space. Thank goodness nothing happened because Mick looks in the mirror, otherwise both would have been out. At some point the team boss has to say something, even if Dad [Dmitry Mazepine] paid the biggest bill."