The Saudi Arabian Grand Prix has been red-flagged after a crash for Haas' Mick Schumacher. 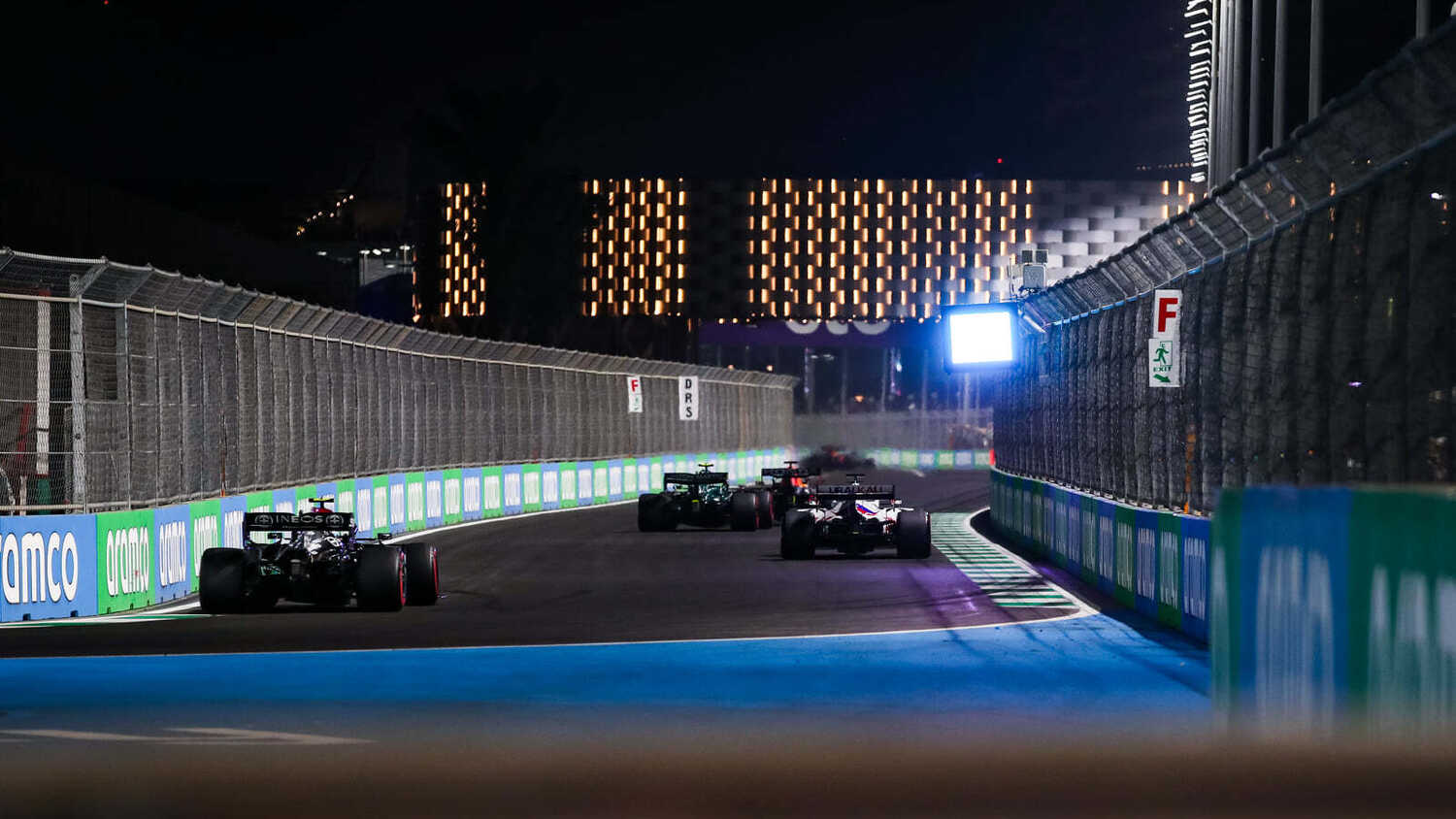 The Saudi Arabian Grand Prix has been red-flagged after 14 laps of racing at the Jeddah Corniche Circuit, following a heavy crash for Haas' Mick Schumacher.

Schumacher crashed at the high-speed Turn 22, losing the rear of his car as he swooped through the left flick on Lap 10. He was uninjured in the crash, but the impact caused significant barrier damage.

The crash brought out the Safety Car, with the leading Mercedes drivers of Lewis Hamilton and Valtteri Bottas pitting to change tyres immediately.

Red Bull's Max Verstappen didn't pit, staying out on track on his Medium tyre. Shortly after, the race was red-flagged and, as a result, Verstappen will now start the race from pole position when it resumes.

Crucially, under red flag conditions, the drivers are all permitted to change tyres, meaning that the race is essentially fully reset, with Verstappen starting from pole for a 36-lap race.