Sainz wants to create Norris-like relationship with Leclerc at Ferrari

Carlos Sainz hopes he and new teammate Charles Leclerc will be able to strike up the same kind of relationship that the Spaniard enjoyed with Lando Norris at McLaren. 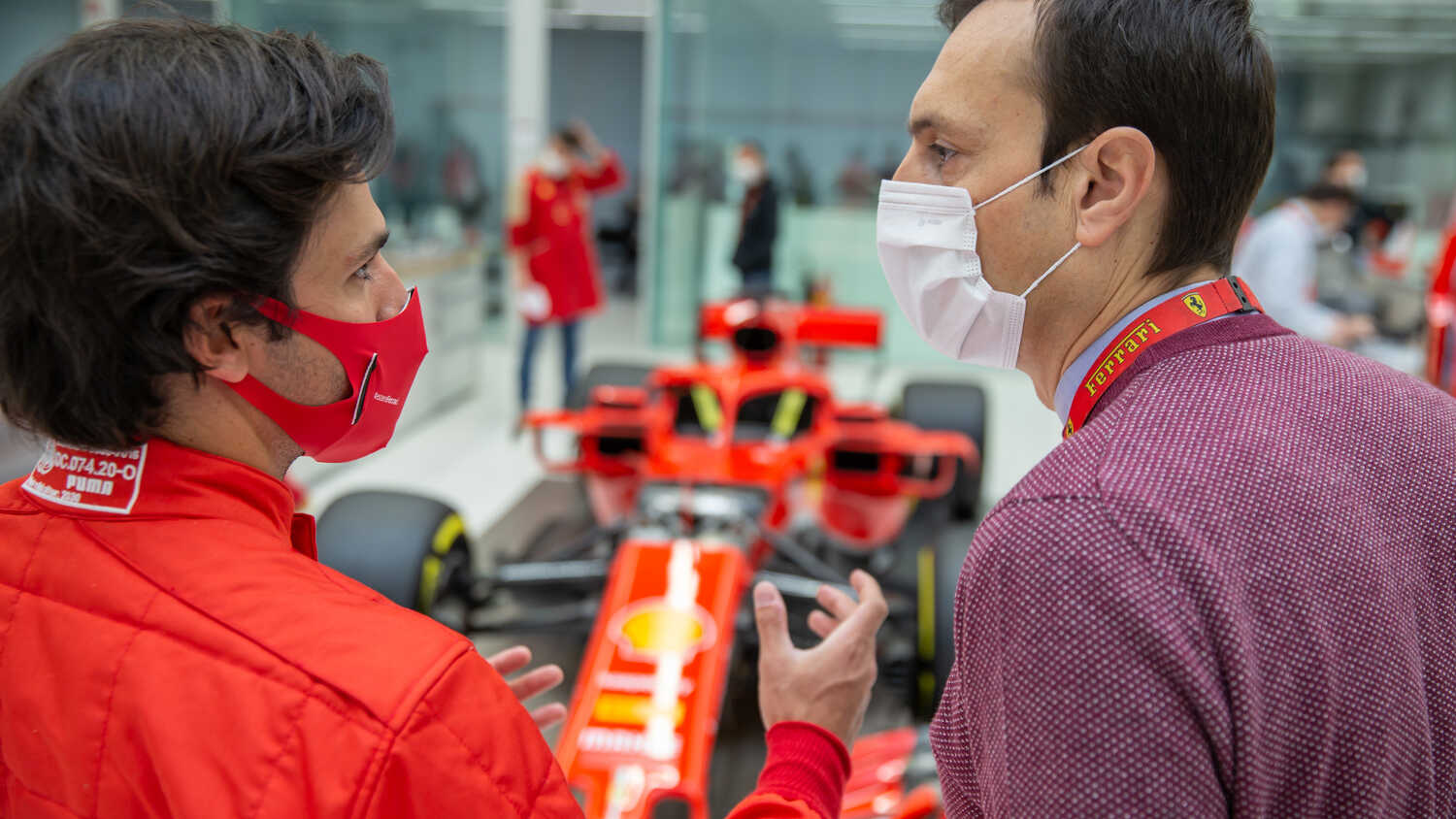 Ahead of his first Formula 1 season with Ferrari, Carlos Sainz has hopes he and new teammate Charles Leclerc will be able to form the same kind of relationship that the Spaniard shared with Lando Norris during his two years at McLaren.

Sainz and Norris were a social media phenomenon but their close friendship away from the track did nothing to dampen their competitive instincts when it came to racing. In particular, the Spaniard enjoyed the culture their bond created, and hopes for more of the same with Leclerc when the season gets going.

"It makes it difficult in one way, because [Norris] is also very fast, and very easy-going, so you need to handle the two things," Sainz told Autosport. "But it's also really enjoyable to have someone, who after qualifying or a race, you are either happy or sad because he has beaten you or you have beaten him, but you still come to the race with a full open mind, not trying to hide anything from anyone.

"It's something I think is a special relationship, and something that I'm willing to keep having in the future. It makes the working environment and the team a lot less under pressure. It just makes everyone's life a lot easier, and the team can move forward a lot quicker and in a better way."

As history has shown, relations between Formula 1 teammates often turn sour quickly, especially when they're battling near the front of the grid, so there's no denying Sainz and Norris had something unique. But not only that, they were able to deliver when it mattered most: on track. In the last two years, McLaren have gone from a bottom-half team to finishing third in the constructors' championship.

The scenario draws parallels with what Sainz now faces at Ferrari. After a fall from grace in 2020 that saw them struggle to a sixth-place finish in the team standings, everyone at the Scuderia will be hoping the Spaniard's arrival brings about a similar upturn in results. And it seems like the Ferrari drivers already enjoy a good relationship.

"I would lie if I said I've not talked to Charles," Sainz added. "Of course I have. Of course I am paying attention that what happens over there, and asking him questions now and then.

"Until you get inside the team, it's difficult to really understand and really tricky to know what is going on. My relationship with Charles actually is very good. I expect to get on well with him in the future."

Sainz signed a two-year deal to replace the Aston Martin bound Sebastian Vettel, while Leclerc is just one season into a bumper five-year contract.