Sainz thinks a British GP podium was on the cards

The Ferrari driver is convinced he had the speed to be in the top three at Silverstone as he eventually finished sixth behind Daniel Ricciardo. 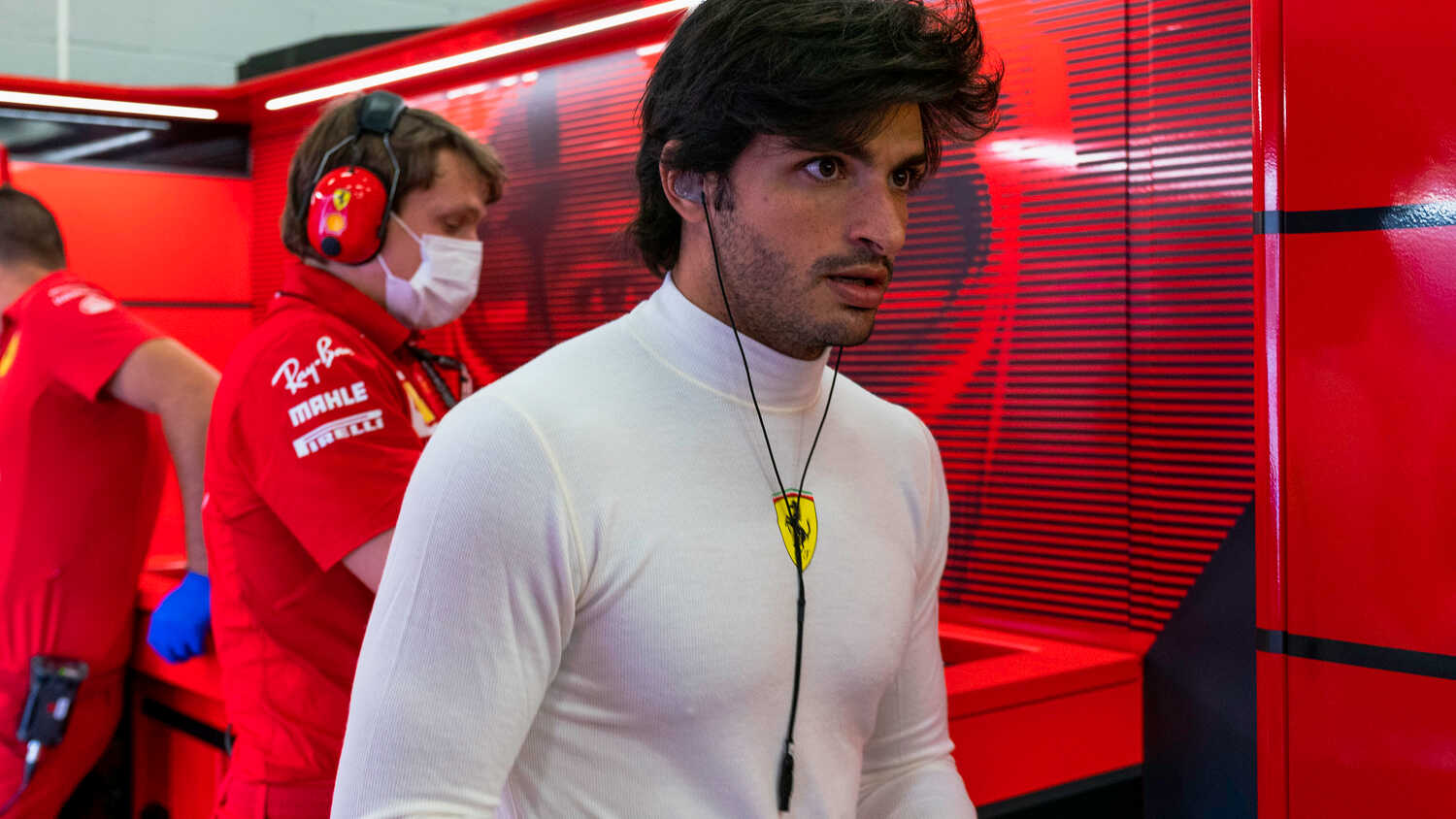 Carlos Sainz believes he had the pace to be on the podium at the British Grand Prix if he had a clean weekend.

Sainz was hit be George Russell during Saturday's sprint qualifying which meant he started the main race in 11th. He quickly moved up the order to sixth but a slow pit stop caused him to lose out to Daniel Ricciardo who held off the Spaniard for the rest of the afternoon.

“Unfortunately we had that slow pit stop that cost us a position to Daniel,” Sainz told Sky Sports. “The pit stops all year have been great, and it’s the first average pit stop that we do.

"In general, I think the pace was great. I think Sunday was one of the best balanced [cars] I’ve had all year. And considering that 50 laps ago we were last, to finish sixth is not that bad.”

Ferrari team principal Mattia Binotto revealed that a problem with one of the wheel guns was the cause of Sainz's slow pit stop. Charles Leclerc finished second, leading most of the race and Binotto says Sainz was able to match him when both drivers were in clean air.

"If you compare our two drivers, one of the two has been stuck behind [rivals], and the other has done a very good pace," Binotto told RacingNews365.com and other select members of the press. "But when Carlos was in clear air, he had pace similar to Charles.

"Now it's three races in a row, that we've had a good pace in the race, which has been a weakness as well at the start to the season.

"We are showing that we are progressing as a team and that is what I'm more pleased of, which is certainly more important if we look at the second part of the season."