Sainz admits Ferrari took a bit of step back

Ferrari saw their pace drop during FP2 as neither car finished in the top 10. Carlos Sainz admits he would welcome rain on Saturday after the team took a step back on Friday. 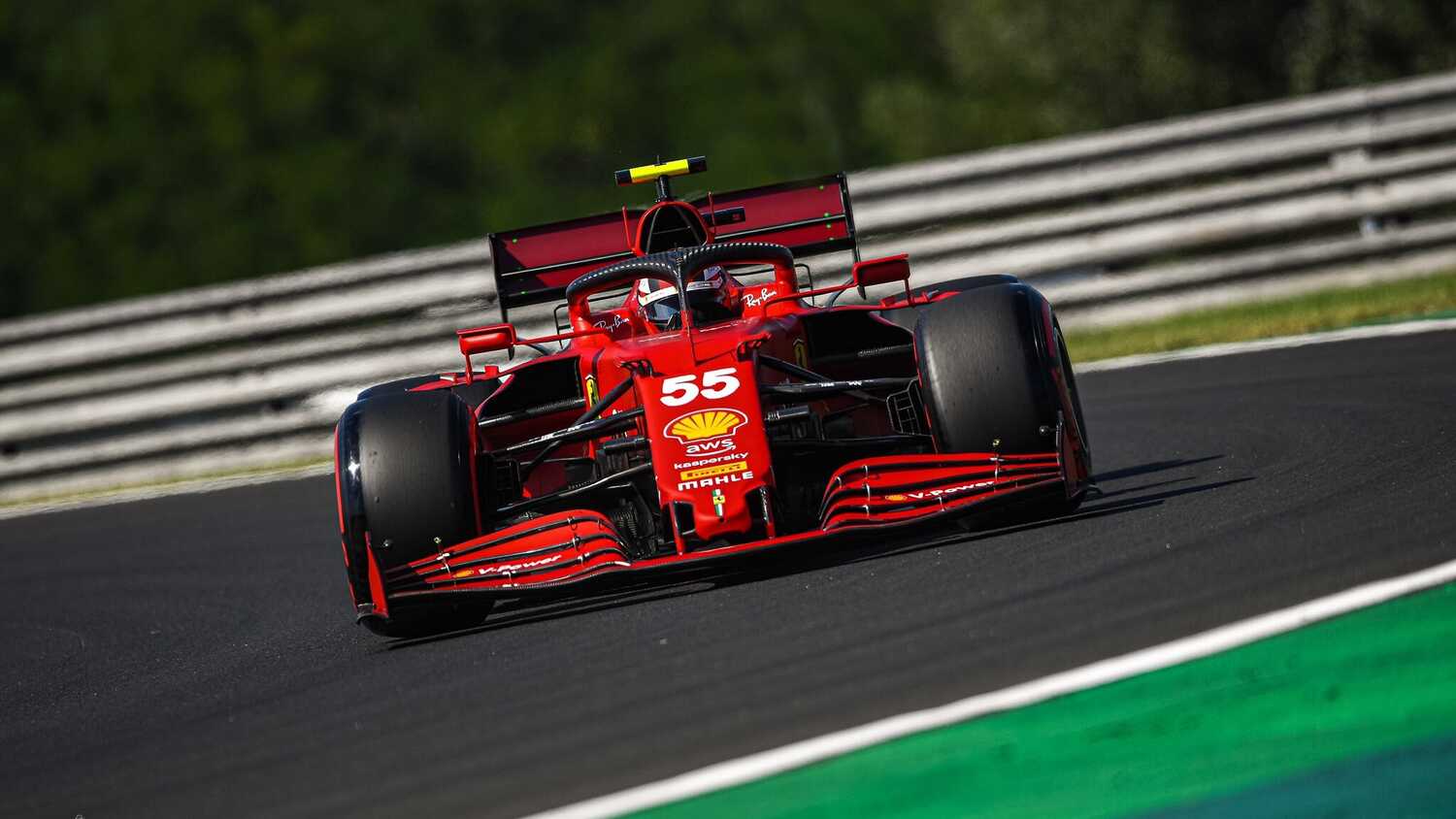 After a strong showing in FP1 that saw him register the fourth fastest time, Carlos Sainz conceded Ferrari took a step back during the second practice as the Spaniard failed to finish inside the top 10.

Sainz conceded it was a bit of a strange day for the Scuderia as high track temperatures, which reached over 60 degrees Celsius at one point, seemed to hurt them more than the rest of the competition.

"It was a bit of a strange one," Sainz told RacingNews365.com and other members of the media. "I guess in FP1 we were quite happy with how everything went, then FP2 was a bit of a weird one because the car didn’t feel any worse, or it didn’t feel particularly bad, it’s just that the others managed to improve.

"With even hotter track temperature we kind of went a bit backwards. Something there to analyse, something there to look into. Hopefully by tomorrow there looks like a risk of rain and a bit of cloud coverage and all of a sudden everything can mix up again."

Rain could impact qualifying on Saturday, with Sainz stating the lower temperatures should help Ferrari.

"The temperatures that we were running in today made the Formula 1 cars and tyres very, very on the limit, but hopefully a bit more to us, I wish, at least."