Sainz: Ferrari don't want to be beaten by AlphaTauri

Ferrari managed to get the better of McLaren in Brazil on Friday, but Carlos Sainz wasn't thrilled to see AlphaTauri's Pierre Gasly out-qualify him for the second race running. 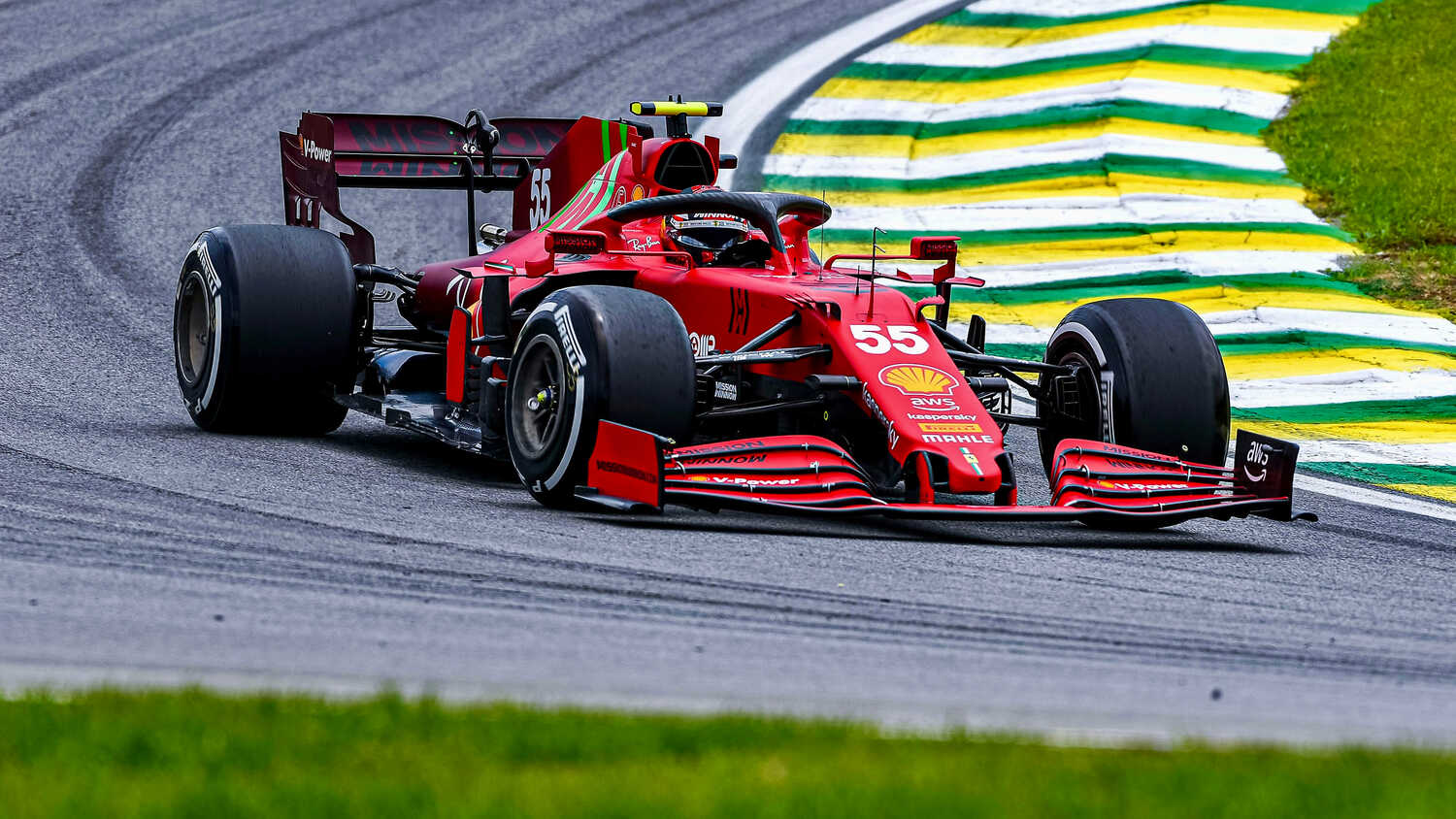 Although both Ferrari cars managed to finish ahead of rivals McLaren during qualifying for the Brazilian Grand Prix, Carlos Sainz says the Scuderia have to keep improving after once again losing out to AlphaTauri.

Ferrari leapfrogged McLaren for third in the Constructors' standings last time out in Mexico, and they outperformed their rivals during qualifying on Friday.

Although Ferrari are in a strong position to extend their lead over McLaren, Sainz admits that the team have some work to do after finishing behind AlphaTauri's Pierre Gasly for the second qualifying session in a row.

"It's no surprise," said Sainz after qualifying, having trailed Gasly - who will line up in P5 - by half a tenth of a second.

"They [AlphaTauri] have a very strong car, they have been very quick all season, it's just now they look to be finding the consistency they were maybe lacking at the beginning - and that car is seriously quick.

"We will try to beat it and try to keep improving because as Ferrari, we don't want to be beaten by AlphaTauri, even if we beat both McLarens."

"AlphaTauri were too quick"

Meanwhile Leclerc wasn't thrilled with how his Q3 played out. Whilst finishing ahead of both McLaren cars was a positive for Ferrari, he says AlphaTauri's pace was too much to overcome.

"In Q3 it was just not great," said the Monegasque. "We did the first runs on used tyres, which wasn't great for my rhythm, and then I didn't do a good enough job on the second run in Q3.

"AlphaTauri was just probably too quick, but it's like this.

"[Beating McLaren] is the positive of today, but I wish there was a better result."