Sainz admits lacking confidence in the Ferrari after Q2 exit

Carlos Sainz had a surprise early exit from qualifying at the Emilia Romagna Grand Prix when he was eliminated in Q2. The Spaniard has explained what might have caused his struggles in the Ferrari. 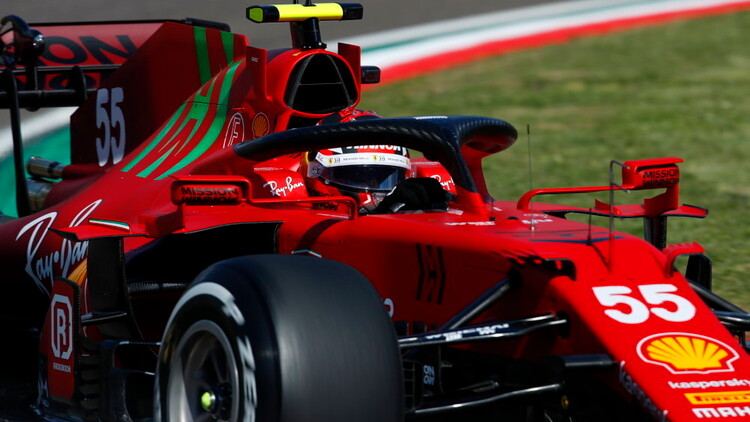 Carlos Sainz has admitted that he is still lacking confidence in the Ferrari after he was eliminated in Q2 during qualifying for the Emilia Romagna Grand Prix.

The Spaniard will start the race in 11th, whilst teammate Charles Leclerc - who is in his third year with the Scuderia - qualified in fourth. Sainz feels that his struggles were underpinned by not having enough knowledge of the car, given that he is only in his second weekend as a Ferrari driver following his move from McLaren.

"Quite simply and frankly I didn't put a lap together in the whole qualifying," Sainz told RacingNews365.com and select media. "I felt like I could push in a lot of the corners and do very good sectors but never really got to do a good lap.

"In the end I know where those two or three tenths are. I was mixing up my brake balance. It was a bit of a scrappy session for me.

"[Maybe] still I lack a bit of confidence and knowledge of the car to string those laps together like I used to do at McLaren. I'm not sure but at the same time I know that today there was the potential to go forward.

"I did some good corners out there but never put it together."

Sainz is confident that he has the speed, but knows that he needs to be able to put it all together consistently and hopes this will happen in time.

"This is a matter of time and experience, to get to know how to put that together."

At the season-opening race in Bahrain - his first with Ferrari - Sainz qualified in eighth and finished the Grand Prix in the same position.