Russell has high hopes for Williams in Imola

British F1 driver George Russell believes the Imola race circuit will suit the characteristics of his Williams car much better than Bahrain did. 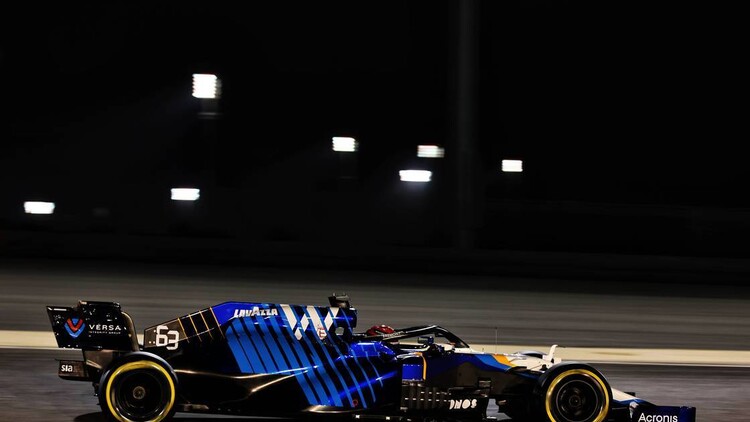 Formula 1 star George Russell is looking forward to the race at Imola as he beleives the circuit will suit his Williams FW43B a lot better.

Having made it out of Q3 and finishing 14th overall in the race, the 2021 Bahrain Grand Prix was a positive one for Russell on the whole. The British driver however thinks Imola could be even better.

"Imola’s the next race and it’s very different to Bahrain so you’re going from two ends of the spectrum," Russell told RacingNews365.com and other selected members of the press.

"So we’re going between two extremes really. I’m not necessarily saying Imola is at the top end but it’s in the top half, let’s say."

Russell also elaborated on his Grand Prix weekend as whole, saying he was happy to be back behind the wheel of a F1 car and actually racing people.

"It was nice to be racing. I had a good little tussle at the beginning, made a few places, lost a few places - I forgot how tricky it was right in that battle with all the cars surrounding you!," Russell commented.

"I think we toughed it out one lap too many in the middle stint - that’s when I had that little battle with Kimi [Raikkonen] - you know what it’s like when he’s on fresher tyres and we lost three or four seconds or so due to that, which was a bit unfortunate, but it wouldn’t have changed our outcome."

Russell also said he was on the whole happy with how his weekend transpired though he predicted a topsy-turvy season ahead for the Grove-based outfit.

"I think given the pace of the car, given the conditions, I think it was a very well-executed weekend and that was probably the maximum we could have expected. As I said, it’s going to be a bit of a yo-yo season, and I do think this is probably the worst-case scenario so fingers cross it gets better from here," Russell concluded.