Russell stunned by first Williams front row: I don't know what to say

The wet and wild conditions during qualifying helped George Russell secure a shock result as he'll start Sunday's race from second on the grid. 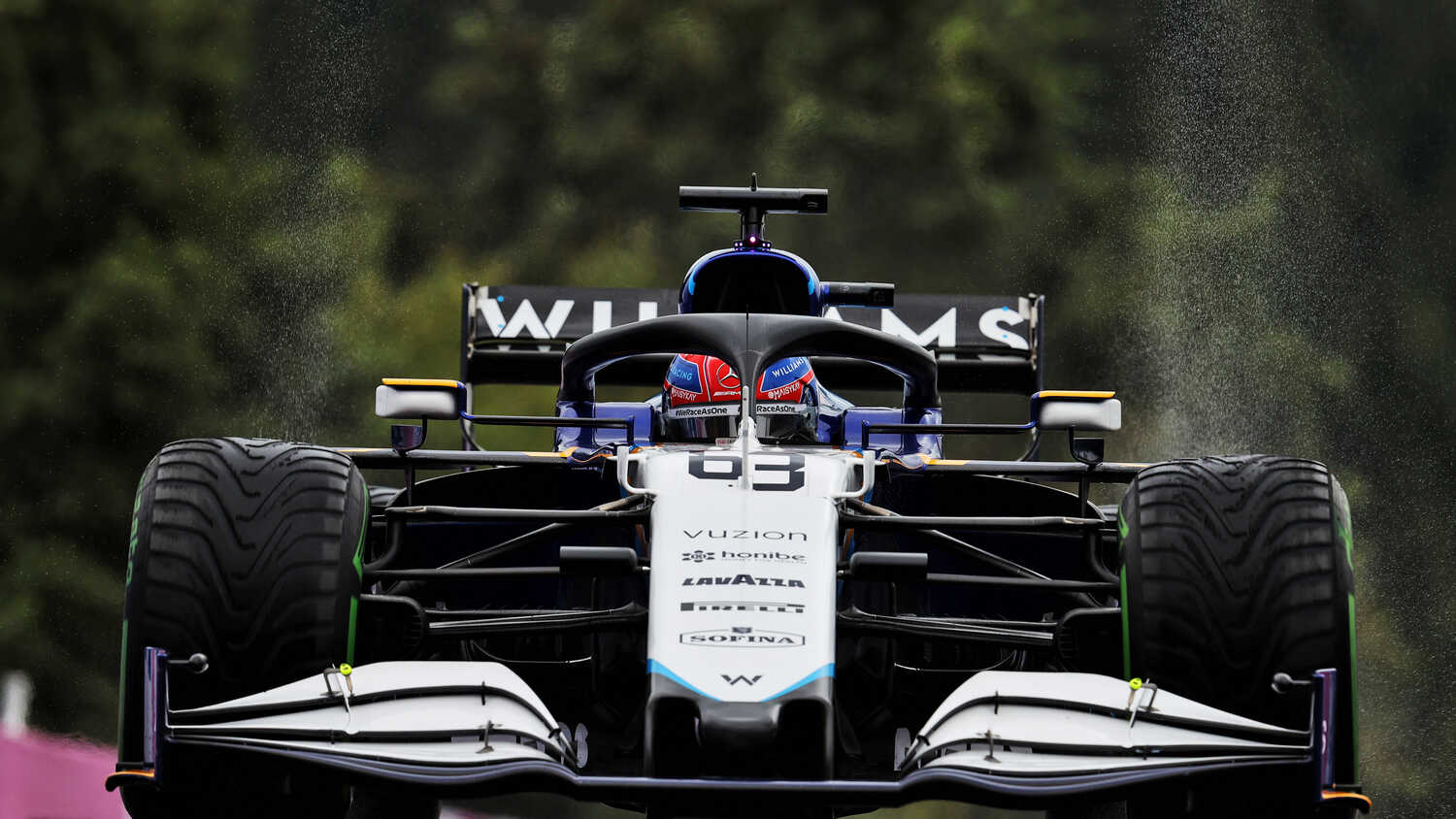 George Russell couldn't hide his delight after securing a first front row start for Williams at the Belgian Grand Prix, admitting he would have just been happy getting out of Q1.

The wet and wild conditions during qualifying at Spa-Francorchamps certainly helped the Williams driver, who will start Sunday's race from second on the grid behind Max Verstappen and ahead of Lewis Hamilton.

Russell paid credit to his Williams team for the job they did in what was a challenging session.

"I don't know what to say to be honest," Russell stated after the qualifying session. "I thought we'd have done a good job to get out of Q1 given how we got on yesterday and now we're standing here on the front row.

"I think the guys did an amazing job today, [we were] on the track at the right time, [the] car was feeling great and I had so much confidence, so onto tomorrow now!"

Russell has his eyes on a strong finish come Sunday as he looks to secure more points for Williams.

"I think I was in a fortunate position where we had nothing to lose," Russell added. "We were in Q3 which is not a norm for us and we just had to go for it.

"We saved the full, maximum engine mode for the last lap, and we just thought, let's go for it, and obviously tomorrow is the important one. We've got to go out there and score some more points."