George Russell's bid to score his first points with Williams have been dealt a blow after the Briton was handed a gird penalty for his incident with Carlos Sainz in Sprint Qualifying. 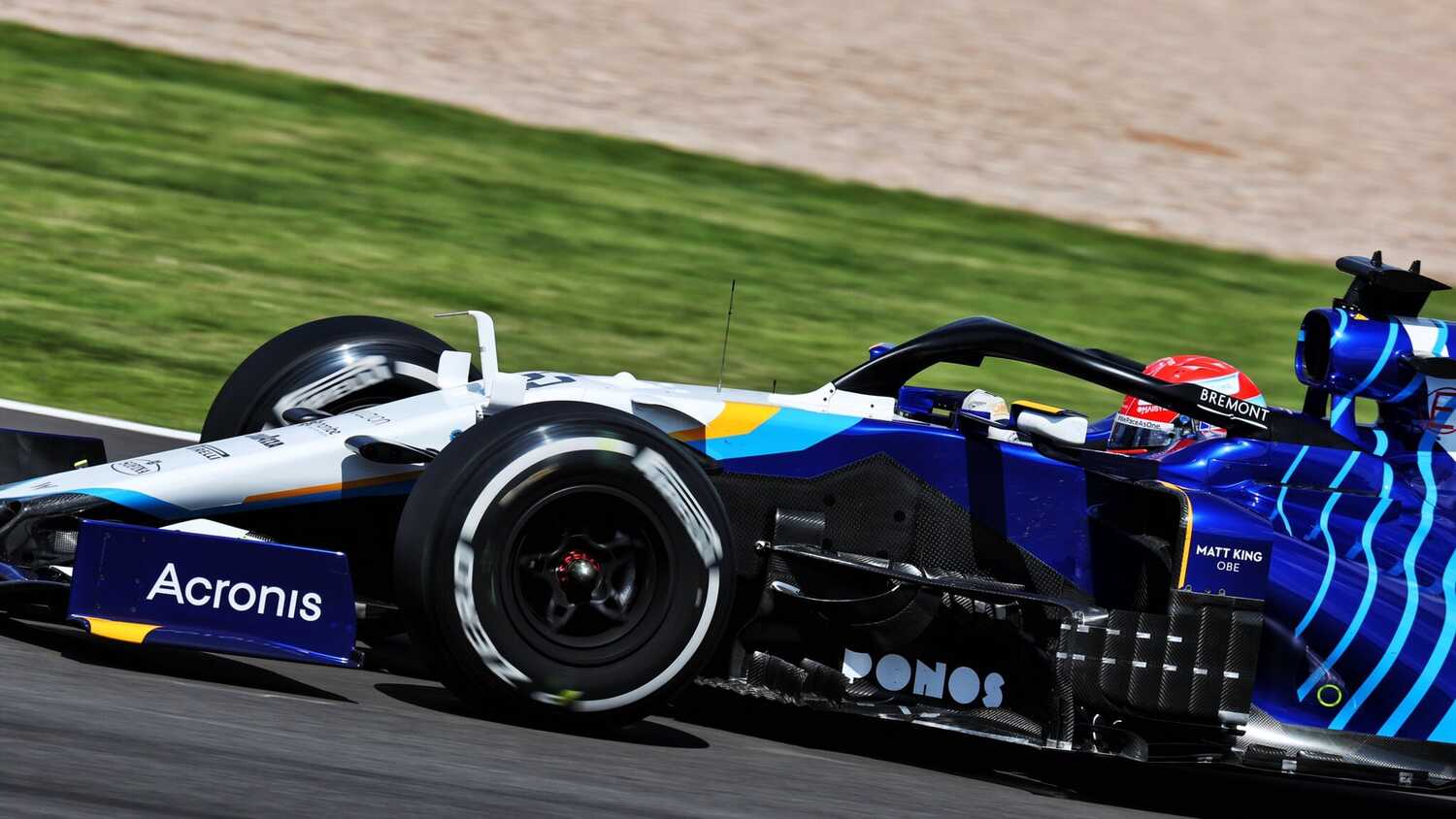 George Russell and Carlos Sainz had a coming together on the first lap of Saturday's Sprint Qualifying, and the incident has cost the Williams driver as he will no longer start in the top 10 after being handed a three-place grid penalty.

The two came together at Turn 6 when Russell locked up and clipped the Spaniard. The contact sent Sainz into the grass, and while the Ferrari driver was able to continue, he fell way down the order.

“Cars 63 [Russell] and 55 [Sainz] approached turn six with car 63 on the inside, in the middle of thetrack, and car 55 on the outside," read a statement by the FIA. "Car 63 locked the front brakes briefly and then understeered towards the edge of the track at the exit of the turn and contacted car 55, which was forced off the circuit and on to the grass. Car 63 is judged at fault for the incident.”

As a result Russell has been handed a three-place grid penalty, meaning he will start the British GP down in 12th. Sainz will move up one spot as a result of Russell's penalty, along with Esteban Ocon and Pierre Gasly.

Meanwhile Sainz was also called in by the stewards after allegedly rejoining the track unsafely, however no further action has been taken. The Ferrari driver, Sebastian Vettel and Nikita Mazepin have all been handed warnings as well after conducting practice starts in a manner that wasn't specified by the Race Director's Notes.