George Russell says he's aware of the scale of the challenge in front of him for 2022, as he steps up to Mercedes and into leading machinery for the first time as a Formula 1 driver. 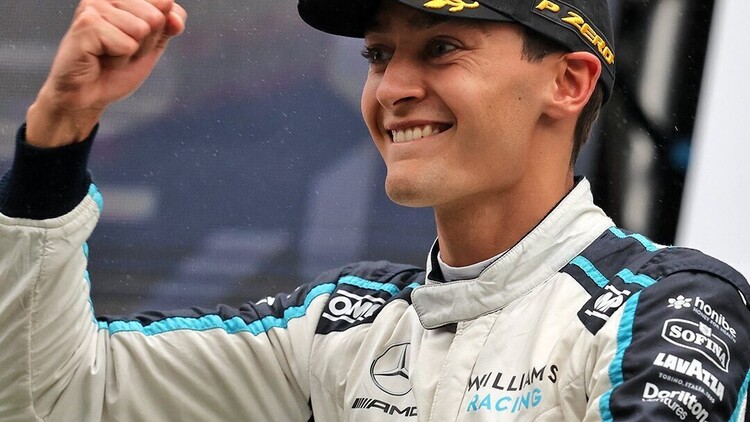 George Russell is anticipating a huge learning curve as he graduates to Mercedes in 2022, after getting the call up to become an expected front-runner in Formula 1 by replacing Valtteri Bottas.

Russell, who currently races for Williams, will be promoted to Mercedes as teammate to Lewis Hamilton next season.

Having spent the first three years of his career towards the back of the field in relatively uncompetitive machinery, Russell says he is under no illusions about the scale of the challenge in front of him.

"I'd be lying if I said I wasn't absolutely buzzing," Russell beamed as the announcement was made about his immediate future.

"It's a huge opportunity and one I want to grab with both hands. But I'm under no illusions as to the scale of the challenge; it's going to be a steep learning curve.

"My target must be to reward the trust that Toto [Wolff, team boss], the team, and the board have placed in me by ensuring I play my part in continuing that success and I want to do my new teammates proud."

With Russell forming an all-British line-up as he partners seven-time World Champion Lewis Hamilton next year, the younger Brit says that the veteran champion has long been an idol of his, and one he wants to emulate.

"Of course, one of those new teammates is in my opinion the greatest driver of all time," he said.

"I've looked up to Lewis since I was in go-karts and the opportunity to learn from someone who has become a role model both on and off track can only benefit me as a driver, a professional, and a human being.

"A huge thank you to Williams, to Mercedes and to everyone who has supported me in getting to where I am today. I couldn't have done it without every single one of you."