Rossi makes the switch to car racing after MotoGP retirement

MotoGP legend Valentino Rossi will continue racing in 2022, as he's signed up for a full-time car programme. 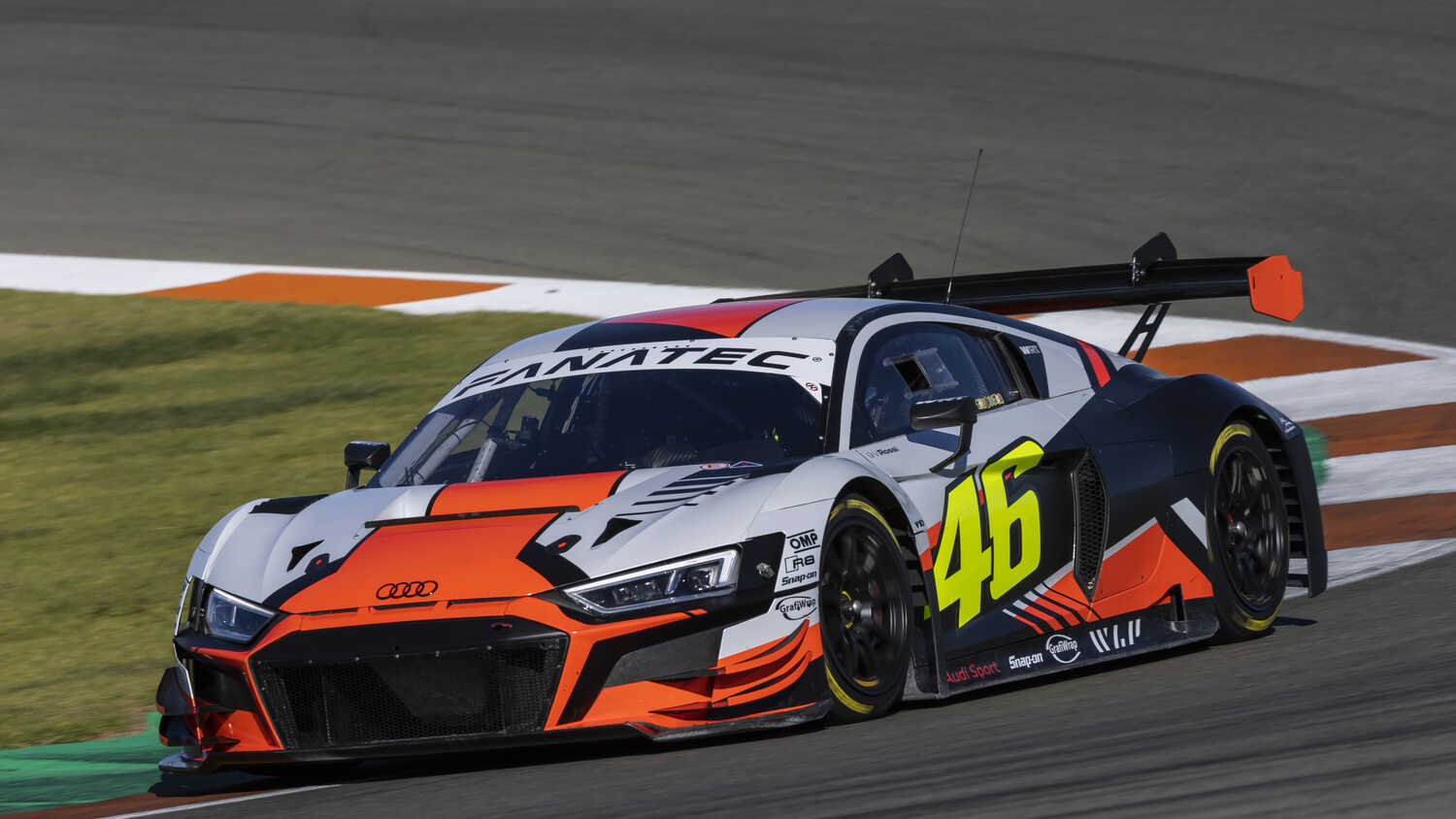 Valentino Rossi may have hung up his motorbike racing leathers, but the Italian legend isn't calling time on his racing career just yet.

Rossi has made the decision to make the switch to four wheels for 2022, as he's joined up with Team WRT for a full-time campaign in the Fanatec GT World Challenge Europe series.

The champion team have signed Rossi to compete in the Endurance and Sprint Cups, where he'll drive an Audi R8 LMS running his iconic number 46.

The confirmation comes in the wake of his successful test with the team at Valencia last month.

The first official championship outing will be the Paul Ricard circuit in early March for pre-season testing, with the first round of the 10-event championship scheduled for Imola on the weekend of 1-3 April.

Rossi has "always been interested" in racing on four wheels

Rossi dabbled with F1 tests with Ferrari over the years, but opted against ever attempting a switch to the very different discipline of motorsport as his legacy grew in MotoGP.

But having made the decision to step away from motorbike racing after more than two decades at the top level, he's explained that he always had the intention of finding a four-wheeled programme when his MotoGP career came to an end.

"I am delighted to join Team WRT for a full Fanatec GTWCE programme," Rossi said.

"Now I am completely available to devote myself to a car racing programme at [a] high level and with the right professional approach.

"Team WRT is the perfect fit I was looking for and I am anxious to start this new adventure in the GTWCE with them."

Team CEO Vincent Vosse is thrilled that his squad have managed to land Rossi's signature.

"I am sure that a lot of fans will be as pleased as we are that Vale is starting a new career on four wheels and that he is doing it in GT, with Team WRT and Audi," he said.

"We all know what a great motorbike champion and sports figure Vale is, but most of all, he is a true racer and a very professional and competitive sportsman, eager to be as successful as possible in the new challenge he has decided to embrace.

"This is exactly why we really wanted to work with him. The test we made at Valencia was extremely positive for both parties, in terms of technical feedback and working approach, and we took things from there.

"We warmly welcome Vale in the WRT family and I am sure that we are off to a very exciting experience for both."