Rossi hits out at MotoGP over Marquez return

Marc Marquez missed the entire 2020 MotoGP season after suffering a broken arm at the season-opening race in Jerez. The Spaniard return to action the following week but was forced to sit out after aggravating the issue, and Valentino Rossi wonders why he was allowed back so quickly. 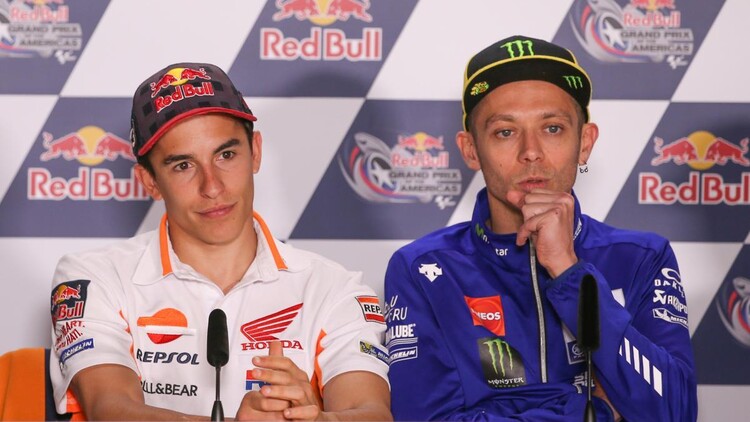 Valentino Rossi didn't hold back in criticising MotoGP promoters Dorna Sports for allowing Marc Marquez to return to the grid just days after surgery on his broken arm last year.

The Spaniard broke his right humerus in a nasty incident at the first race of the season in Jerez and underwent surgery immediately to rectify the problem. However he has ultimately cleared to race the following weekend in the Andalusian GP, a decision that made things worse and required two more operations to correct.

As a result Marquez missed the entire 2020 campaign, and Rossi believes Dorna broke their own policies in trying to get the Spaniard back on track before he was fit to do so.

"I think they wanted him to return to racing too soon after his operation and I don't understand how they allowed that to happen," Rossi told Corriere della Sera. "Dr. [Claudio] Costa was a pioneer, he revolutionized treatments and reduced recovery times. He's given us a clear path for that.

"However Dorna introduced rules to avoid taking excessive risks after Lorenzo's quick return to Assen back in 2013. With Marquez's return all that went up in the air. Who knows why."

Although Rossi admits it's upsetting to see Marquez on the sidelines, as he may miss the opening rounds of the season after undergoing surgery in December, the Italian still holds a grudge against the Spaniard for his role handing the title to Jorge Lorenzo back in 2015.

"Impossible," Rossi stated when asked if he forgives Marquez. "What he did is unforgivable. When I think about those days, I have the same feeling as then and six years have passed.

"I think it's unlikely I'll change my mind."