Rosberg sees 'on fire' Hamilton as favourite for the title

Nico Rosberg has given his thoughts on the 2021 F1 title fight between Max Verstappen and Lewis Hamilton as it reaches its climax in Abu Dhabi. 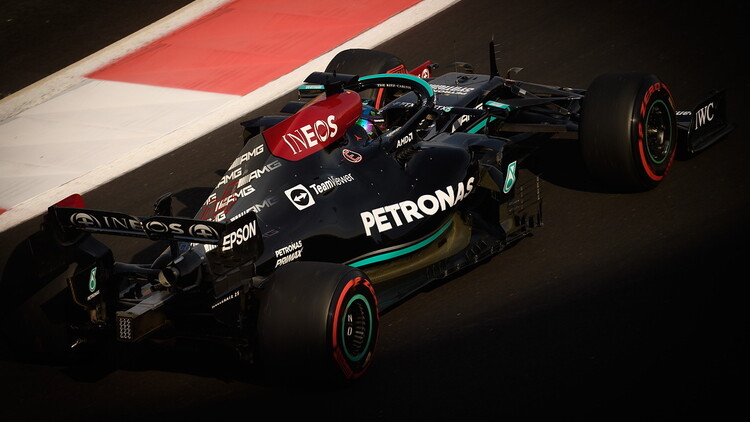 Nico Rosberg believes that the "on fire" Lewis Hamilton has to be seen as the favourite to win this weekend's Abu Dhabi Grand Prix, and the 2021 F1 world title, noting his "massive form" in Friday practice.

Hamilton arrived at the Yas Marina Circuit on the back of three successive victories in Brazil, Qatar and Saudi Arabia, putting him level on points with rival Max Verstappen in the championship standings.

Following Hamilton's impressive Friday display in terms of one-lap pace, which was backed up in Saturday's FP3 session, Rosberg reckons Verstappen will need to deliver an "extremely special" performance to fight for pole position.

Hamilton and Mercedes the favourites

Discussing Hamilton and Mercedes' recent form in an interview with Sky Sports, Rosberg said: "They did have glimpses of really strong weekends. But now they've had this run, three races in a row, [being] so dominant.

"It started with Brazil, where [Hamilton] was in a league of his own. We know it has to do also with the fresh engine that he got at the time. They have an incredibly strong package.

"We saw it [in practice] yesterday. Max is going to have to pull out something extremely special to be ahead in qualifying."

Rosberg added: "Lewis is on fire. He has so much such great form. He was on massive form again yesterday, so you kind of feel that he has to be a little bit the favourite at the moment."

"A historic moment for the sport"

Rosberg beat then-teammate Hamilton to the title in the sport's most recent final-round showdown in Abu Dhabi back in 2016, before retiring from the sport, and noted how both contenders are likely to be feeling this weekend.

"This is a historic moment for our sport, what's gonna happen here today and tomorrow," he commented.

"Of course, there are comparisons, because also I was in such a title battle in 2016. It's just the intensity, the nerves.

"Even these two drivers... someone like Max, from the outside sometimes you think this guy doesn't even get nervous, but that's not true. Inside we're still all humans. Max is human, Lewis [as well], and both of them will be on the edge of their seats this weekend."