Rosberg reveals details of Mercedes' document: I signed the thing!

2016 Formula 1 World Champion Nico Rosberg has explained that he knows what is on the mysterious document Mercedes submitted to the stewards at the British Grand Prix. 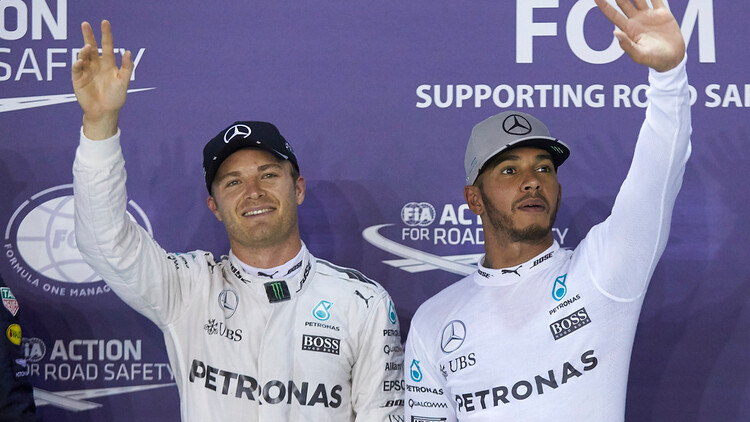 Nico Rosberg has explained he knows what the contents of the mysterious Mercedes document are, after the team submitted it to race stewards following the contentious clash with Red Bull's Max Verstappen at Silverstone.

Team boss Toto Wolff was heard on the radio explaining to the FIA's Race Director Michael Masi that he had emailed the document to him, moments after the Verstappen clash, and related to diagrams on car positioning during an on track battle.

However, it later emerged that the document was not an official FIA document, and had been drawn up, possibly by the late Charlie Whiting, in response to a request from Mercedes to the FIA for help in racing etiquette at the height of the Hamilton/Rosberg teammate war.

"Of course I saw it, in fact I put my signature under that thing!" Rosberg told Sky Sports F1.

"So, yes, that was a pretty intense time and I didn't know that it was a part of the recent debate as well but I know every single detail!"

Asked to explain what's on the document, which has not entered the public domain, Rosberg said it is a guide on who is judged to have the right to a corner when in battle.

"It's just about positioning of the car versus the other car, whose corner it is, who has the right of way and things like that," he said.

"It's very detailed, and it's useful for the stewards to be able to judge battles in situations like that."

With the document ultimately proving to not be official documentation from the FIA, Hamilton was given a ten second time penalty for the clash with Verstappen. Despite this, the British driver recovered to win the race after serving his penalty. In response to this, Red Bull attempted to have the penalty leniency reviewed. This attempt was not accepted by the stewards.

"Yes, I mean come on, if they think that the penalty should have been worse then yes, why not try and see if you can get another step on that?" Rosberg told Sky Sports F1, when asked for his thoughts on Red Bull's attempt.

"The problem is though that apparently they went below the waistline, you know, they went into an area where it's not fair and respectful any more and that's kind of the debate. That must not happen, of course, but we don't know the exact wording, so it's a bit difficult."