Rosberg: My battle with Hamilton was more complicated than Verstappen's

The 2016 Formula 1 world champion thinks his rivalry with Lewis Hamilton was more complex than Max Verstappen's ongoing duel with the British driver. 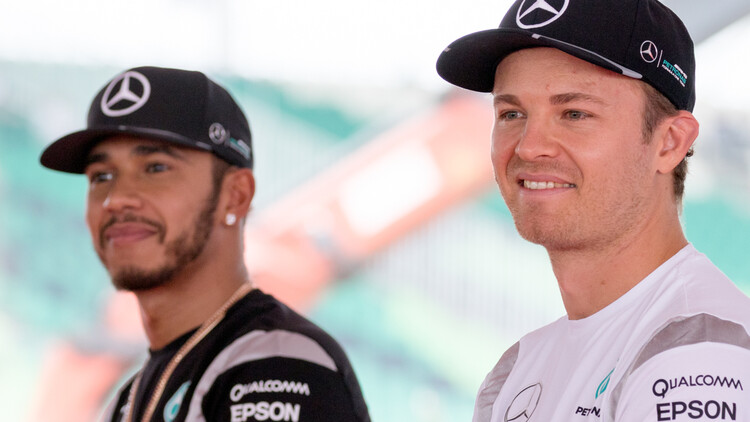 Nico Rosberg feels that his battle with Lewis Hamilton was more complicated than the current rivalry between Max Verstappen and the seven-time world champion.

Rosberg has often discussed the intensity of hit inter-team rivalry with Hamilton that culminated in his triumphant 2016 season when he won the world title before retiring just five days later. He says Verstappen's and Hamilton's collision at the British GP reminded him of his clash at the 2016 Spanish GP with Hamilton when both drivers immediately went out of the race.

“Wheel-to-wheel racing, and especially also with Lewis, so yes it did, it did remind me a little bit [of that accident]," told the Express. "But I think in my time it was even more complicated because it's within the same team.

Just eight points split Hamilton and Verstappen in the Drivers' Championship after 10 rounds. The pair went wheel to wheel in the opening four races whilst tension has grew off the track between Mercedes and Red Bull. It's a battle that Rosberg sees as a clash of generations.

“I mean it's for us fans watching F1, especially once we all saw that he [Verstappen] was not injured [at Silverstone], and from beyond that then it's just a fantastic battle to follow this, this battle of the generations," said Rosberg.