Romain Grosjean has taken pole position for the Indy Grand Prix, in just his third appearance in the series. 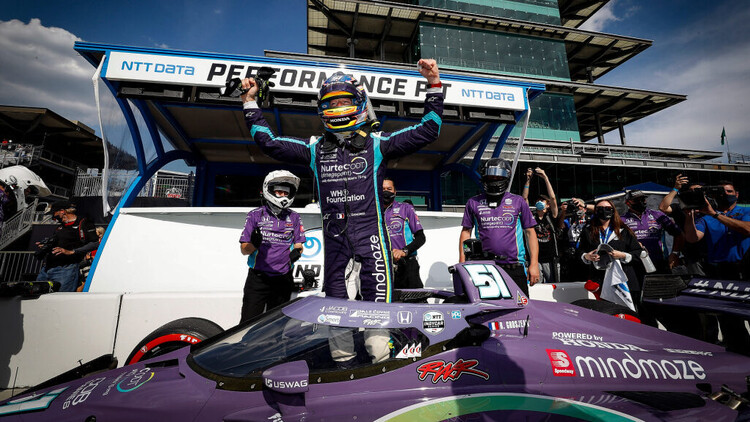 Grosjean set a 1:09.4396 to finish just over a tenth clear of Josef Newgarden, and will thus lead the field away for a rolling start for the first time on Saturday.

It's Grosjean's first pole position in over ten years, having last started from top spot at the Turkish round during his GP2 campaign in 2011.

“When I saw the (first qualifying) group I was in, I was like, ‘Oh, dear, if we can get out of the first group, we’re going to be OK,’ and we did. That last few laps, we were on it. What a day for us. I’m happier than I have been in a very long time.”

Grosjean's F1 adventures aren't quite over yet though, despite his switch to IndyCar. He is scheduled to take part in a day of testing with Mercedes in late June, taking place at the Paul Ricard circuit.