Ricciardo: There were moments when I fell out of love with F1

The McLaren driver says he made a point to himself to ensure his moments of frustration never lasted after going through a difficult spell earlier this year. 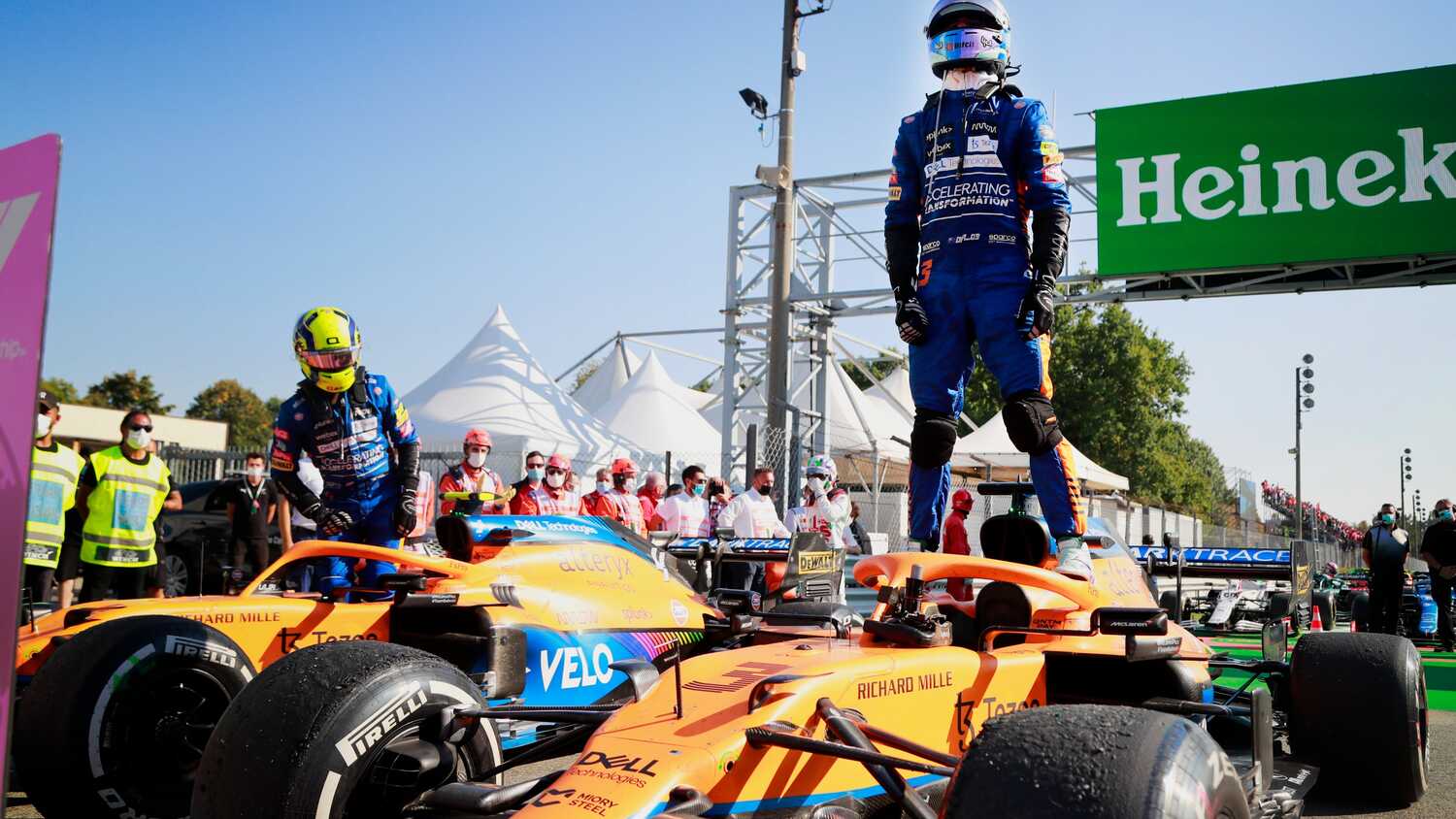 Daniel Ricciardo admits there have been days when he "definitely hasn't loved F1" this year, after he endured a difficult run of results with new team McLaren.

Ricciardo scored less than half of teammate Lando Norris' points haul over the first half of the season, but has bounced back since the summer break and won last weekend's Italian Grand Prix.

"It's reassuring for me," Ricciardo told RacingNews365.com and other select members of the press, after his eighth career F1 win.

"I believe in myself, obviously, I think everyone does to get to this point in the sport, but I've certainly been challenged this year.

"The sport is a tricky one, it's not so black and white, and sometimes you do struggle to find some answers. I think you have to stay on course and stay true to the course, and you can easily get lost as well.

"I think, deep down, I would have moments of frustration or moments of dropping my head, but I kind of made a point never to let that last. I also made a point to try and gain something from it and learn from it.

"There's been days this year where I definitely haven't loved it, but I've had those days pretty much every year. I think there's probably just been more this year, but I don't resent those feelings either.

"I think those things make you appreciate the good days, but also they make you understand some internal questions within yourself and how much you want it, and how much it means to you."

Ricciardo's win at Monza was McLaren's first victory since the 2012 Brazilian GP, when Jenson Button reached the top step of the podium.

The Australian hinted he was more motivated to perform, knowing that McLaren had a chance to fight with Mercedes and Red bull last weekend.

"For moments you fall out of love with the sport, but actually the clarity you get afterwards... it kind of makes you realise how much you do love it and how much you want it," said Ricciardo.

"I think that's been the biggest last weekend. I knew we would have a chance to fight for a podium and the 'want' really kind of shone through, and when it gets to that point, and that level, I would back myself to the hills."