The Australian driver has questioned the level of competition Hamilton has faced during his time at Mercedes. According to Ricciardo, George Russell's performance at the Sakhir Grand Prix proves his point. 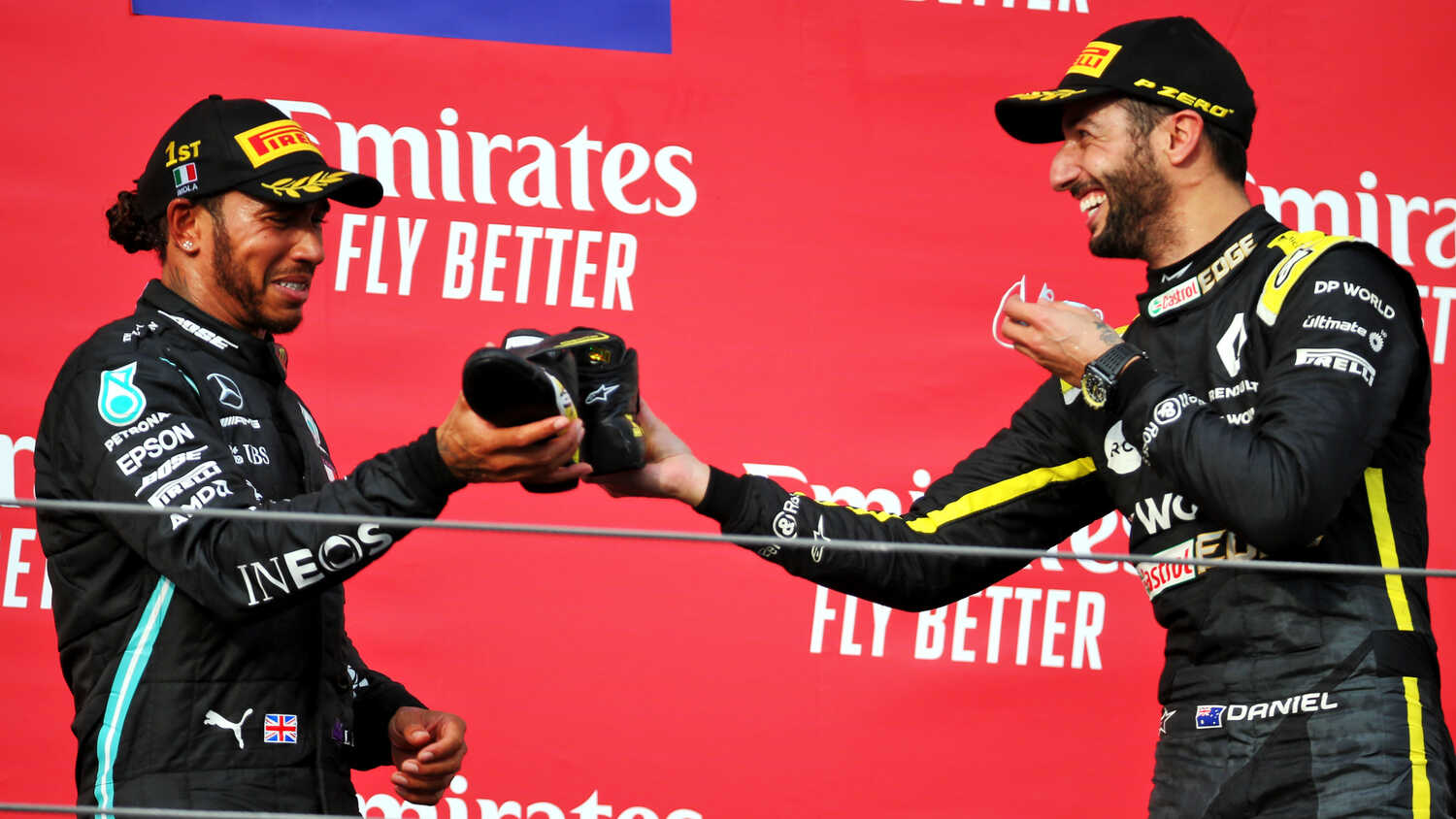 Daniel Ricciardo has argued that Lewis Hamilton doesn't have the best competition at Mercedes, in the wake of George Russell's fine performance deputising for the seven-time F1 world champion at last year's Sakhir Grand Prix.

Russell outperformed Valtteri Bottas in the same machinery on race day, before a cavalcade of misfortune saw him cross the finishing line in P9 - rather than claiming the race win.

“To answer it diplomatically, I think Lewis isn’t the only one that could win races in that car," Ricciardo told Squaremile.com.

"That’s obviously my opinion and I think that George Russell, in a way, showed the possibility of that by pretty much beating Valtteri [Bottas] in his first race. So you could argue that just maybe Lewis doesn’t have the strongest competition.

“I think, where we can’t be too aggressive or disrespectful to Lewis, is that, do a few of us believe we could beat him? Yes. I’m quite sure of that.

However, where the McLaren driver is somewhat critical of Hamilton's opposition, he is also keen to emphasise how well the Brit has done to consistently manage the pressure - and turn up on the top of his game year after year.

"None of us have had that year after year. Pretty much every weekend he rocks up to a race. Yes, he has the best car, but he’s also expected to win all the time. And if he doesn’t, it’s like, ‘OK, what happened to Lewis?’”