McLaren's Daniel Ricciardo is dreaming of victory at the Italian Grand Prix, as he prepares to start from the front row of the grid at Monza. 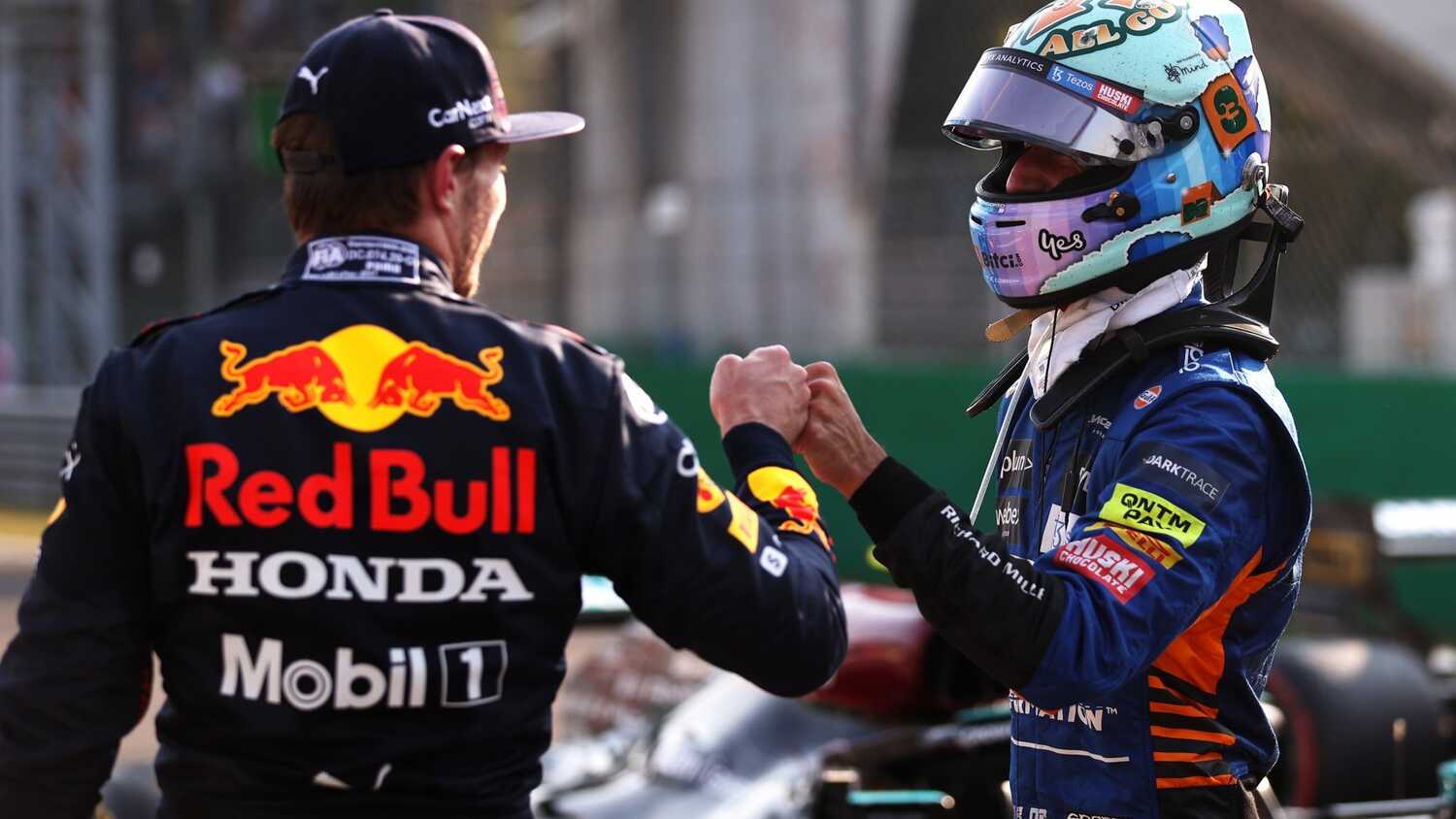 Daniel Ricciardo says he's ready to return to the sharp end of the Formula 1 field and achieve McLaren's first victory since the 2012 Brazilian Grand Prix, having secured a front row start for the Italian Grand Prix.

Ricciardo made a lightning start to the Sprint Qualifying race at Monza on Saturday to vault past teammate Lando Norris and Mercedes' Lewis Hamilton, coming home in third place.

With a clear track in front of him on the run down to Turn 1, Ricciardo says he's hoping to be able to fight for the win.

"I'll probably dream a little bit about it, and I'm ready to make that a reality for sure," Ricciardo told the media, including RacingNews365.com, after the Sprint race.

"A few things might have to swing in our favour but we'll certainly put ourselves in the fight, in the hunt. I'm very excited to get going with that, and to try to make some good stuff happen.

"Obviously they [McLaren, with Carlos Sainz] were second here last year. We're there or thereabouts. I'm hungry. Anyone who saw me after qualifying, I think they're not surprised about this outcome today."

Having been lucky to make it through Turn 1 unscathed after being gently tapped by AlphaTauri's Pierre Gasly, Ricciardo joked that he was furious when he found out it had happened after the session.

Verstappen, sitting alongside his former Red Bull teammate in the press conference, asked Ricciardo whether he had destroyed the whole room in his rage.

Ricciardo said he'd manage to keep his cool on this occasion: "This time I kept the room in one piece! Max knows. Sometimes I don't keep it that cool.

"I would say I used some of that [in the Sprint] and I will use the rest of it [in the Grand Prix]. That's all. As I said before, I'm hungry. It's been a long time since I've been up in this position, so I just want to be back here and never leave."