Ricciardo living in fear over dirty side of the grid: It's going to be terrible!

Daniel Ricciardo isn't expecting the right-hand side of the grid at the Losail International Circuit to be kind, as he starts from 14th. 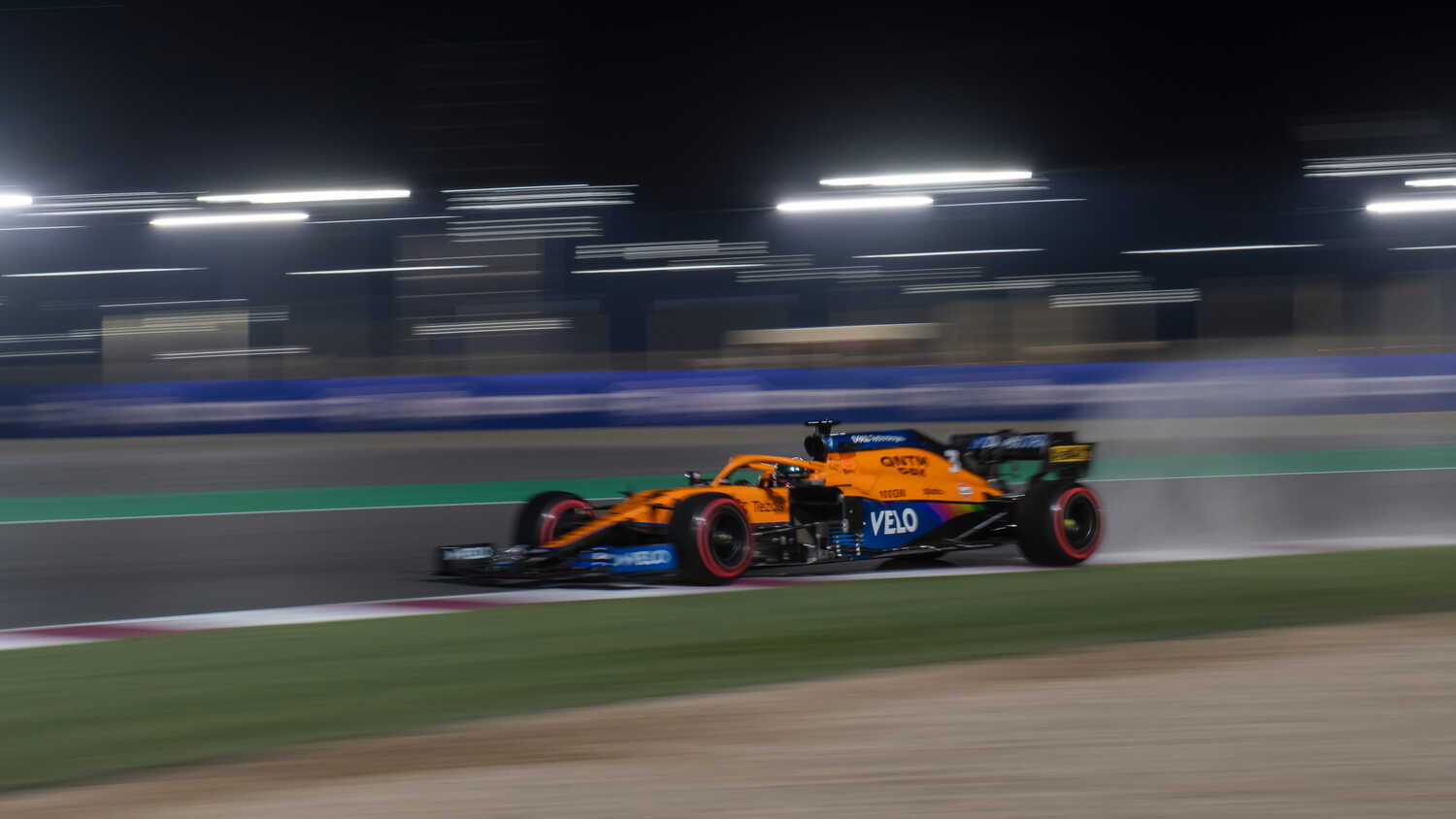 McLaren driver Daniel Ricciardo has admitted that he's struggling for pace this weekend in Qatar, after the Australian driver was knocked out in Q2 in 14th place.

While his starting position may yet change, as a result of three drivers ahead of him on the grid being investigated for allegedly failing to slow for yellow flags at the end of Q3, Ricciardo is eyeing up his 14th place grid slot with trepidation.

With no support categories in action to clear away the dust and dirt, he believes the grip levels on the right-hand side of the grid are going to be very low.

"The insult to injury is [the] right-hand side of the grid is going to be terrible!" Ricciardo told Sky Sports.

"I know that sounds really negative, but I think it's speaking facts at the moment. There's no support categories this weekend, so we'll see if they can give it a polish."

But Ricciardo, as he usually does, tried to keep positive as he started joking about the situation.

"Or we can protest someone! They all got in my way, so I'm going to protest them actually," he laughed.

"There was a few cars [in the way] in the last corner. It didn't affect my lap, but they tried and they failed. There was one Ferrari that I wasn't happy with, and I think a Williams as well, so I'm out for blood!"

Why did he struggle for pace?

With teammate Lando Norris running as high as sixth in Q3, Ricciardo was at a loss to explain why he couldn't make the same progress as his teammate in the other McLaren.

"Honestly, I just didn't have the pace," he admitted.

"All weekend, we've just been trying to find a bit more and it didn't feel that bad, but I'm just trying to carry a little bit more speed through a few corners and I couldn't quite get it to hold on.

"Just not finding those last few tenths, so we'll see what we can do. Free tyre choice, I'll take that, but ultimately I just didn't have the pace."

Ricciardo suspects that his continuing slight lack of comfort with the car is still having a role at tracks that don't play to the strengths of the car.

"Some corners feel pretty good, but we know this year these long corners are where we struggle more than others," he said.

"Not being able to do a whole lot with the approach, I think that's where we're a little bit handcuffed in some ways. That's tough to exploit and I'm still not quite on top of exploiting that in those kind of style corners.

"It's frustrating, 14th is not great, but we'll try and find a way to make it better [for the race]."