Ricciardo: I would have loved to be better by now but it's tricky

After seeing an improvement at Silverstone, Daniel Ricciardo had a more difficult day in qualifying for the Hungarian Grand Prix. The Australian missed out on reaching Q3 and will start the race from 11th on the grid. 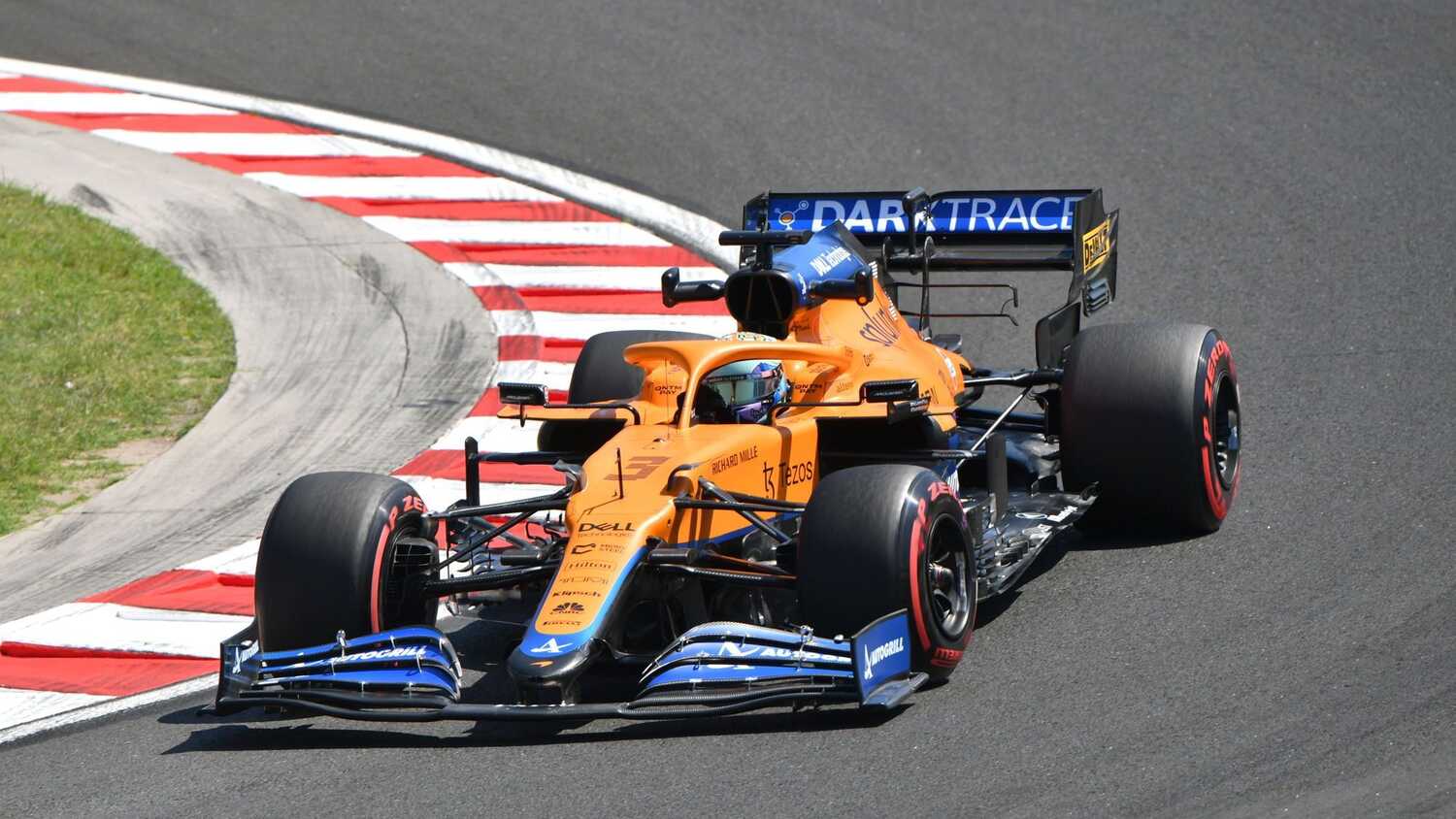 Daniel Ricciardo admits he was hoping to have made more progress by this point of the season after a disappointing qualifying session for the Hungarian Grand Prix.

The Australian seemed to struggled in Q1 and was then eliminated in Q2. He will start the race from 11th on the grid, whilst teammate Lando Norris is up in sixth. Despite a better showing at Silverstone two weeks ago, Ricciardo is still finding it difficult to get to grips with the McLaren.

"I knew after Silverstone there were no guarantees that we'd be automatically quick here. It's a very different track," Ricciardo told Sky Sports F1.

"But it's definitely a track I enjoy, so that normally counts for something, but it's when we really try and get those last few tenths out of it and lean on the car, it's hard. It's hard to kind of basically feel it and get what I'm after.

"I think the lap itself felt okay for what I had, but obviously okay isn't good enough. We just keep trying.

"Obviously we're approaching the summer break. I would have loved for it to have been a lot better by now, but it's proven tricky so we keep going."

Whilst his confidence in braking has improved, Ricciardo is still struggling with adapting his driving style to the car.

"The braking actually now is in a pretty good place," the 32-year-old explained. "We made a good step a few races ago.

"It's a bit of everything. It's definitely a bit of style, like if I try to get the car to do what I want, it doesn't quite work with what I would usually do, so it's trying to adapt that style.

"Also on top of that, it kind of gives you a different feel and a different sensation. It all starts with turning and that kind of dictates the feel throughout the whole corner. Some corners I can get kind of comfortable with it, and others it's very challenging.

"We'll have a tyre choice tomorrow, hopefully that means something."