Ricciardo: I don't have regrets about leaving Red Bull

Daniel Ricciardo has not won a race since leaving Red Bull at the end of 2018. His former team are now fighting for the World Championship but it hasn't made the Australian question his decision to move on. 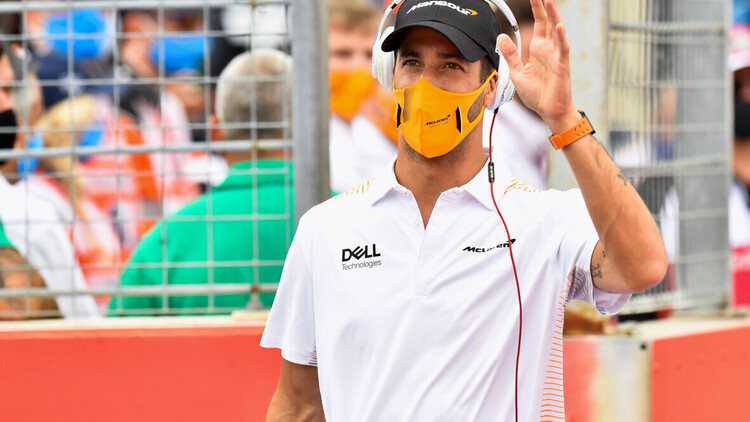 Daniel Ricciardo says he has no regrets about leaving Red Bull despite the fact that they are now fighting for the World Championship.

The Australian spent much of his early F1 career under the Red Bull stable, having raced for the then-called Toro Rosso junior outfit in 2012 and 2013 before stepping up to the main team in 2014. He went on to win seven races throughout his five seasons there, before deciding to switch to Renault for 2019, where he remained for two years. In 2021 Ricciardo moved to McLaren.

Red Bull have mostly had the upper hand so far during this year's title fight, and currently lead both the Drivers' and Constructors' Championships ahead of Lewis Hamilton and Mercedes. Meanwhile Ricciardo has had a difficult start to his first season with McLaren, yet the differences in fortunes have not made him question his decision to leave Red Bull.

"I don’t have regrets," Ricciardo was quoted by RaceFans. "I think I made every decision for a reason and every decision you make is a time or a moment in your life that is right or best at that time. I certainly don’t look back with regret or I don’t question anything."

Ricciardo insists he is happy to see that his former team have become increasingly competitive this year.

"I look at their results this year - I guess that’s probably where the question comes from, 'do I think that could have been me?'" the 32-year-old said. "But I look at that and I’m honestly happy for them.

"Don’t get me wrong, I would love to be doing the winning, but I’m happy for them that they’re challenging Mercedes and they look like they’re in a real hunt for the title this year. I briefly caught up with Christian [Horner] in Austria and a few of the Red Bull guys and I was actually stoked that they’re doing what they’re doing. Certainly no regrets."