Ricciardo describes 'filthy dark' Monaco race: I didn't want to be there

Daniel Ricciardo has described his mood after the 2016 Monaco GP as 'filthy dark', after the win was lost due to a pitstop error from Red Bull. 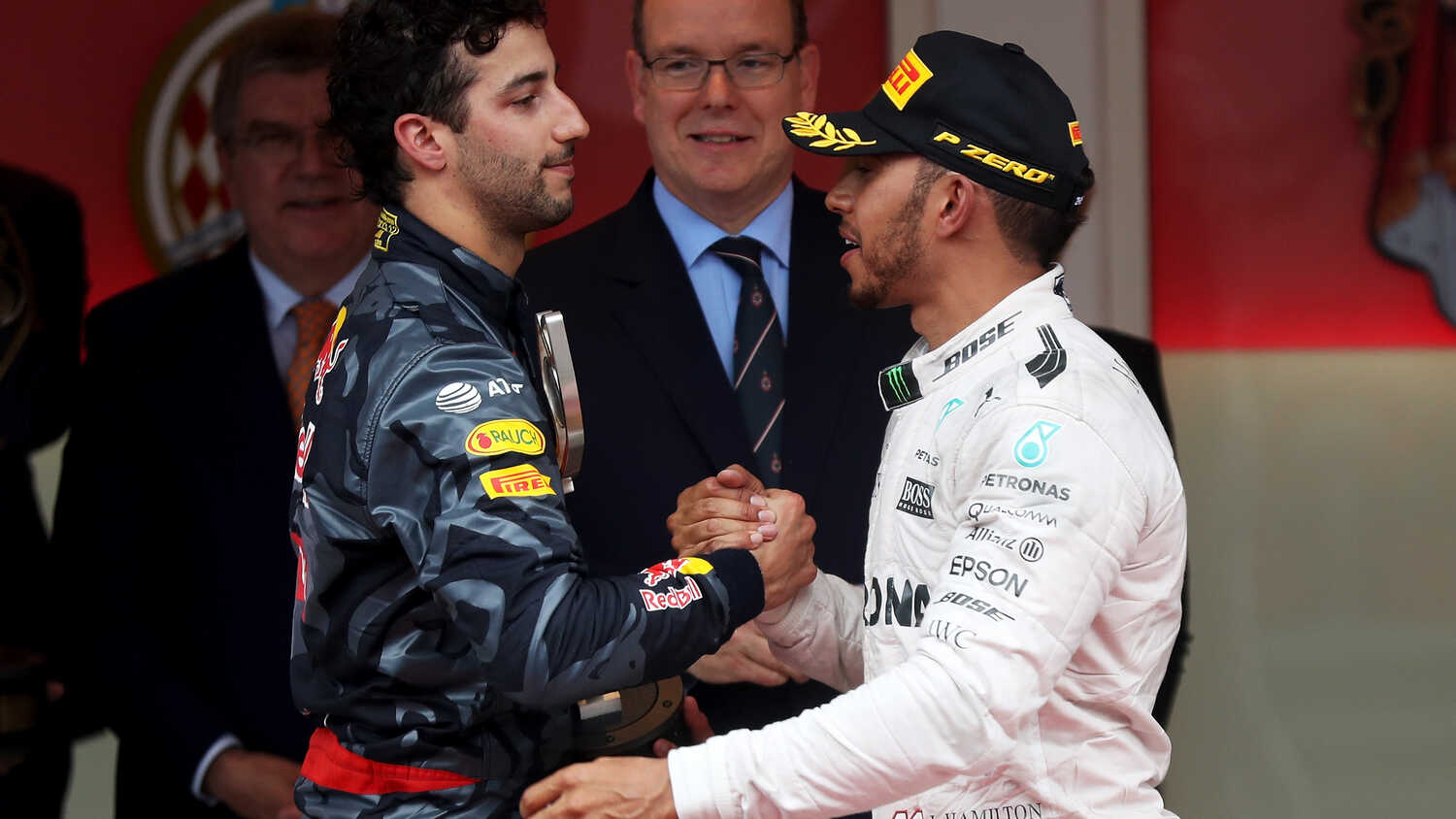 Daniel Ricciardo has reflected on his ill-fated attempt to win the 2016 Monaco Grand Prix, in which the Red Bull driver missed out on the victory after a pitstop error from his team.

Ricciardo had been unstoppable throughout that entire weekend, qualifying on pole and leading ahead of Mercedes' Lewis Hamilton. But, changing from the wet to slick tyres, Red Bull weren't ready for the crucial pitstop. After a lengthy delay, Ricciardo emerged from the pits just behind Hamilton and had to stare at the back of the Mercedes for the remainder of the race.

"Yeah, I was filthy. Filthy is probably the, if I had to say like one word, that's how I would have probably described it," Ricciardo explained on the In The Fast Lane podcast.

"If I had to say two words it was like 'filthy dark'. To lead into it with a bit more context, Barcelona I was leading. Team pitted me from the lead, Max [Verstappen] ended up staying out and winning the race and I dropped to fourth because of that.

"So I was already coming into Monaco with a bit of anger. So I'd done everything right, I'd led every session, qualified on pole, and then I wake up Sunday morning and it's raining and I'm just like 'Can't we just have a straightforward race?'

"Rain is obviously treacherous in any kind of circumstance, in F1. It's a lot more tricky and there's a lot more variables and so throw rain onto an already crazy circuit being Monaco, and I felt actually that I dealt with the rain really well in the phase of the race that it was raining and then the pitstop and and we obviously lost the race because of that."

Ricciardo described his anger while driving around for the second half of the race, frustratingly staring at the back of the Mercedes and knowing that he should have been in front of Hamilton.

"I vividly remember driving the later part of that race," Ricciardo explained.

"Obviously, I knew I wasn't going to pass Lewis unless he made a big mistake. And I was like, 'Alright, this is like the wins gone'.

"I've still got images like driving through Turns 7 and 8, and just definitely not wanting to be there. I was just wishing that the race would already be over. I felt like, again, I'd done everything I can. Even the weather threw a few curveballs at me and I survived it. And I was pretty filthy, because it was like two weeks in a row."

Ricciardo would get the chance to win again, and took a famous victory two years later to get redemption for the 2016 loss, but the Australian said that he knew that that hadn't been a sure thing as he stood glowering on the podium after finishing second.

"Obviously then, for that to be Monaco, you just don't know, we weren't a Mercedes, we didn't have a dominant car," he said.

"There was the odd track where we were quick at. But in my mind, I was like 'Will I ever get a chance to win Monaco again?'

"So there was a lot going through my head for sure."