Ricciardo 'could have cried' after demo run in Earnhardt's car

McLaren's Daniel Ricciardo has said that he felt incredibly emotional after his run in Dale Earnhardt's 1984 Chevrolet Monte Carlo. 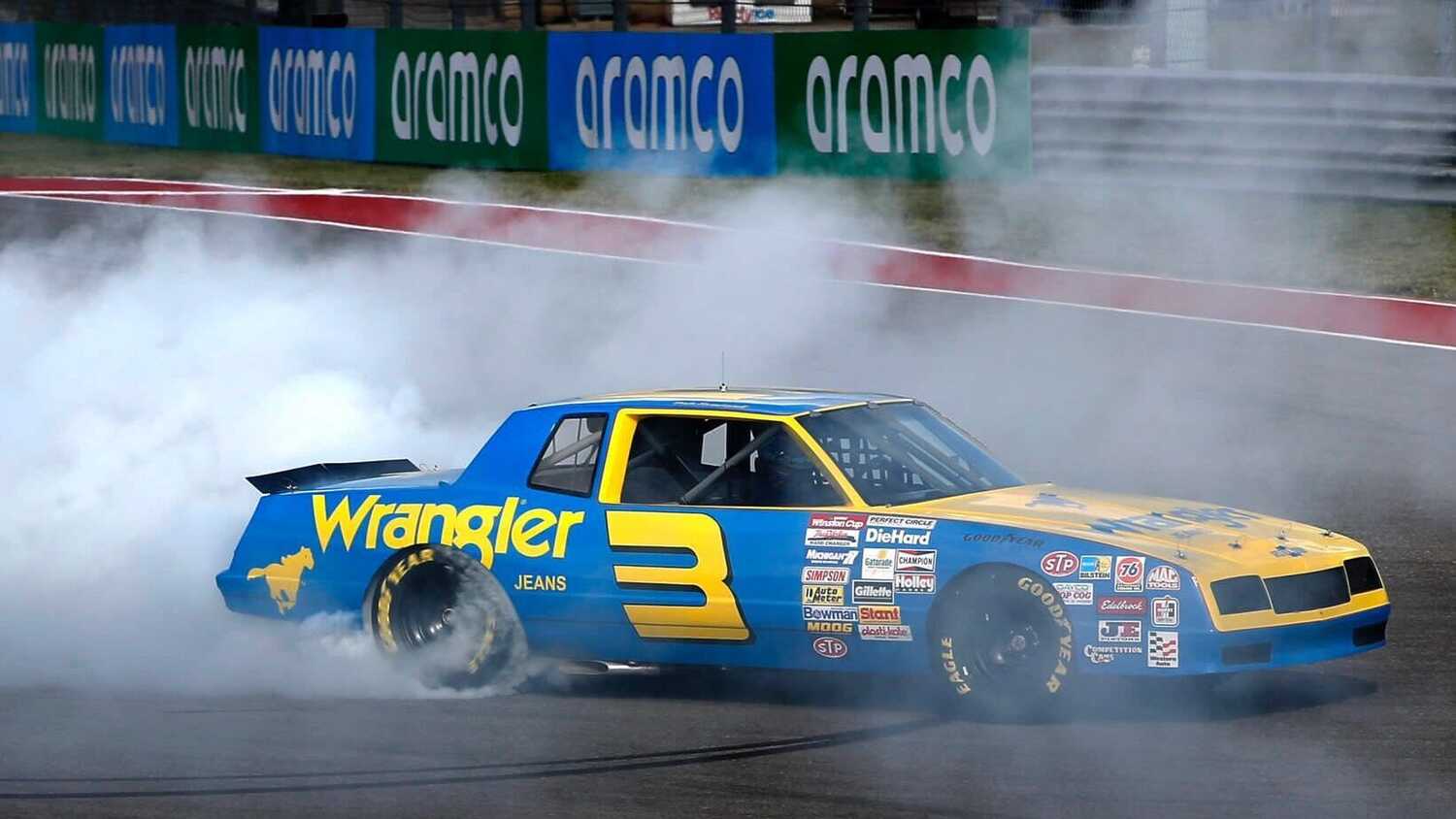 Daniel Ricciardo has explained how much his run in Dale Earnhardt's 1984 Chevrolet Monte Carlo meant to him, after the Australian got the chance to drive his hero's car at the Circuit of the Americas on Saturday.

Ricciardo is a hugely enthusiastic fan of the late NASCAR legend, with 'The Intimidator' tragically losing his life in a crash at Daytona in 2001.

Ricciardo chose his racing number based on Earnhardt being synonymous with the number three, and was given the opportunity to drive Earnhardt's 1984 Monte Carlo ahead of qualifying at the United States Grand Prix.

The opportunity came about as a result of a bet with McLaren CEO Zak Brown, with Brown promising Ricciardo a chance to drive the car if he scored a podium in his first season with the team.

Ricciardo managed that podium in style with victory at Monza last month, and Brown honoured the bet immediately by shipping the car, which he owns as part of his private collection, to the United States for this weekend.

Ricciardo took the wheel of the Chevy and treated spectactors at COTA to a smoky display of donuts, sideways action, and a beaming grin that was visible as he wore an open-faced helmet.

"I think everyone's very glad I wore an open face helmet," Ricciardo told media, including RacingNews365.com, after his run. "It was sick, it was so much fun.

"It's so different as well, so I'm definitely going to get my kicks out of it, just because it's so raw and foreign. The noise, smashing gears, the driving position, everything's quite unique. It's one of Dale's cars, one of my all time heroes, so that was surreal.

"I think to do it here as well... like if we'd rented a private track, it wouldn't have had the same effect, so I'm really grateful that Zak flew it out here."

With Dale Earnhardt Jnr., a NASCAR legend in his own right, tweeting his appreciation of Ricciardo's enthusiasm for driving his father's car, Ricciardo said he felt quite emotional when he was told about the tweets by F1 presenter Will Buxton.

"I immediately got goose bumps," Ricciardo said. "Honestly, if I was in a private setting, and he told me that one on one, I think I would have probably cried a little bit.

"It was pretty, pretty crazy, happy crazy, to be appreciated by that family in general. I was such a fan and I'm a massive fan of Dale Jnr."