RN365 F1 journalist Dieter Rencken believes that next month's Italian Grand Prix could be the venue where Red Bull choose to take an engine grid penalty. 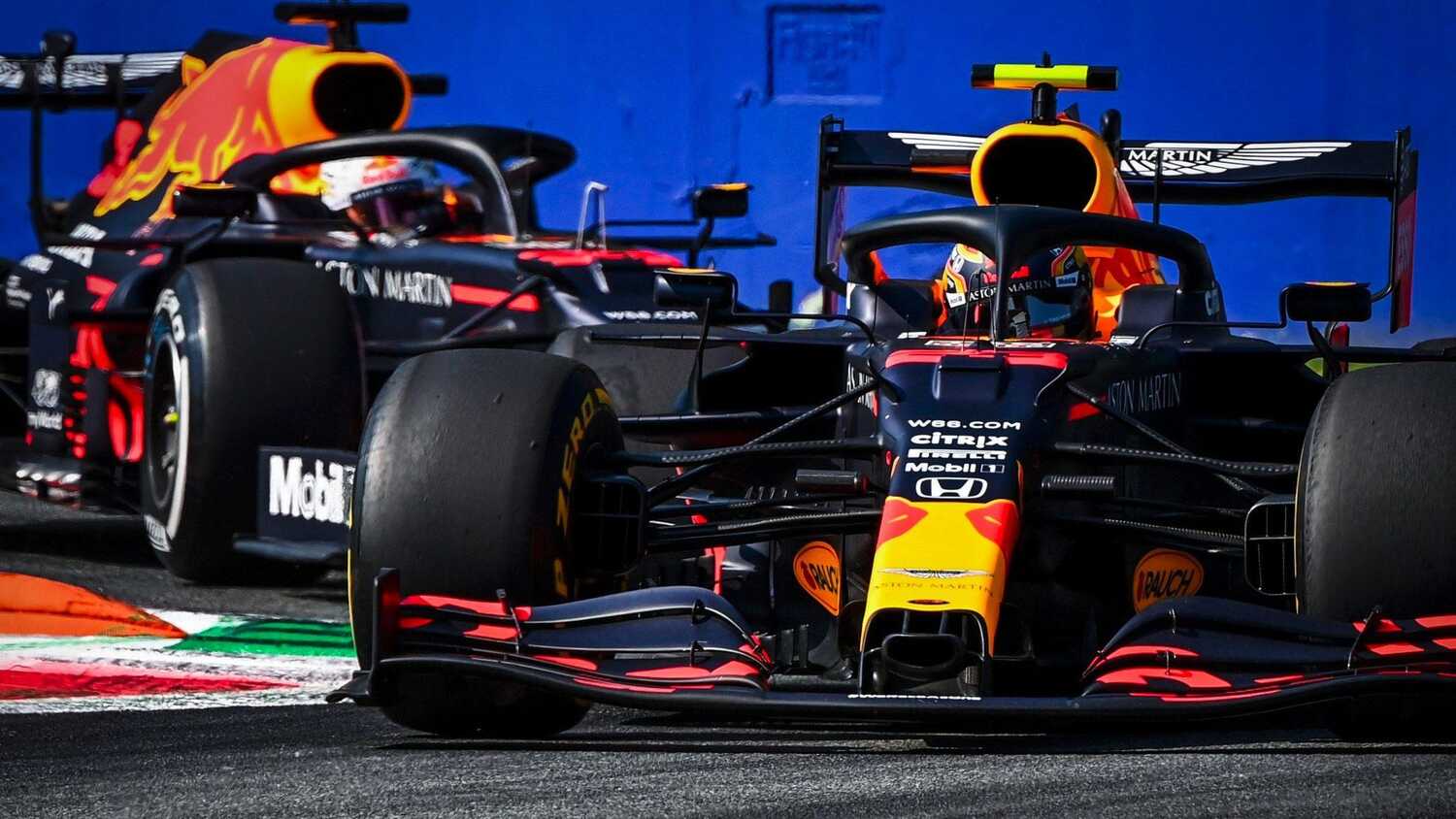 With Red Bull apparently certain to need at least a fourth power unit this season, the team look set to be given a grid penalty at a race over the second half of the season.

Following Max Verstappen's clash with Mercedes' Lewis Hamilton at Silverstone, the Dutch driver was forced to take a third power unit due to concerns about cracks found on the second unit. For Sergio Perez, the Mexican's second power unit was damaged during the first lap melee in Hungary. As a result, both team boss Christian Horner and advisor Helmut Marko have indicated another power unit will be needed over the course of the second half of the season. This would trigger a grid penalty, as teams are only permitted three power units a season.

Speaking on the RacingNews365 F1 Podcast, Formula 1 journalist Dieter Rencken was asked whether Monza is the most likely venue for the team to introduce their engines and take the penalty, given the uncertainty of the Sprint Qualifying race and the ease at which drivers can pass at Monza.

"You took the words out of my mouth, that is the the obvious and logical place to look," Rencken told Thomas Maher on the RN365 F1 Podcast, "because obviously overtaking is never easy but it is easier at Monza than it is at some of the other circuits that are coming up.

"So that is really the logical place to look at it. I think the one caveat that I've got here, is that my understanding is that, at this stage, the penalty does not apply to the sprint race, but to the main race. But I do know that they're looking at the sprint regulations in the wake of Silverstone, because that was obviously an experiment.

"Certainly, at this stage, were theregulations to stay the same where the penalty does not apply to the grid for the sprint race, in other words, your time on Friday is not Saturday plus five grid places or whatever, but that it only applies on Sunday, then that would be the logical place to take it.

"Let's assume you set the fastest time on Friday night, which is the qualifying session, then you would start the sprint race first. If you are carrying over an engine penalty, if you then win the sprint race, you would then start the main race in sixth place.

"So basically, what I'm saying is that if you get the fastest time on Friday night, you will still start on pole position for the sprint event on Saturday, even if you have a new engine, but you will not start from pole on Sunday. You will take the penalty then."

Listen back to the RN365 F1 Podcast below!