The first session was brought to a halt after Turvey hit several cars standing stationary for a practice start and race control then cut FP2 short after curbing came loose and was unable to be repaired within the time limits. 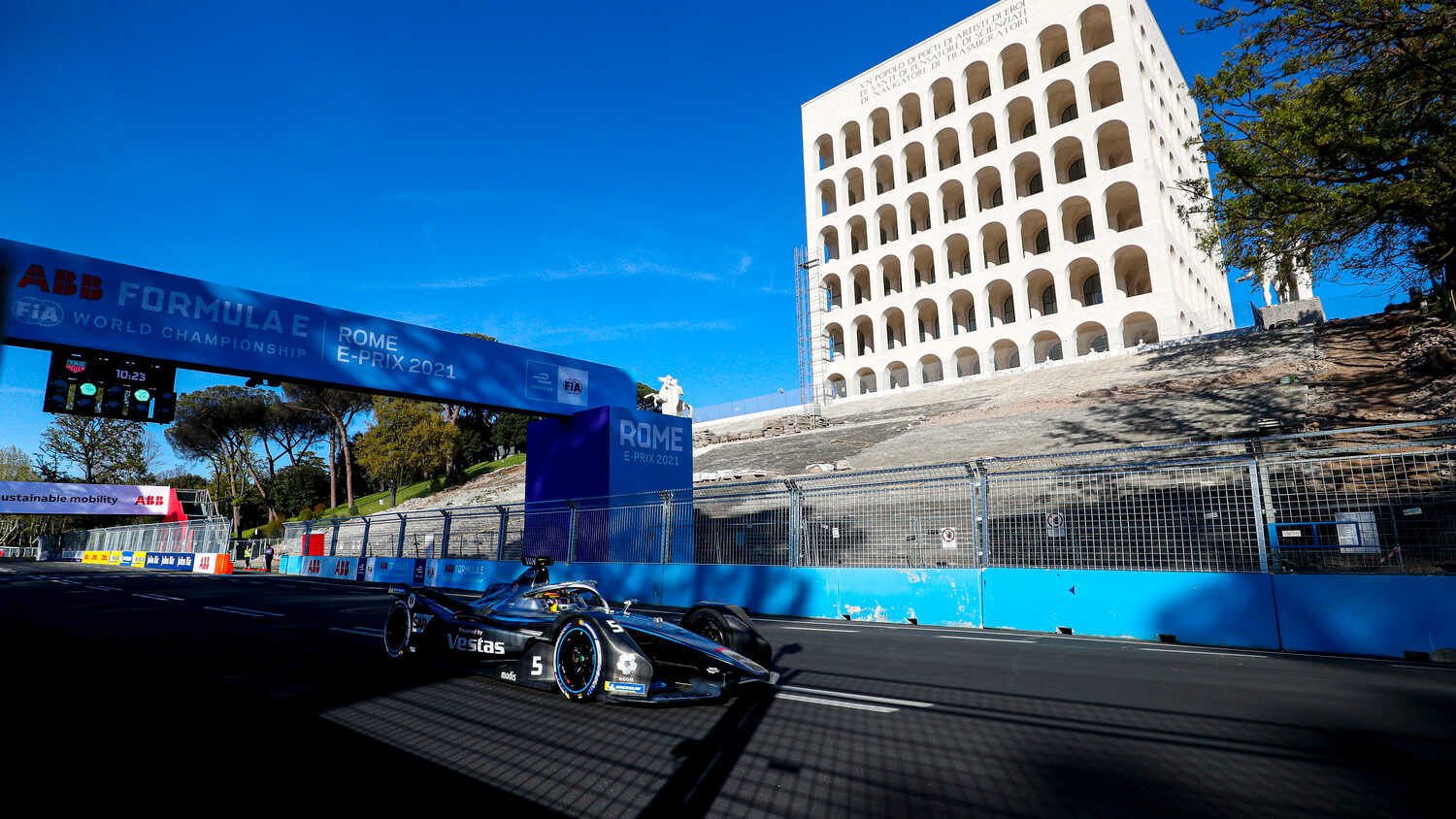 Maximilian Guether with BMW i Andretti Motorsport came out fastest in the Formula E Rome E Prix's shortened second practice this morning after the first run of the day came to an abrupt end under red flags following a crash by NIO 333 driver Oliver Turvey.

Nyck de Vries was the second fastest driver in the field in FP2, 0.192 seconds behind the leader and ahead of Mercedes-EQ teammate Stoffel Vandoorne at the new 19-turn, 3.4km Circuito Cittadino dell'EUR, which has undergone a number of changes since the teams last tackled the track in the 2018/19 season.

Red flags appeared in FP2 after a part of the curbing came loose on the Turn 12 chicane, forcing race control to bring proceedings to a halt while the authorities removed the curb, which was replaced by a barrier.

Di Grassi topped the first practice session ahead of Vandoorne who was 0.062 seconds behind, followed by Envision Virgin Racing’s Robins Frijns in third.

The most startling moment of the session came right at the end of FP1 as NIO’s Oliver Turvey, coming in to finish a flying lap, was seemingly unaware that the rest of the grid had come to a halt ahead of a practice start.

The driver careened into the back of the DS Techeetah of Jean-Eric Vergne, who in turn was pushed into the BMW i Andretti Motorsport car of Jake Dennis, bringing out red flags to end the session.

All three drivers were immediately ruled out of the curtailed second session but appear to be ready for the qualifying and superpole session later today.