Red Bull won't lodge protest against Mercedes 'at this race'

Red Bull's Christian Horner has ruled out the possibility of protesting against Mercedes after the Brazilian GP. 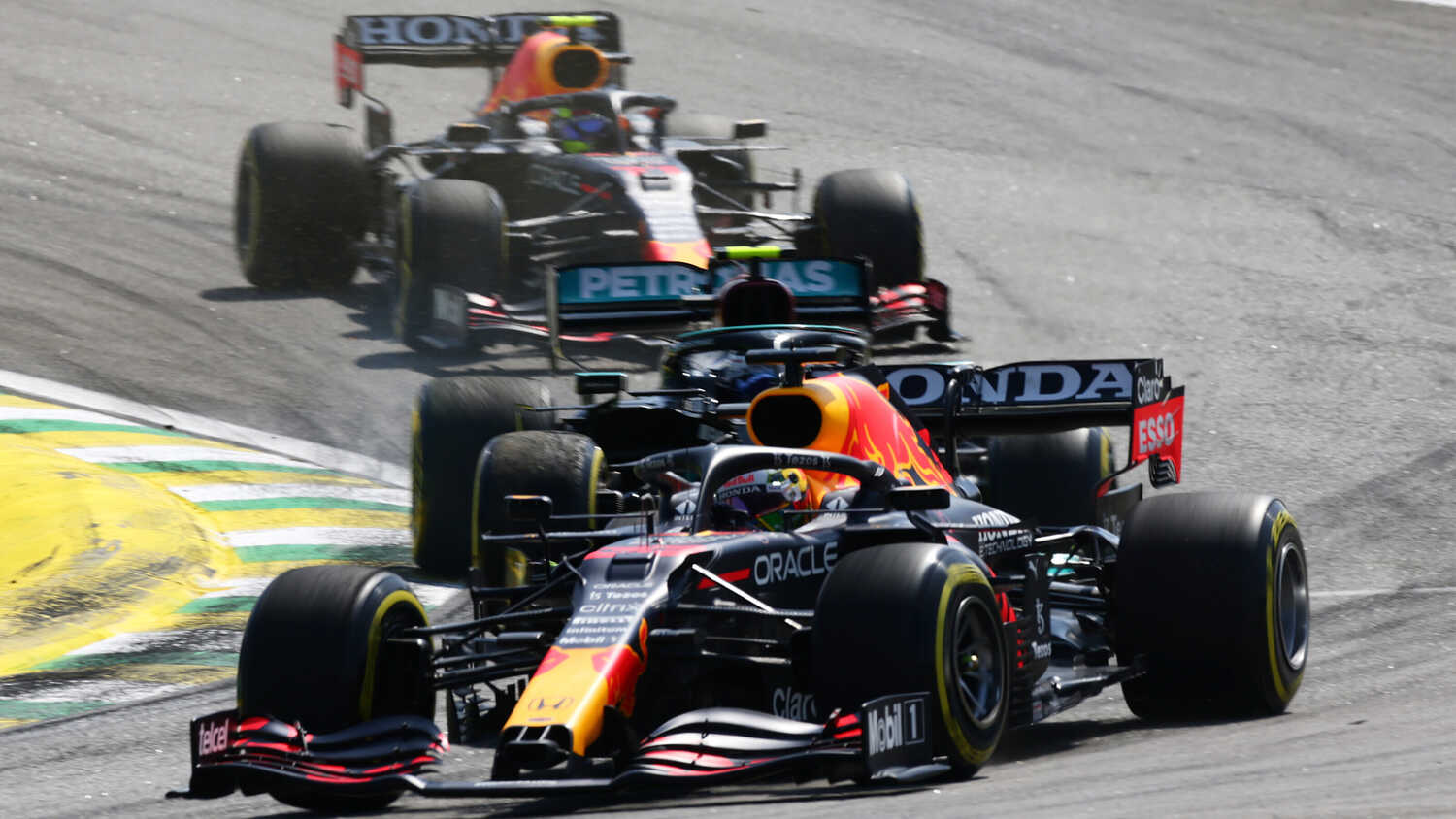 Red Bull have no intention of protesting against Mercedes in the wake of their defeat in the Brazilian Grand Prix, despite making barbed comments about the W12's straight-line speed throughout the weekend.

Verstappen was beaten to the victory at Interlagos, even though he started from the front row of the grid, while Lewis Hamilton lined up back in 10th after an engine change penalty.

Having been caught by Hamilton, Verstappen was powerless to prevent his title rival from overtaking him down the straight between Turns 3 and 4 as the Mercedes got within DRS range.

Red Bull are understood to have approached the FIA on Friday morning for clarification about the level of flex on the Mercedes rear wing, but Horner said there's no intent to formally protest against their rivals at the moment.

"We won't be protesting at this race," Horner told Sky Sports, when asked for the team's current position.

"It's important to understand where the speed has come from. Obviously, they've had a new engine here, they're running Monaco levels of downforce...

"Yet, when he [Hamilton] passed Max, he was close to 30 kilometres an hour quicker on that lap, so it's just something that we need to understand.

"It's down to the FIA to police the sport and to govern it. We trust in them and their tests and their investigation."

What was Verstappen checking?

Verstappen was given a €50,000 fine for a breach of parc ferme conditions earlier in the weekend, having been seen approaching and touching the rear wing of Hamilton's car after Friday qualifying.

Beaten by four-tenths of a second during that session, Verstappen opted to take a closer look at Hamilton's wing. For this breach of the FIA's International Sporting Code, Verstappen was given the hefty fine.

But Horner wouldn't reveal just what Verstappen had checked when he touched the Mercedes.

"It'd be inappropriate for me to comment, but there's quite a significant difference," he said.

Red Bull advisor Helmut Marko also said that the game plan for the team is still to try figuring out what Mercedes have done, without the need for protest.

"We don't have enough facts," he told Sky Sport Germany.

"If we decide to protest, it is our very last resort."