Red Bull and Verstappen suffering from lack of engine deal

While Red Bull and Honda have a deal in place that would see the team continue to use the Japanese manufacturer's engines, the lack of an agreement regarding a potential engine freeze may lead the team to quit F1. 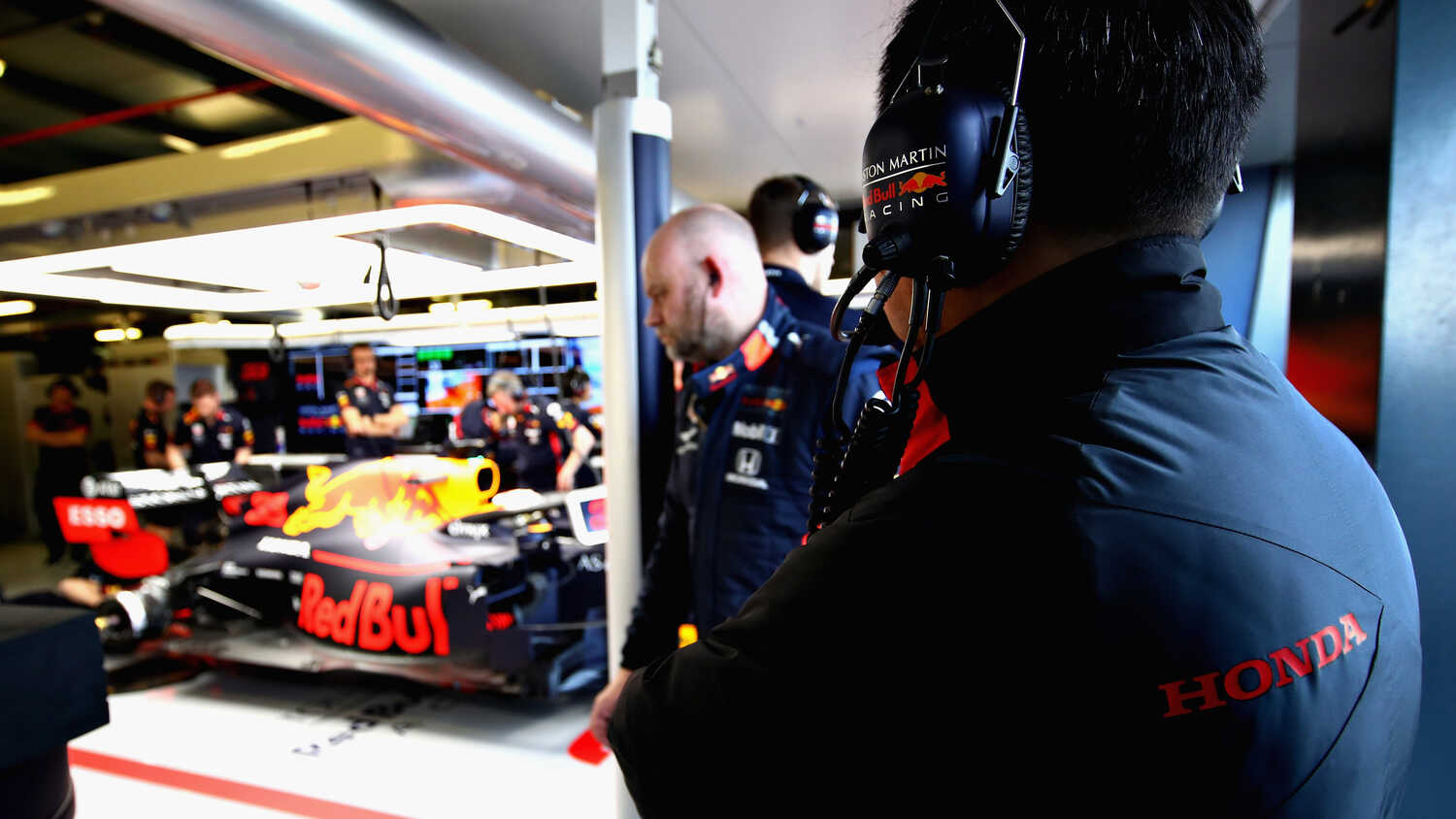 After Honda announced that it would be leaving Formula 1 at the end of the 2021 season, Red Bull came up with an agreement where it would continue to run the Japanese manufacturer's engines under its own management. While the team will bring over some members from Honda to help with the process, Red Bull still needs more help to get the plan off the ground.

That is why an engine freeze is so crucial to the Milton Keynes outfit.

A meeting between teams was held, where the possibility of a Balance of Performance (BOP) type rule was discussed in addition to a potential engine freeze. However negotiations quickly disintegrated and the meeting will be revisited in two weeks at the earliest.

The team with the most to lose if the proposed BOP came into effect is Mercedes. The German team has had the best engine for the past seven years and will be in no mood to give up its advantage.

While Renault could possibly remain neutral on the matter, Ferrari are expected to pursue the regulation in case their engine doesn't improve after a disastrous 2020 performance.

With Honda announcing their intentions to leave F1 in October, the Milton Keynes based outfit wanted their engine question resolved by November. November came and went and so did the new year with no signs of a resolution.

As of January 2021, things are still very much up in the air. While Red Bull and Honda have an agreement, the future of the team is contingent on an engine freeze being approved, and to a lesser extent the aforementioned proposed BOP rule.

If an agreement can't be reached, it may ultimately lead to the energy drinks firm pulling out of the sport. Red Bull advisor Helmut Marko minced no words saying:

"Red Bull will have to reconsider its future in Formula 1, this is not blackmail! It is the logical solution for Formula 1."

With a complete technical overhaul on the horizon in 2022, teams have already begun preparing for next season.

While Red Bull may have the advantage of tailoring their chassis to get the best out of the Honda engine, failure to reach an agreement will have drastic consequences. A switch to Renault, something Red Bull are looking to avoid, might necessitate a complete redesign of their chassis, and in turn, set the team back for the next few years.

The future of Max Verstappen

In Max Verstappen, Red Bull have one of F1's biggest names. However, with the team's future uncertain as ever, the Dutchman might want to keep his options open.

A possible seat at Mercedes might become available in a year's time with Lewis Hamilton's future in Formula 1 still up in the air.

With that possibility in mind Red Bull will look to do all that they can in order to retain their crown jewel, and the first step to doing that will be to decide on an engine partner.

What is Red Bull's best option?