Kimi Raikkonen enjoyed being teammates with Sebastian Vettel at Ferrari, but it seems that each driver had a different approach to doing their job. 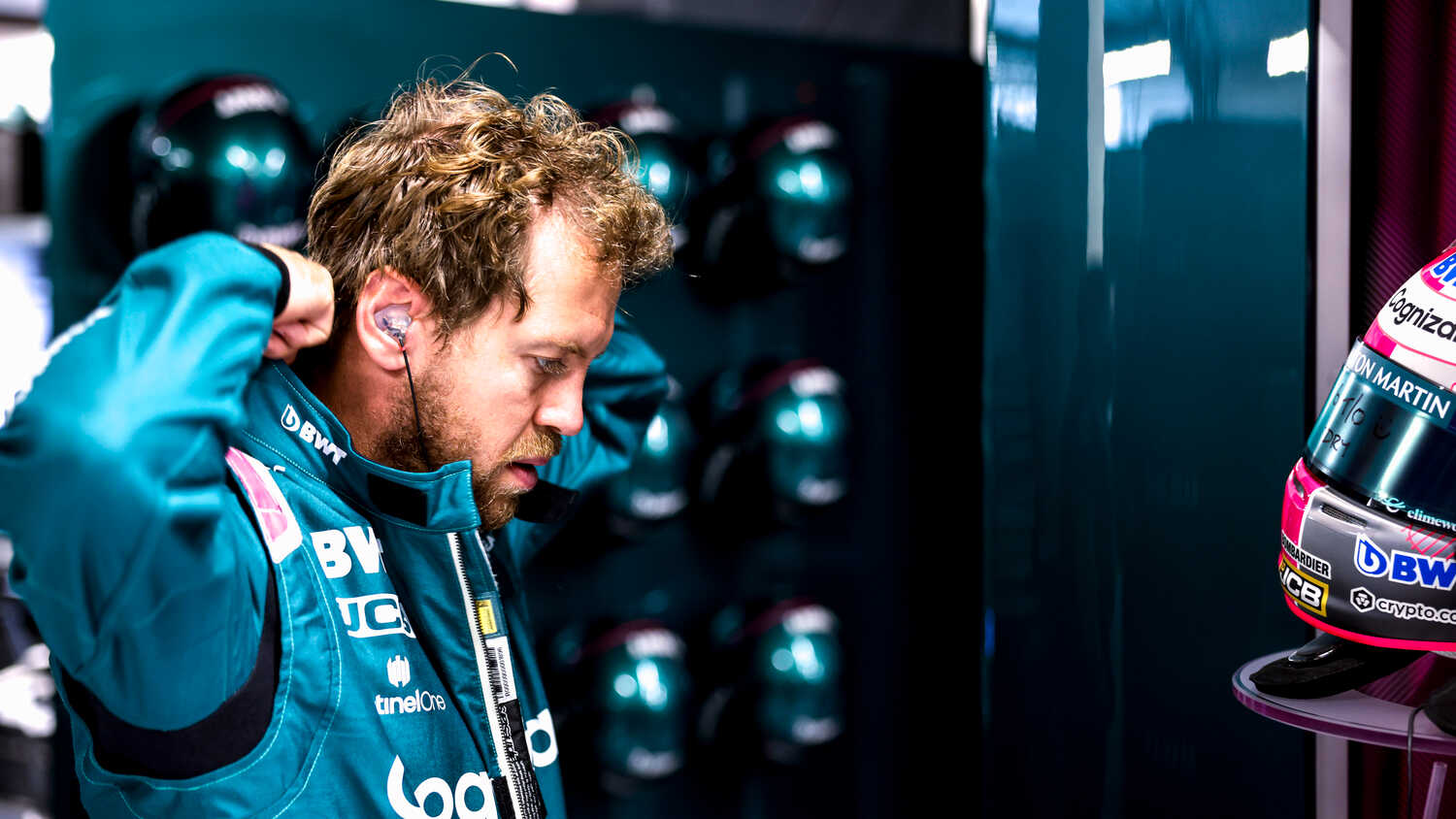 Kimi Raikkonen has been reflecting on his time spent as Sebastian Vettel's teammate, a period in which he was able to observe Vettel's "particular" way of working.

The two drivers were paired together at Ferrari between 2015 and 2018, and shared an amiable relationship away from the track.

Vettel is known for taking notes and going into great detail during technical briefings, and Raikkonen admits that this was something he witnessed at the Scuderia.

"Obviously [he's] a great guy," Raikkonen told the Beyond The Grid podcast when asked about Vettel.

"We had a good relationship always, and [he had] a very particular way of working!"

Every F1 driver has a "different way"

When interviewer Tom Clarkson commented that Vettel "works hard", Raikkonen suggested that Vettel's method of working does not necessarily mean that he is doing more than other drivers, with each taking their own approach to the job.

"What is hard [work], what is not hard [work]?" Raikkonen said. "But it might take a while [for Vettel]!

"But then everybody has their different way. It doesn't always... People say, 'Oh, he must work hard, because he leaves the last'. Not him [Vettel], but that's generally.

"It's like, if you've done your work, if you're only going to stay at the paddock, or whatever it is, for an extra three hours to make sure that you're last [to leave], that you look good...

"People can do what they want. I'll do my job, and when I'm happy that everything is done as we wish with the engineers, I leave.

"We all have a different way of working, and different things that we want to look [at] and see."

Did Vettel fail by not winning the championship with Ferrari?

Vettel has previously argued that he "failed" during his six-year stint with Ferrari because he did not win a World Championship with the team.

Raikkonen can understand why the German may feel this way.

"We are all here to try to win, and if you don't win, it's kind of been a failure, in many ways," the Finn explained.

"I don't mean it as a bad way. There could be endless reasons for it. But we are here, especially when you're in a team that we expected to win as a team, you could say that is a failure, or it's kind of [that] the year didn't count much, but that's just what happens."

Raikkonen had several teammates during his extensive Formula 1 career, including a brief time working with Juan Pablo Montoya at McLaren, as well as being paired with Fernando Alonso at Ferrari.

The 2007 World Champion thinks that his relationship with Vettel was one of the best he experienced in F1, as well as his time working with Antonio Giovinazzi at Alfa Romeo.

"I have with Antonio [a] very good [relationship]," Raikkonen revealed.

"Because also, obviously, we've been now three years in the same team, but he was at Ferrari when I was there.

"So I think it's very similar, because Antonio was involved in a lot of things there, even those years, so we knew each other already. But probably the closest of anyone as a driver, for sure, were Seb and Antonio.

"But also with Seb, we used to live very close to each other, so [we] got to spend some time [together] outside of the race."